15th Annual Gifts for the Homeless Banding Together: Battle of the Law Firm Bands – June 14th 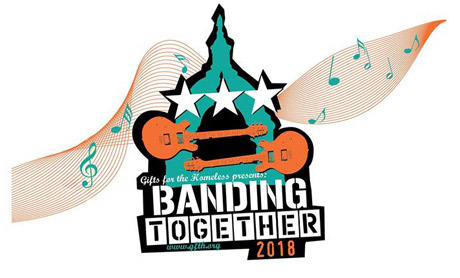 D.C. based non-profit organization, Gift for the Homeless (GFTH) invites you to combine your passion for music with a good deed by attending this summer's biggest rock show. The organization, which is run by volunteers, conducts clothing drives to service the homeless in the Washington, D.C. area. On June 14, GFTH is hosting their largest annual fundraiser, Banding Together: Battle of the Law Firm Bands, for the 15th year in a row...and they want you to join!

Members of the DC legal and music communities, including attorneys, legal secretaries, and paralegals, will come together on two stages at The Black Cat to raise money for D.C. area homeless, hoping to make their next winter a little warmer. This year, there will be over 15 bands showcasing their talent, all made up of members of the legal community. The bands will duke it out for the title of "The Top Lawyer Band in DC" while raising money for a fantastic cause.

The event will be emceed by The Washington Post's Capital Weather Gang. To top it all off, Maurice F. "De" Smith, Executive Director of the National Football League Players Association (NFLPA) will be making a special guest appearance!

In 2017, the event raised over $325,000 for GFTH—help beat that number this year by voting with your donations for your favorite amongst the 17 bands entered. Every dollar donated will go towards purchasing essential clothing and winter items for distribution through the shelter system in Metropolitan Washington.

Head to The Black Cat on June 14 to join GFTH in making a difference in the lives of those less fortunate while simultaneously supporting the local music scene.

To help donate to this cause please donate using the following link:

Tickets may be purchased for $20