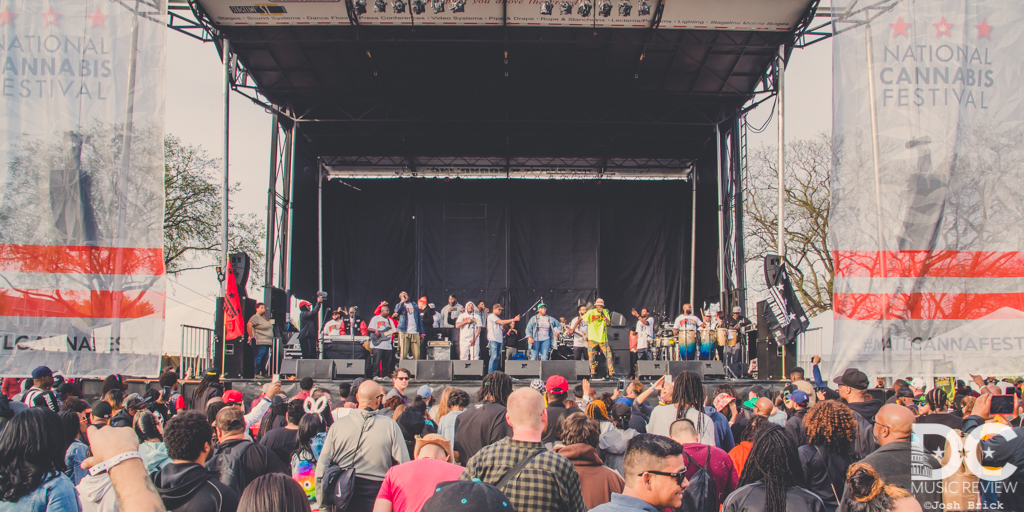 The third annual National Cannabis Festival rocked the RFK stadium grounds last on Saturday, April 21 with a sold-out crowd that brought thousands together from DC to California to celebrate and support the legalization of medical and recreational marijuana across the United States. The bright and warm weather from the year’s festival was a stark contrast to last year, which was a on overcast and rainy, yet enjoyable afternoon. This year’s weather brought the largest crowd and attendance the National Cannabis Festival has ever seen, even selling out of tickets at one point during the day. And with that came the inevitable frustratingly long lines to enter the stadium, which was heard to have extended the RFK stadium itself!

For a $50 ticket, festival goers not only enjoyed an afternoon of marijuana consumption without scrutiny, they also had access to around 100 vendors offering products and services from t-shirts, to buying and learning how to set up an manage cultivation equipment, to wellness services and clinics, to glass blowing demonstrations, to smoking accessories. One could also find their way to learning about marijuana policy and how they can affect change in their community at the policy tent, or learn about green yoga from Vida Fitness. Or, one could get lost in the seemingly endless supply of food trucks that I’ve ever seen, including BACON STEAK. And of course, there was a killer music line-up featuring DC favorites: Beau Young Prince, DJ Ayes Cold, Oh He Dead, Names, MARLEE, See-I and headliners  Backyard Band and rap royalty, Cypress Hill!

We look forward to next year’s festival which will take place of Saturday, April 20​ 2019!