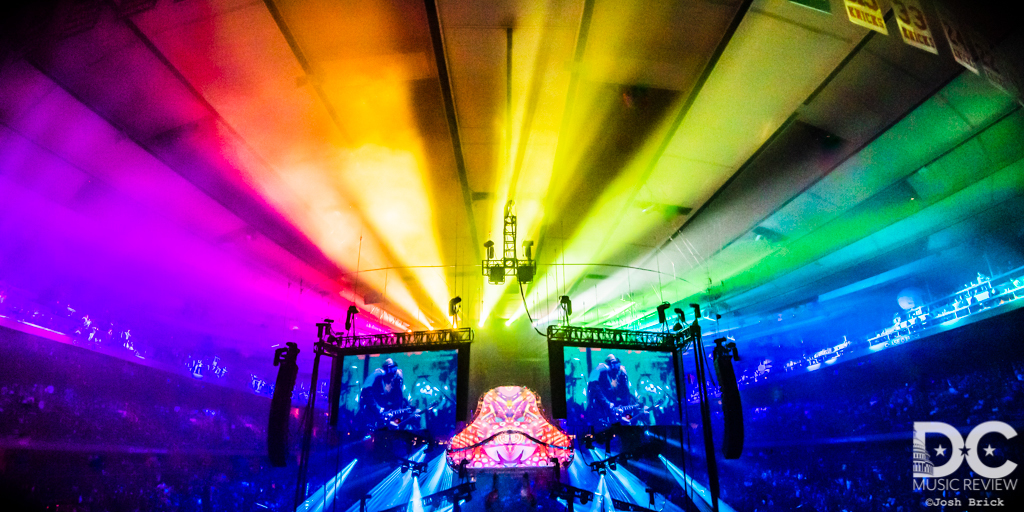 This article was updated to include our full review + photo gallery

The "Brothership" took off on Tuesday, March 10, in the nick of time as The Brothers celebrated 50 years of the incomparable Allman Brothers Band (ABB) at Madison Square Garden in New York City. Former members of ABB (Jaimoe, Warren Haynes, Derek Trucks, Marc Quinones, Oteil Burbridge) were joined by select guests (Reese Wynans, Chuck Leavell, Duane Trucks)  to assemble a juggernaut band of brothers that showered a raucous crowd with musical elation in a spectacular, one-of-a-kind concert in “The World's Most Famous Arena.” It may have been the last possible evening for a concert of such magnitude due to the global spread of the Coronavirus and every fan in the building understood how lucky we were. The band was tight from the outset and fiery throughout the near four hour performance including a break between sets.

Derek Trucks and Warren Haynes exhibited their unique musical chemistry, both laying down searing solos throughout the special  night. In a surprise showing, Trucks wielded Duane Allman's goldtop Gibson Les Paul guitar to begin the second set. Oteil Burbridge was an ace on the low end, playing with his signature smile and backed by a freight train of Duane Trucks and the band's sole original member, Jaimoe. Marc Quinones was a beast on percussion, augmenting  the powerful rhythm section with power and precision. Reese Wynans (Double Trouble) stepped in nicely on organ and joined by Chuck Leavell on grand piano for much of the night. The Brothers played a flawless two sets, featuring every song from the band's eponymous, 1969 debut album as well as other classics including "Dreams," "Jessica," "Mountain Jam" and a massive "In Memory of Elizabeth Reed." The Garden was transformed into a beautiful mosaic of color with an amazing production team that included light design by Christopher Ragan (Raygun Designs) + Max Blackman (BML-Blackbird), as well as live, liquid oil design by Liquid Light Lab + Marco Fererro and graphics by Johnathan Singer.

The band saved the best for last and featured two of the Allman's most historic songs for an unforgettable encore. "Midnight Rider" had the entire crowd signing along before the band launched into a monstrous, thundering "Whipping Post" marked by Haynes quoting his late musical brother, Gregg Allman, "a good friend told me – there's no such thing as dying." This band of brothers, for one night, proved that the road does indeed, go on forever. Click here to see the setlist for The Brothers 50 performance at Madison Square Garden on  March 10, 2020