Anne-Marie Brings Out Her Many F.R.I.E.N.D.S. To U Street Music Hall For A Night Of Pure Joy 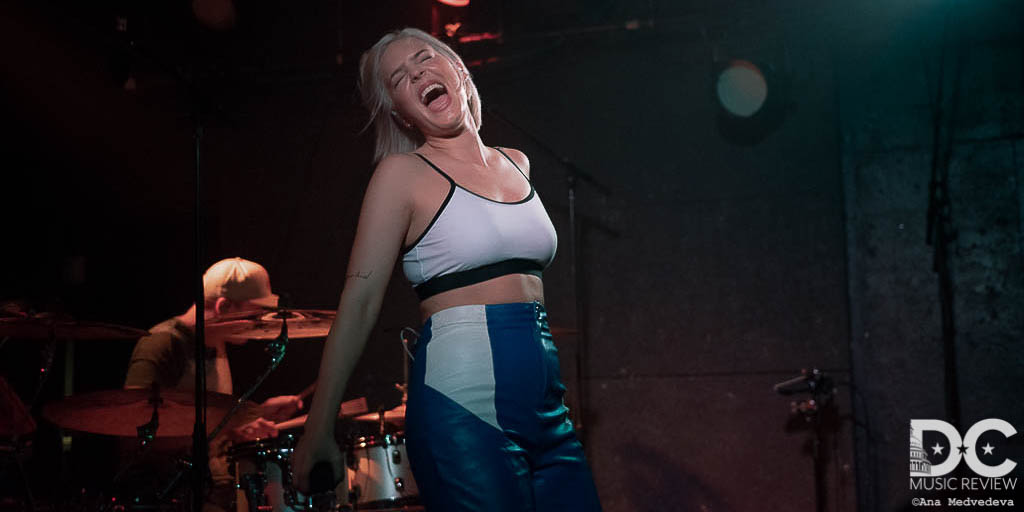 A soaking wet crowd piled into U Street Music Hall last Wednesday, September 26. It was the final night of the Speak Your Mind tour, and nothing was going to stop the sold out crowd from belting their favorite Anne-Marie tunes back to her.

The night started off with the charismatic Goody Grace commanding the stage. Having recently turned 21, the Manitoba native encouraged the crowd to drink, that is of course, if they were of age. “You guys dare me to take these? I guess I gotta take these...” as he threw back both shots, without even a tinge of a grimace.

As Anne-Marie's set time crept closer and closer, the chattery crowd began squeezing to the front. Grooving around through two more songs, she took a moment to pause and addressed the sweaty crowd.

“Yeah...it’s HOT in here, wow. You know, I really regret wearing these pants. I mean they’re sick, but oh my GOD I’m dripping in sweat.”

Slowing down the pace so that everyone could cool down, she launched into the empowering body positive anthem, “Perfect”.

“I wanna play you guys this song...not sure you’ll know it” teased Anne-Marie, coyly jumping into “2002”, one of her biggest hits.

Giggles spread throughout the crowd as they realized the trick she just played on them.

But Anne-Marie wasn’t keen on keeping her setlist to the hits. Turning around to her band, she explained that she had made them soundcheck this next song with her for hours, as she had only written it two weeks ago.

Perhaps this was the song she told me about during our interview a few weeks prior. If so, her performance did not hint to any nerves at debuting a new song to a sold out crowd.

Closing out her set to the incredibly popular radio hit “Rockabye” followed by “F.R.I.E.N.D.S.”, pure joy continued to flow throughout the room.

The audience jumped up and down in the heat to the quick beats of each song, belting their hearts out.

Handing the mic to a fan for a timely shout of “Rockabye”, it was evident that this night had encompassed everything a concert should be. Joy, laughter, and an escape from the world no matter how rainy it may be.