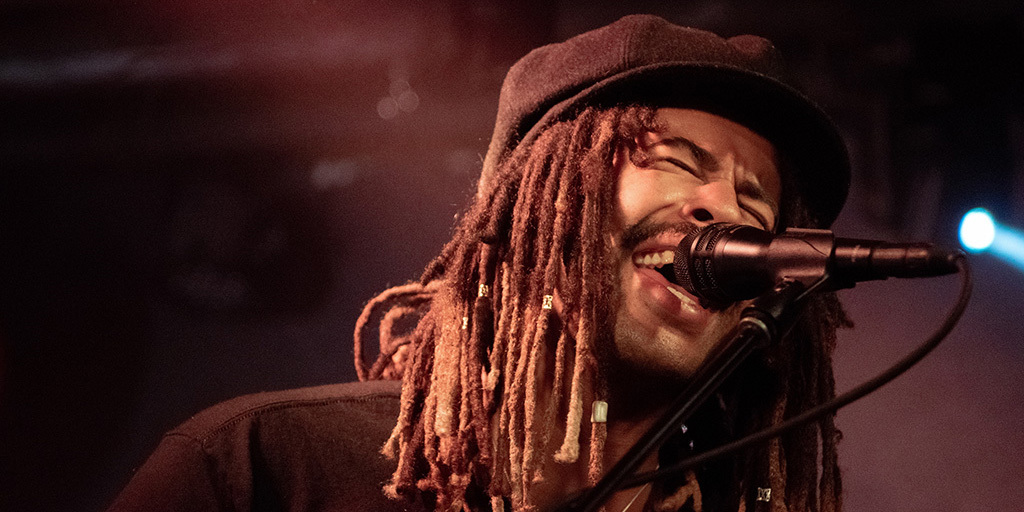 After a rousing opening performance from local psychedelic indie rockers Coral Benders, the packed room condensed into a tightly packed crowd of enthusiastic fans chanting eagerly for Ocean Alley to take the stage.

The Australian based band shuffled through the audience to take their place on stage and kicked off the night with the very Pink Floyd-like “Corduroy.” The tune, full of a wailing guitar and ethereal vocals set the mood for what would be a trip of a night. A second track from their latest release Chiaroscuro followed. Similar to the opening track, “Comedown” was played in a similar laid-back yet still quite masterful manner.

Ocean Alley are as cool and breezy as their beachy name implies. With each member rocking a full head of long hair, Ocean Alley looked as though they were fresh off the beach and out of the ocean. The Australian band is comprised of Baden (vocals), Angus (lead guitar), Nic (bass guitar), Lach (keys, vocals), Mitch (rhythm guitar), and Tommy (drums). They played both laid-back easy listening indie tunes as well as full-on rock ’n roll. Tracks like “Knees” and “Yellow Mellow” conjured images of summer days surrounded by sand and sunshine, while others like “Overgrown” made you want to give in to the mosh pit and rock out.

Opener Coral Benders definitely helped set the tone for the night with a live sound that is a blend of The White Stripes meets Pond. Lead vocalist Brennan Duckett has straightforward and powerful vocals that don’t need any embellishment to impress. Their sound sometimes felt angsty, as though a group of boys banded together in a garage to rebelliously play in a band. The fuzzy instrumentals and passion oozing from the band was intoxicating. They were the perfect act to precede Ocean Alley.

DC9 was Ocean Alley’s debut DC performance, which they described as “very special.” Over and over the band iterated how grateful they were for such enthusiastic fans. Baden explained that they were quite tired after such a long tour, and excited fans kept them going.

The audience at DC9 definitely gave the band the warmest of welcomes, singing along to every song and closing out each track with deafening cheers. Ocean Alley sound as though Tame Impala and Santana did a joint album and created a psychedelic reggae baby. Their sound is totally fresh and as breezy as their name indicates. Both Ocean Alley and Coral Benders are touring in support of new material. Coral Benders recently released single “Supermoon,” while Ocean Alley is on tour for Chiaroscuro (an album title they joked they too had “only just learned how to pronounce”).

Ocean Alley continues their US tour before heading to Europe, while Coral Benders can be found on June 29 at the Velvet Lounge.

Click here to see the setlist for Ocean Alley's performance at DC9 on Saturday, June 23, 2018