Bang Bang! – The Monophonics Bring Down The House With Their Soulful Sound 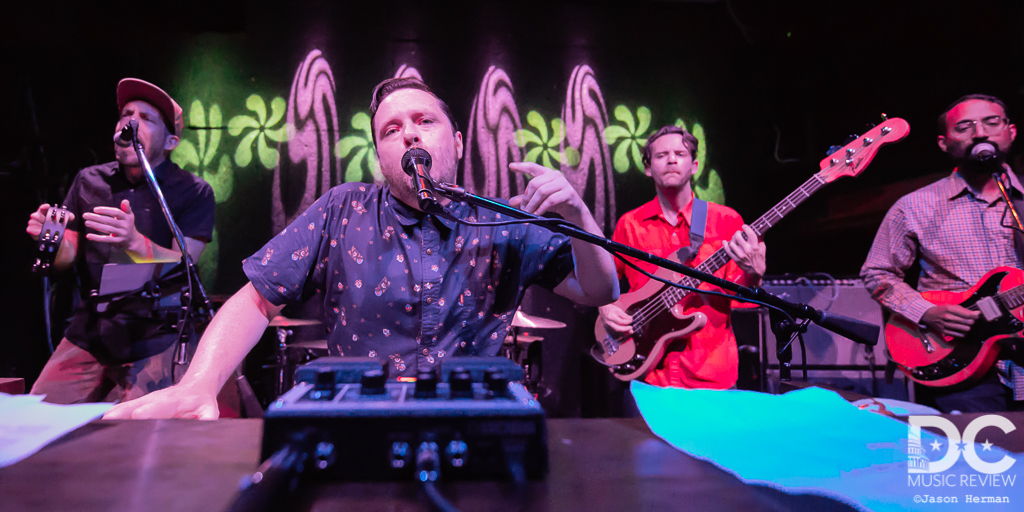 An exuberant and powerful performance by Kelly Finnigan ends the evening.

Being as close to the music scene in Baltimore as I am, I go to a lot of shows.  More often than not the music is very good, but every once in a while a band will do everything right and smashit from start to finish.  On June 24 at the 8x10, the Monophonics took care of business and treated the crowd to a night of psychedelic funk and soul, combining the perfect selection of original songs with classic soul and funk covers. This show would confirm what I already knew about the band (that they are great), and by the time it was over, they undoubtedly earned some new fans.  Their powerful blend of classic soul sounds and straightforward funk create the perfect backdrop for front man Kelly Finnigan (also the keys player) to belt his soulful vocals over. The show would begin with two covers, The Jimi Entley Sound’s “Charlies Theme,” and Betty Lavette’s soul stirring classic “Let Me Down Easy.” From there, the band would play the first of two original songs, digging into their 2015 release The Sound of Sinning with “Lying Eyes,” followed up by the title track on the album. Up next was one of the more recognizable songs from the 2012 album In Your Brain, “Foolish Love.” This one got the crowd going in full swing, and when the opening piano riff started it got one of the biggest crowdreactions of the night.  After “Say You Love Me,” another selection from In Your Brain, they would continue with another cover tune, Eddie and Ernie’s “Bullets Don’t Have Eyes.” The first single off of Sound of Sinning, “Promises” would follow to the delight of those familiar with the song. This is one of my personal favorite songs on the album, so I was happy to hear them play it. One of the more surprising covers would come later in the set, in the form of Neil Young’s “Southern Man.” In my opinion, a cover is always best when the band playing it makes it their own without taking away from the spirit of the original.  They did a perfect job putting their own twist on the 1970 rock classic.  Ending the set with a powerful rendition of “Deception,” also on In Your Brain, they would return to the stage for a double encore, beginning with another one of their most played recordings, their cover of Sonny and Cher’s classic “Bang Bang.” I have to admit, I’ve been listening to their cover of this song for a few years now (It is featured on The Sound of Sinning); however I had no idea this was a Sonny and Cher song.  I thought it was just a fantastic cover they did of that song from the Kill Bill soundtrack. So props to them for really making that one their own like I mentioned above, and for giving me some new music trivia knowledge (that I probably should have already known). They closed the night in high energy fashion with a funky B side recording released in 2012 called “High off Your Love.” A heartfelt and emotional Kelly Finnigan.

This was the perfect way to close out the weekend, and there were so many familiar people I see out all of the time that had never been to a Monophonics show.  Speaking with most of them afterwards, the feeling was unanimous that they had all found a new favorite band to add to their list.  Baltimore knows good music, and I think I speak for everyone that was lucky enough to be at the 8x10, that we hope to see the Monophonics return sooner than later.

Click here to see the setlist for Monophonics' performance at The 8x10 on June 24, 2018

2. High off Your Love