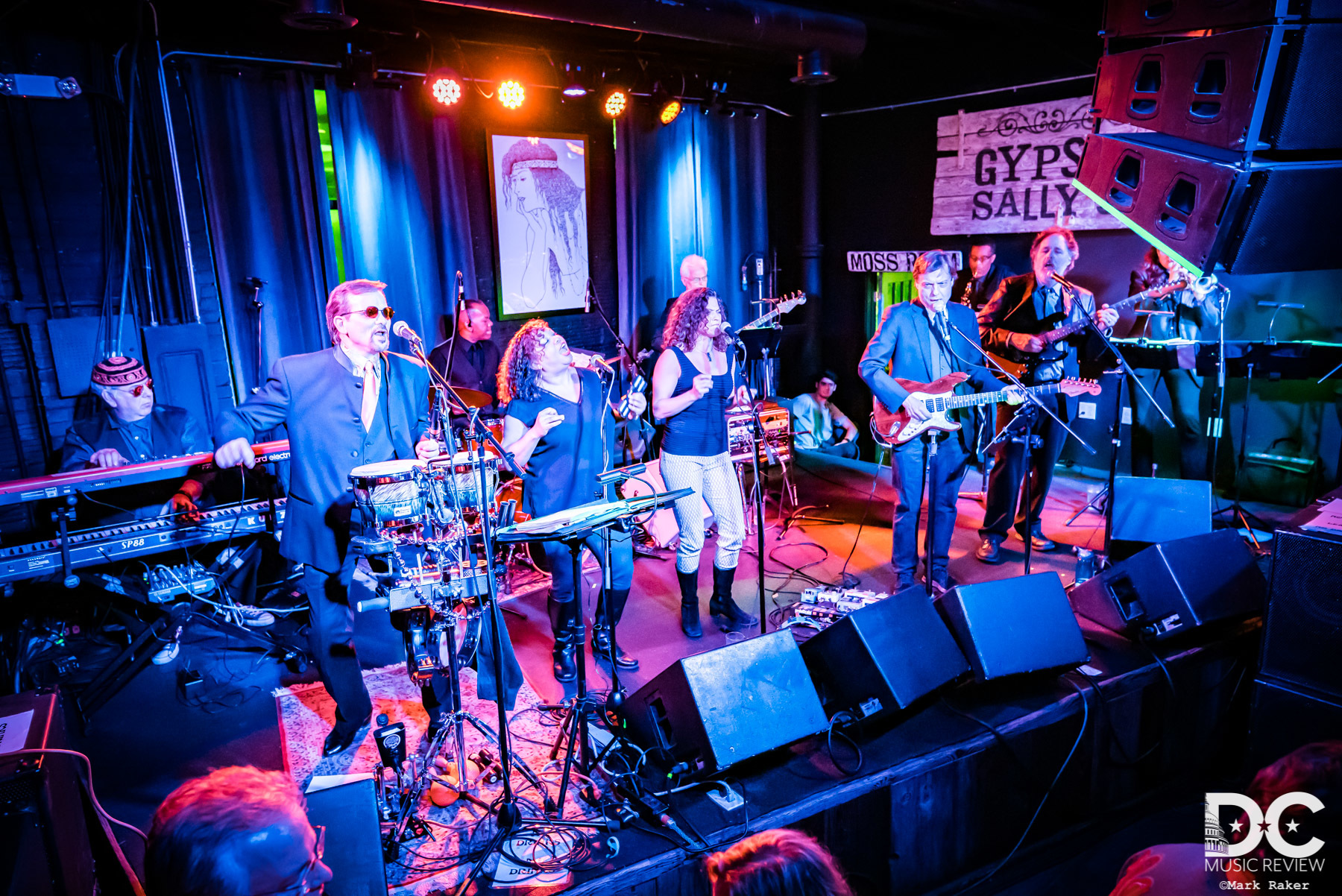 Washington DC finally has a band that truly captures the wonderful sounds of New Orleans, and its name is The Beat Hotel. On Friday, January 26,  at Gypsy Sally’s, a happy crowd danced along as The Beat Hotel performed a high energy set rich in great songs, fabulous harmonies, creatively tight arrangements and a kicking horn section while remaining lovingly anchored in New Orleans tradition. Make no mistake – this is party swamp music. The dance floor was packed with an audience beaming from the radiant energy, infectious grooves and joyful music coming from the stage.

The foundation of the band was laid when bandleader and lead guitarist, Bruce Blaylock, lived in New Orleans for many years, playing music with some of the crescent city’s musical giants, including George Porter (bass player for The Meters) and Cyril Neville’s Uptown Allstars (from the world renown Neville Brothers). Blaylock brought that New Orleans musical knowledge back to DC and has now assembled a tight band comprised of some of DC’s finest local musicians.

The band’s fabulous lead vocalist, Lauren Cattaneo, has sly timing and soulful grit, and five of the musicians (including Caz Gardner and Andrew Ratliff) sing, trade verses, harmonize and create vocal magic in textured cross-rhythms that embrace the many styles of New Orleans music.

They also have a killer horn section (Justine Miller,Tracy Cutler & Doug Elliott) that can go from a raucous Dixieland jam to an Allen Toussaint style melodic counter-point on a dime.

The set opened, appropriately, with Francis Thompson’s drumbeat: a crisp, chattering syncopation for “Hey Pocky Way”, the classic Meters song, with Washington DC legend Jan Zukowski coming in on bass and then keyboard phenom Jim Levy adding in his own unique flavorings.

New Orleans music is steeped in a tradition that embraces the Cajun, Creole, Caribbean, West African and Mardi Gras Indian cultures that infuse its flavors. The Beat Hotel impeccably captures those musically fertile influences while still making the music their own. They know the polyrhythmic secret of creating interlocking patterns in which nobody plays the beat but everybody feels it. As a result, their songs never seem to hurry, but never let the listener stand still either.

Indeed, The Beat Hotel has taken the heritage of New Orleans carnivals, parades and back street bars and turned it all into their own identifiable, body-rocking brand of rough and tumble party funk.