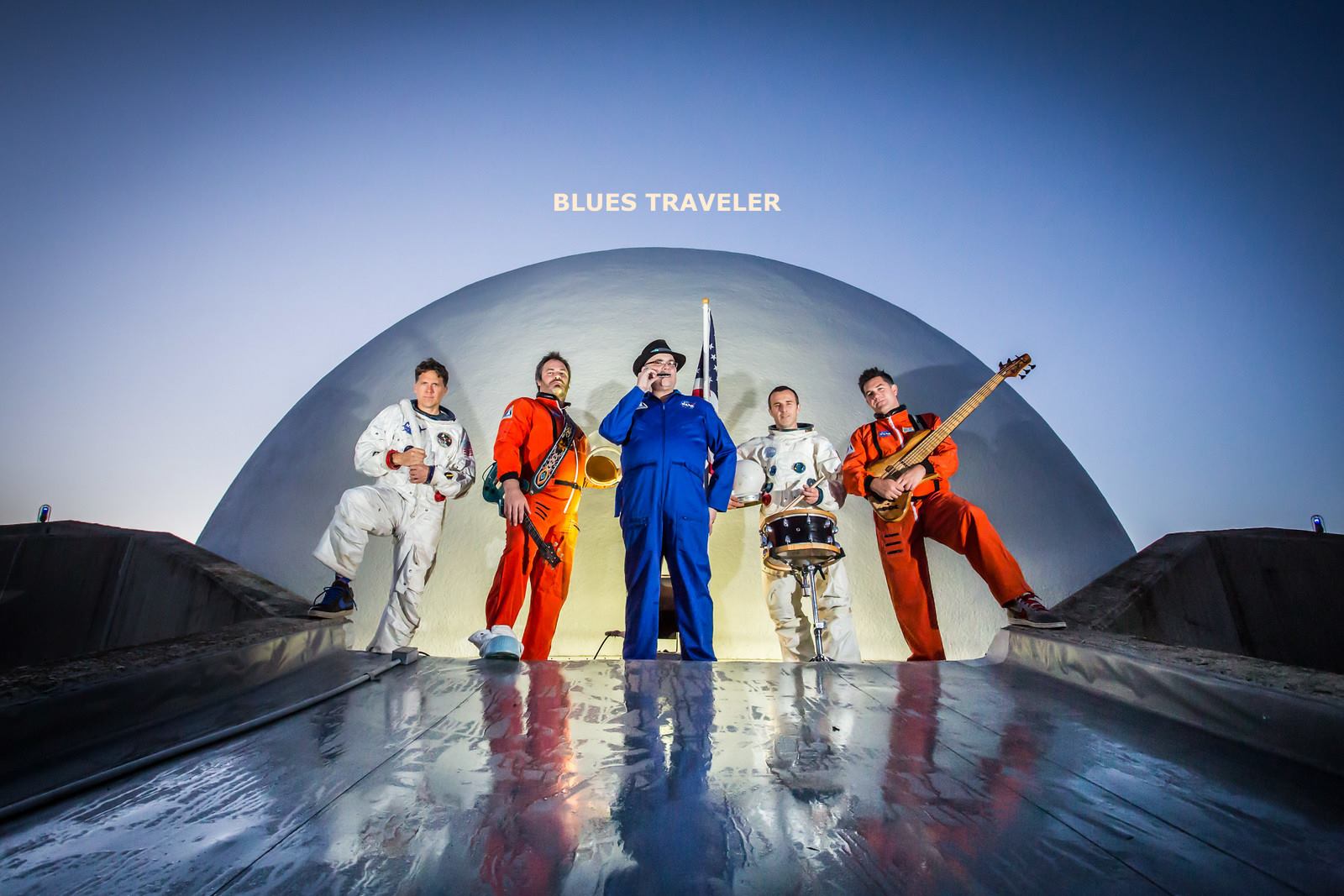 In late April of 2017, Blues Traveler announced that they would celebrate their 30th Anniversary with a five week fall tour (which just recently was extended until late February).  Blues Traveler formed in 1987 and was deeply rooted in the jam band scene of the early 1990s.  They may best be remembered their commercial hits including songs such as "Hook" and "Run Around" success with several gold and platinum albums including four as well as heavy airplay and video rotation of commercial hits.

Thirty years strong, Blues Traveler has maintained the majority of their original lineup, including legendary frontman John Popper on vocals and harmonica, Brendan Hill on drums, and Chan Kinchla on guitar.  In 1999, when original bassist Bobby Sheenan sadly passed away and was replaced by Tad Kinchla and keyboardist Ben Wilson was added to the lineup.

On Saturday, October 14, the third show of the 30th Anniversary Tour kicked off at The Fillmore Silver Spring, in Silver Spring, Maryland. Fans of all ages walked through the entrance for the night's performance. As fans filled the venue some recalled stories of the band's earliest days touring and performing at small venues as others brought their adult children with them to share in the experience that is Blues Traveler.  There was much anticipation as to what kind of concert this would be – would Blues Traveler stick to mostly jamming, would they stick to their commercially-known songs to solidify their 30th Anniversary Tour, or perhaps a combination of the two? In the end, the concert was a crowd-pleasing mix of both old classic jam songs and popular hits, and even included one new song.

Following an opening act by Los Colognes, Blues Traveler hit the stage and John Popper greeted the audience in his signature soft-brimmed hat, encrusted with flattened harmonica cover-plates.  Fans were treated to one amazing song filled with jams after another.  During each song Popper delivered his signature and awe inducing harmonica improvisation.  Brothers Tad and Chan Kinchla flanked Popper and enthusiastically jumped around as they played their instruments. A few songs in, the crowd erupted at the recognition of the bands first breakthrough and commercial hit of the night "Runaround" and joined Popper singing the lyrics.

The consistency of the same band lineup over the past 18 years was evident as all members of the band had seamless interplay between them.  Occasionally fans would get a hint of the next song that the band would play by listening to Popper's harmonica ringing out hints. The band's sound was sharp and energetic as band members played off of each other with an interactive and playful dynamic amongst them as they segued form one song to the next. Each time Popper started playing the opening notes to fan-favorite songs, the crowd would once again erupted into cheers and celebration.

By the end of the night, Popper's voice was strained, perhaps lending truth to the rumor that Popper had caught during the opening days of the tour.  However, this only energized the crowd more and to sing the lyrics loudly and passionately alongside Popper as the audience was able to truly supported and embraced the band they had come to see. Following the closing song, “Hook”, Popper told the audience "You guys are utterly f**king awesome! We love you so much!".

As the venue lights came on, Monty Python's "Always Look On The Bright Side of Life" played on house speakers. This song certainly set the tone for those that witnessed a beautiful night of music. Everyone could look on the very bright side of life as we had all witnessed a fantastic night of music with a legendary act.

She Becomes My Way (New Song) >

Devil in the Details >