Brooklyn Comes Alive Was Strong in its Fourth Year 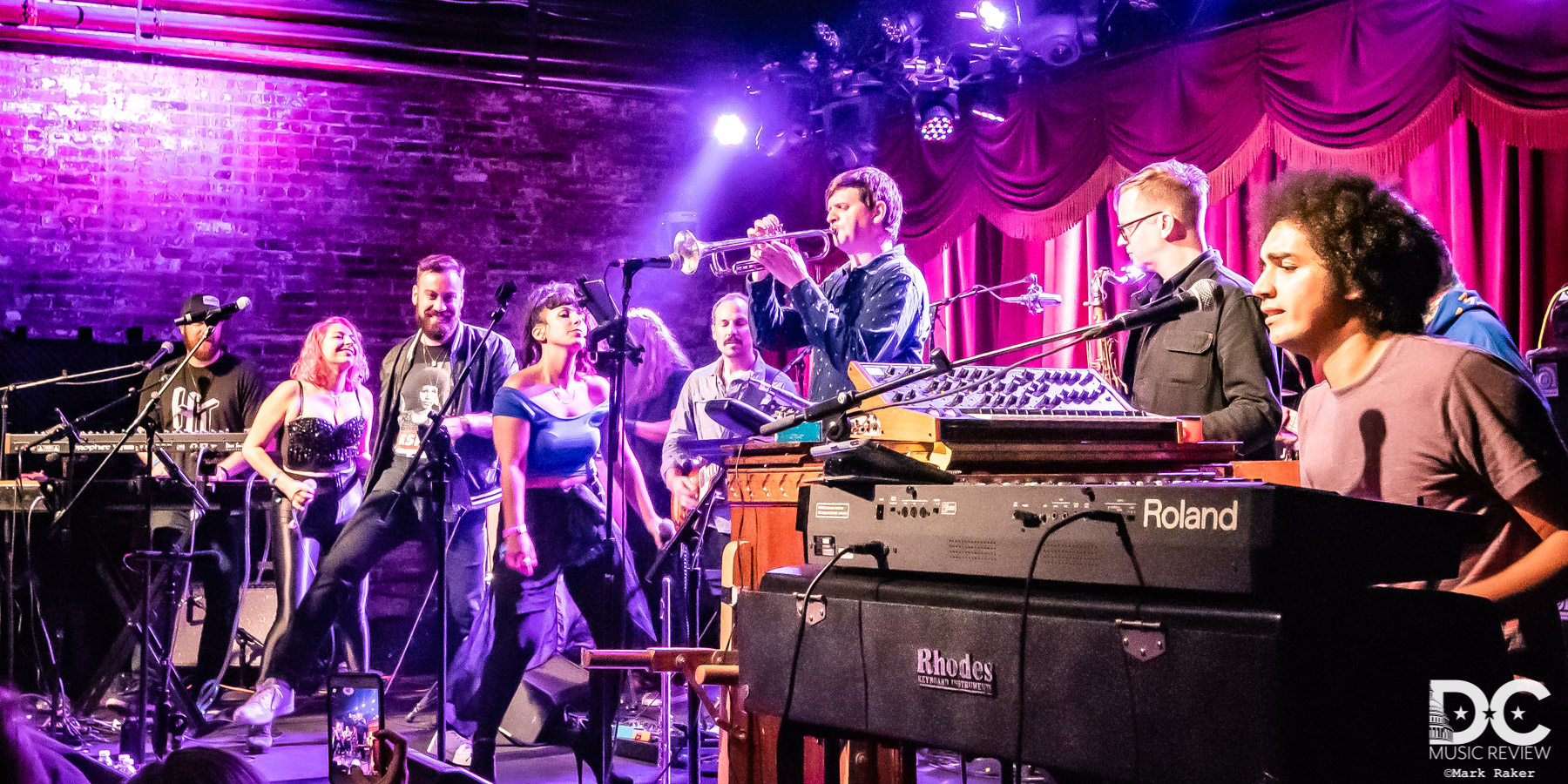 This innovative festival featured over 50 artists with collaboration, improvisation, and special tribute sets as the theme for the festival. It was loaded with great musicians who were playing in different groups than their usual.  Robert “Sput” Searight (Snarky Puppy) said “I’m glad to be here. It’s a great weekend to play with friends not in our band. It’s a special thing for artists to hang and play with people who we admire.” The energy from the stage was contagious all day from the early afternoon start into the wee hours of the morning: the artists and fans were wide awake, singing and dancing together. There was so much talent on all of the stages. Bands ranged from small jamming quartets to sizeable, stage filled collaborations of more than a dozen musicians. For many, the day started at the local Williamsburg Hotel check-in, while a newly formed band in residency, Sylvester the III, played the early afternoon. Several BCA artists who were to play later also started their day listening in the bar.  The festival opened this year with a comedy set, called “Wolks With Jokes” at Rough Trade.

At the Brooklyn Bowl kick off set, Ari Fink (SiriusXM’s Relix Media) summed up the feeling when he said “Welcome, glad I’m here and glad you're here” Katharsis kicked of the day at the Music Hall of Williamsburg. Shira Elias’ Soul Tracks opened the day for the Brooklyn Bowl. They started their 14 song set with “You Send Me” into “Night Time is the Right Time” and took us on a chronological music tour. They were one of many bands that did a few songs to honor/ remember Aretha Franklin. When asked about the day Shira Elias (Turkuaz) said “BCA is one of the most special events that happens in Brooklyn. The fact that all the artists of the scene get to come together and make music together. It is just such a super beautiful thing to be able to be a part of it.”

Adam Deitch Quartet  kept the fans going at the Music Hall of Williamsburg.  They were one of several bands to invite Maurice Brown to join in and jam.

Annabel Lukins from Jam Cruise helped to introduce the "In Honor of Col. Bruce Hampton, Butch Trucks, Greg Allman and Those We’ve Lost" tribute set.  This all star group started with Ray Charles “I Don’t Need No Doctor”. They honored  Aretha Franklin, the Allman Brother Band and others The 13 song set ended with “Yield Not To Temptation” by Col. Bruce Hampton. Different members were highlighted on vocals including Brandon “Taz” Niederauer, Elise Testone, and George Porter Jr. For much of the Switch Hitters show the audience was treated to the dueling keyboards of Nigel Hall (Lettuce) and Will Blades and a percussion duo of Robert “Sput” Searight (Snarky Puppy) and Nate Werth (Snarky Puppy). They were joined by several special guests including Brandon ‘Taz’ Niederauer and Maurice Brown. When asked about BCA Nigel Hall  said “It’s great to be here in the same place at the same time playing music with your homies. It’s like Jazzfest in Brooklyn.” During this and all of the performances, one could tell that the musicians are friends who were having fun and joking with each other while treating the audience to unique performances. The Steely Dan tribute was a delight for hardcore fans and people who knew just the hits.The horn and drum riffs were inspiring. There were times that the stage was packed with up to 12 people. The Music Hall was crowded and rocking. During “Deacon Blues” the audience was so involved it was like they were part of the band. When they played “Hey 19”, the crowd cheered loudly for - That's 'Retha Franklin.  Several audience members commented that it took them back to the times they saw Steely Dan live.

The music kept going during the early morning hours Sunday. Annabel Lukins introduced the Jam Cruise Jam Room. This was a first for BCA. She said “ Jamming is about improv music that has never been seen before and will never be seen again.” And Jam the did. As George Porter Jr. said. “We will play some music. We have no idea what it is but we will play it anyway. Shit Happens.” The soundcheck rolled right into a jam. Porter pointed to people and they took the lead. The talent on stage was incredible. Even though nobody knew the songs, the band and audience were one with each other. While the Jam Room continued at the Music Hall, The Tribute to Prince closed the night at the Brooklyn Bowl. The band had a steady flow of guests with keyboard and drums rotating in and out throughout the two and a half hour plus set.  Prince's last bass player, Dywane Thomas Jr.  also known as MonoNeon, joined the set, lending to the authenticity.

The energy in the near capacity room was electric. Prince was all about danger and change in music. Prince once said ”Art is about building a new foundation, not just laying something on top of what’s already there... Sometimes it takes years for a person to become an overnight success”. As with the other acts, the band was having fun; you could tell they didn’t want to stop and with hundreds of songs to choose from, if allowed to they could have played for days.

This tribute set showed that even though he isn’t with us anymore, the music of Prince will always be there and strongly regarded.

The Williamsburg area lends itself to a festival like BCA. The venues are within walking distance. The neighborhood is vibrant. There are almost too many places to eat and drink. If you get there early on Saturday check out the weekly Smorgasburg food fair in East River State Park.  On the 29th there was also a tour of the Lennon Bus; a state-of-the-art mobile audio and HD video recording and production facility which is dedicated to providing young people with tours of the studios, participation in free digital media production workshops, and the production of giant peace signs. http://www.lennonbus.org.

Another local crowd favorite is the award winning Brooklyn Brewery which is next door to Brooklyn Bowl. They have 14 plus beers on tap including  seasonal beers and some that you can only get at the brewery. It is definitely worth stopping in when in town. Brooklyn Comes Alive was an incredible one day festival. With so many great acts and collaborations, by far the hard part was trying to do it all. Unlike many festivals this wasn’t just for the fans but also for the musicians. Lyle Divinsky (The Motet) says that “this is one of the greatest festivals in the world because it encourages collaborative music and gives all of the people you never get to hang out with a unique chance to create and make music in the greatest way. There is inspiration in every moment and we are constantly smiling because every single person we are sharing the stage with is someone who we admire and want to make music with but don’t always get to the opportunity to spend time with; we don’t want this day to end.”