Bruce Hornsby and The Wood Brothers perform at The Freeman Stage in Selbyville, DE 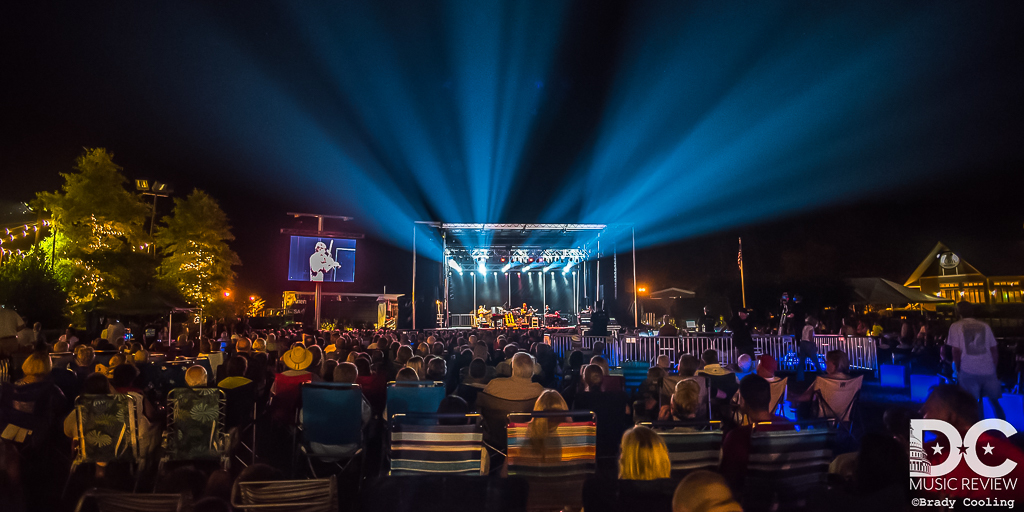 It’s always a treat to see two world-class musicians in your own backyard, and that’s what basically happened when Bruce Hornsby & The Noisemakers and The Wood Brothers came together to end their spectacular tour in Selbyville, Deleware on June 30, 2018 at the Freeman Stage. A beautiful venue nestled between the Bayside community and located just minutes from the beaches of Maryland and Deleware, and luckily just ten minutes from my house. Two artists who sounds are different but also compliment each other so nicely made for an awesome way to end the month of June and into the holiday weekend. I always love seeing The Wood Brothers and had gotten to just a month earlier at Delfest, and they are such a talented band with so many sounds, genres, style and musicianship with a fairly simplistic setup and only three members. The brothers themselves are two of the best musicians on the circuit today and Jono Rix leading the way on percussion and all sorts of interesting instruments to bring the sound to life. This was the band’s first-ever stop in Delaware they remarked before hitting the stage, and what a way to have their first show in the first state in the US. The lively crowd showed up early for them, which is always a great sign for any opener and some were just as excited for them as Bruce. And truly The Wood Brothers could easily play this venue again as a headliner and get just as much love. The soothing sounds that came out of their instruments and the feelings they created was a perfect way to go into the night and a gorgeous summertime sunset in Deleware. A band like them has such a great catalog of songs to pick from, and it shows how talented they are because even skipping a few of their more well-known and popular songs they still played so well. Lots of newer material mixed in with old favorites too. Something that a lot of bands cannot do, but they have been able to do a great job with. A band I truly will not get tired of seeing and one that I always tell people to look up and listen too, thank you Woods! Bruce Hornsby has had such a tremendous career spanning from The Range, the Grateful Dead, and now The Noisemakers all while bringing his beautiful piano tone and voice to audiences all across the country. His last few years have been spent perfecting his material and even his love for dulcimers and even having an entire recent album dedicated to this Appalachian instrument. His sound goes from poppy, folk, bluegrassy, rock and everything in between. With an amazing band full of musicians who add to his already legendary persona and music. His catalog is also so deep with amazing songs over the course of his entire career, and so many good newer ones added into the mix also. He is someone that makes you feel like you are getting a private show with just him and the band much like storytelling too. My favorite moment was him playing everyone's favorite, “The Way It Is” which was a very predictable song at any of his shows, but he brought up the entire Wood Brothers up onstage to join him in singing it during the chorus. A great moment and sign of respect for Bruce and the other band that got to open for him during the last few weeks to end their tour. He ended with three songs acoustically with his violin player on mandolin and drummer on the washboard for some new dulcimer songs from his newest album. It was a nice change to his set and shows how talented he is to be able to play two completely different instruments back to back. A lot of people did not know what the dulcimer was or had not seen it, so it was nice to be able to see people’s reactions and all to it.

If this tour ever happens again and comes around wherever you may be, I would highly recommend it! Even seeing both artists individually is well worth the price of admission for two of the best touring bands currently on the scene. Two special artists who really are so different but made a spectacular double billing and time in Delaware. I love when artists such as Bruce Hornsby and The Wood Brothers come to the area I live in. One that is a summertime destination and really only gets bands for the summer months, so it is always such a treat to be able to see two of my favorites so close to home and share that with so many other people!