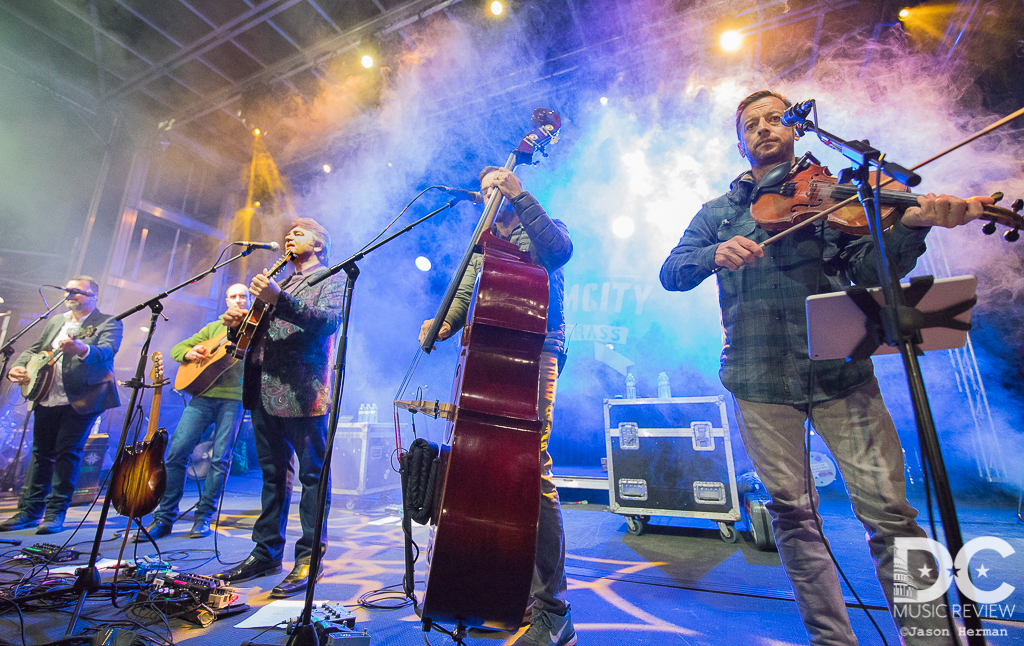 The sixth annual Charm City Bluegrass festival was held in Baltimore’s Druid Hill Park last weekend, drawing thousands of bluegrass fans from the region to the land of crabcakes and losing baseball for the first two-day installment of Baltimore’s favorite music festival. Adding a Friday night to the schedule for the first time, this year’s installment offered an expanded lineup with several prominent names from the genre and a series of workshops and open jams.

Immediately upon entering the festival grounds, the local flare of this festival is readily apparently, with all beer being served by Baltimore’s own Union Craft Brewing and a collection of vendors featuring classic Baltimore cuisine like crabcakes and pit beef. As Colebrook Road opened the festivities on the main stage, a panel discussion took place on the history of Baltimore bluegrass at the Jack’s Hard Cider Stage across the grounds. This discussion of the long legacy of bluegrass in the Charm City ranged from the history of the genre in Charles Village, to the connection of bluegrass legend Del McCroury to the city, and local banjo legend Walt Hensley’s influence on Sam Bush. This panel was an outstanding way to introduce casual fans to Baltimore’s place in the larger history of bluegrass music and understand the roots of the festival.

On Friday night, the festival drew a fairly thin, but engaged crowd that responded enthusiastically to each band throughout the night, but the first prescient moment of the festival came as Mile Twelve played a beautiful rendition of Elton John’s “Rocket Man,” and as they reached the chorus, the clouds parted, providing the first rays of sunshine that would last throughout the first evening. Next up on the main stage, Caleb Stine played an exciting, high-energy set that featured one of few percussionists for the weekend. This set got the crowd up and dancing for the rest of the night. Following Stine’s set, the festival organizers introduced an ensemble put together just for Charm City Bluegrass that they called “Baltimore Traditions.” This group offered classic bluegrass, featuring nine pickers on stage for a raucous old-time throw down, setting up an outstanding closing set by The Travelin’ McCourys. The McCourys opened their set with “Cumberland Blues,” grabbing the crowd immediately with the Grateful Dead classic and reeling them in for a set that showed why this band remains one of the premier bluegrass acts in the country. When the Travelin’ McCourys are on stage, the tightness of the band truly stands out above all others. The second day kicked off early in the morning with a schedule that didn’t stop for nearly 12 hours. Despite an overcast day with scattered showers, the festival drew a large crowd for the full-day lineup on Saturday, packing Druid Hill Park to what felt like full capacity. The meat of the lineup really started at 3pm with former Yonder Mountain String Band mandolin player and bandleader Jeff Austin’s solo project, followed by sets from guitarists Larry Keel and Billy Strings. Billy Strings was the talk of the festival leading up to his set, and he delivered in a big way with his show that leans into rock-infused improvisation and non-stop adrenaline. At only 25 years old, Billy Strings has a bright future ahead of him. DC Music Review sat down with Billy ahead of his Charm City Bluegrass appearance, so be sure to check out that interview here! The Steeldrivers and The Devil Makes Three rounded out the festival, putting a cap on another great year at Druid Hill Park. Charm City Bluegrass is a truly special festival, in no small part due to the local character and – dare we say? – charm it infuses into every component, from the lineup of local artists, to the kegs of local craft beer and cider, and the workshops that focus on the largely unknown history of bluegrass in Baltimore. In its fifth year, the festival feels as though it has become a well-oiled machine and is organized as well as any urban music festival you could find, but provides a warm, intimate vibe that is absolutely unique to the Charm City itself.