Cigarettes After Sex Coming to the 9:30 Club 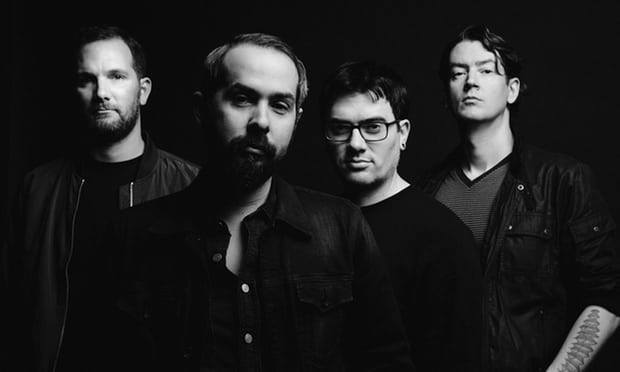 Brooklyn-based indie band Cigarettes After Sex are midway through their 2018 world tour, making a pit-stop at DC’s The 9:30 Club on Monday, April 2.

They have a religious following, which has allowed the band to tour all across the world, as well as a song that was included in an episode of Hulu’s The Handmaid’s Tale. Citing influences such as Miles Davis and The Cowboy Junkies, fans of Beach House and Alvvays, will also appreciate Cigarettes After Sex’s dulcet tones.

Cigarettes After Sex are best digested on an overcast day, bundled in layers of blankets. They provide a cozy atmospheric sound to enhance any gray day, warming from within. Gonzalez sings with such a quiet passion that it’s impossible to not feel his lyrics in your gut. Even if you’ve never heard a song before, Cigarettes After Sex will remind you of a love, whether you’re in it now, or once were. There’s something familiar and comfortable in their hushed sound that commands your attention, and will make you feel present.

This show will raise the hairs on the back of your neck and cover your arms in goosebumps, despite the tightly packed space. If you’re looking for a mesmerizing night of excellent musicianship, thoughtful lyrics, and inner peace, make sure to purchase your tickets before they’re sold out.

Tickets still remain for this performance.

If you have not heard this bands music before, please listen to some of their music below (Videos Courtesy of Cigarettes After Sex's YouTube Channel)