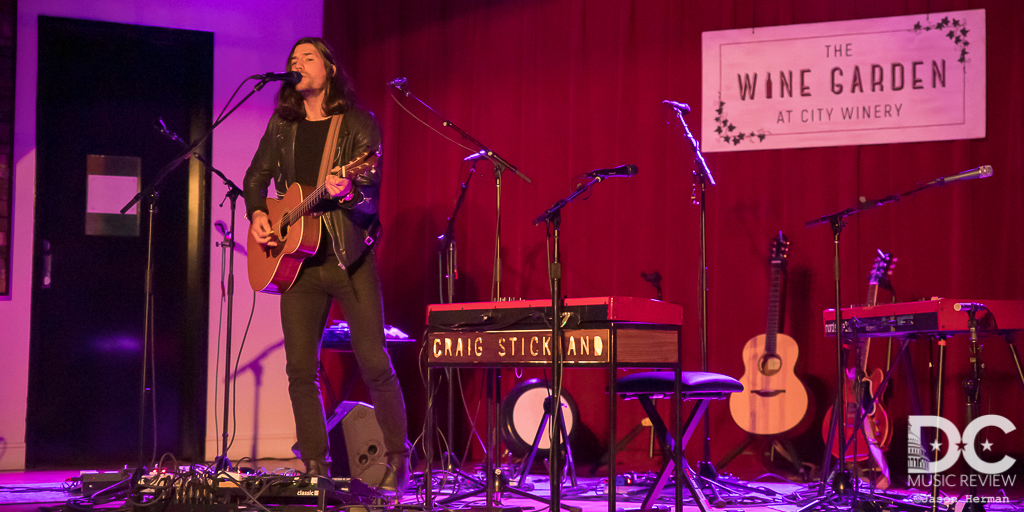 Starting off the set with a love song, “Break Every Rule,” Stickland showcased his immense vocal talent, prompting cheers from the audience during one of his belts. The control he has over his vocals truly allows him to create an expressiveness that enhances his already meaningful, and relatable, lyrics.

In addition to his vocal talent, Craig Stickland has a charming stage presence, and takes on a story-teller persona between songs adding anecdotes revealing the origin of a song - whether it was an actual event, or a feeling. These stories prompted much engagement from the smitten audience members, at one point causing several women to reveal their relationship status with a few, “I’m SINGLE,” shouts. One particularly charming moment, was when Stickland was describing the meaning behind a song, “Golden Child,” that will be on his soon-to-be-released new album, Starlit Afternoon. Starting off his explanation with, “This song is about that feeling when you want to ...procreate with someone,” which prompted whistles and giggles from the audience members, causing the artist to double-back with, “oh c’mon, we’ve all had this feeling….,” before immersing into the song.

Furthermore, Craig Stickland is a skillful instrumentalist, and looper. With only a guitar, piano, pedals and his vocals, the artist creatively performed as a one-man band. Many of the songs performed were from Starlit Afternoon, which was written over an almost two year period of travelling about North America. Featuring multiple love songs, “this song is about someone you love very much, the one that you’d go the extra mile for”, and break up songs, such as “Rolling River,” which the artist introduced as a song about, “the history of dating people with issues, but maybe I’m the one with the issues,” the album is sure to be a hit.

Ending his set on an upbeat, positive note, Stickland played a newly released single, “Burn it Down,” from the much anticipated new album. This song is going to be a hit, and will be heard on radios - a definite summer time windows down theme song. We’re just lucky enough to have heard it live.

To learn more about Craig Stickland please visit his website.