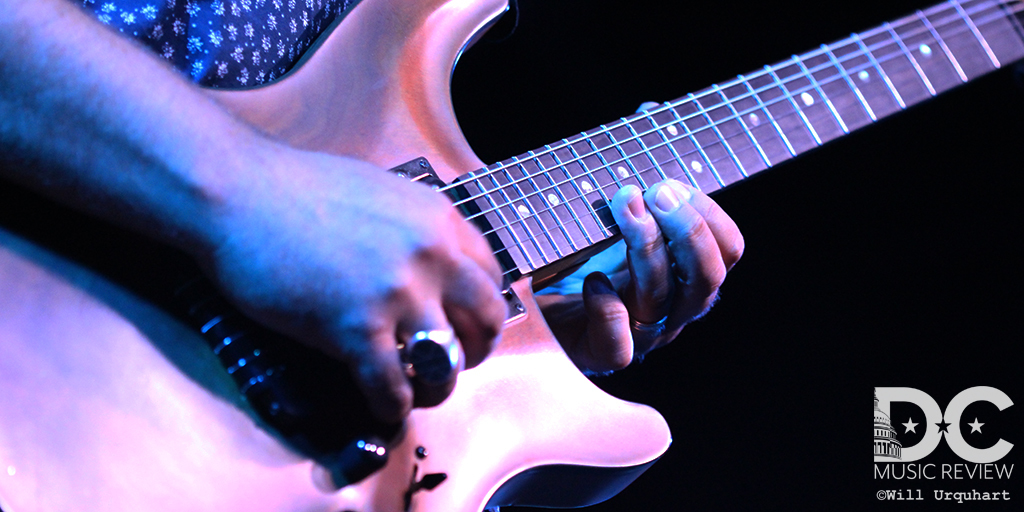 Anyone who has gotten to see Cris Jacobs play live or knows about him and his musical influence, knows that Jerry Garcia and the Grateful Dead are major influences.  ​Some of us local residents were lucky enough to catch him opening up for Greensky Bluegrass at the beginning of August at MECU Pavillion in Baltimore and saw magic made.  The encore brought all nine members of both Greensky and the Cris Jacobs Band onstage to destroy a twenty-seven minute encore that was nothing but Dead with "Wharf Rat-->Scarlet Begonias-->Fire on the Mountain". ​Starting off almost right where he finished in Maryland, Jacobs, joined this time by ​Mookie Seigel, David Markowitz  ​and Ed Hough, (also joined by Jonathan Sloane for second set and encore), the night kicked off the with an amazing version of "Scarlet Begonias" that got some of our hopes high for a lead in to another "Fire on the Mountain" chain, but were still equally as ecstatic to hear just on its own.  ​

Cris and "friends" had welcomed the crowd  to the celebration at the beginning of the night and celebrating is exactly what they did honoring the man himself by making sure his fans had a great time singing and dancing the night away.  Jacobs even added in some ​island time for the crowd with a version of Jimmy Cliffs "The Harder They Come" before closing out the first set with "China Cat Sunflower--->I Know You Rider". ​​Jacobs is a force on the guitar that is hypnotizing to watch for sure, and Friday night at Gypsy Sally's was spent in full trance mode as he dazzled the venue with "Mississippi Half Step Uptown" "Shakedown Street" "Black Peter" and a number of other hits that had the crowd celebrating the days between in style.​

​Two sets of celebrating Jerry wasn't all Gypsy Sally's was treated to as the three song encore that kicked off with "He's Gone" and also included "Eyes of the World" and "Deal".

DC Music Review was there streaming the whole show, so if you missed out on the live action, make sure to check out video and matrix audio below!

Jonathan Sloane sat in for the second set and the encore