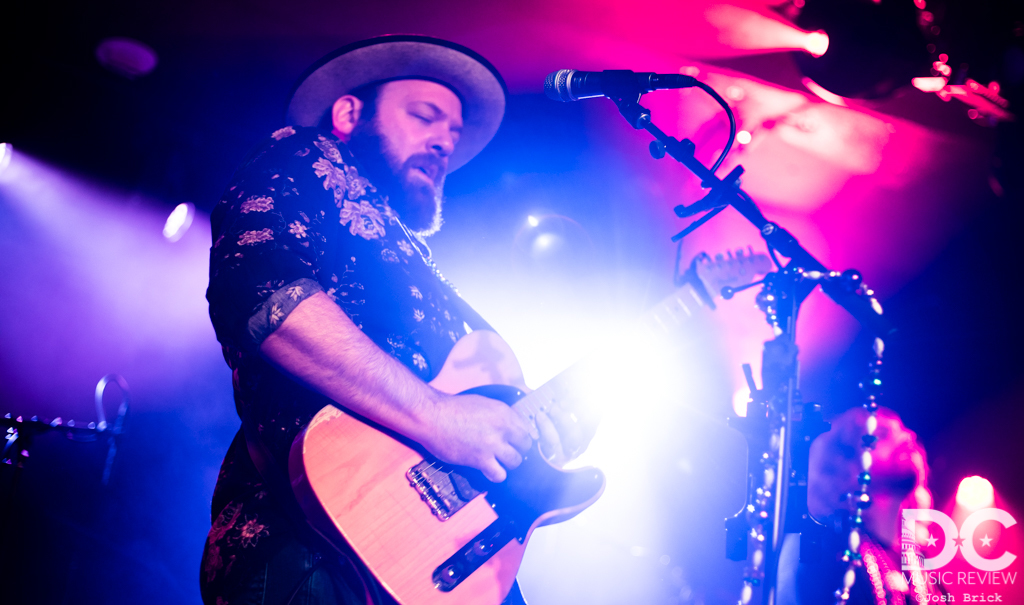 The audience got its first glimpse of the magic to come, as Jacobs joined the opening band, Magnolia Blue, on stage for an energetic, playful, and funk-tastic cover of the Neville Brother’s 'Congo Square.' A local crowd favorite in their own right – led by the ever-expressive and charismatic, Neil Holcomb –Magnolia Blue had already primed the audience with its classic stage experience of lively and danceable jams. One highlight was watching Magnolia Blue guitarist, Mike Shade, trade guitar licks and with Jacobs. Their playful intensity, deft agility, and spirit of fun proved both inspired and inspiring to witness.

“Trying to crank up a little voodoo to get things going here,” Jacobs told his already mesmerized and swooning audience after his seductive opener, 'The Devil and Jesse James.'  it is the opening track from his second album, Dust to Gold – a carefully crafted twelve-song gem, which propelled Jacobs further into the spotlight. He was hailed by Rolling Stone as one of 10 New Country Artists to Know in 2017.

Jacobs next song provided ample proof that soulful is not adequate to describe the emotive qualities of his voice. 'Shine Your Weary Light,' introduced with a rocking drum solo by Dusty Ray Simmons, offers a depth of delivery that is at once visceral and haunting. His message to the song’s weary counterpart, "Just keep your lantern burning by the bedside, baby. Let it burn that fire. Shine your weary light. Turn it on” touches and soothes the listener with an intimacy as welcome as a glass of good whiskey at the end of a difficult day.

Jacobs and his band continued to deliver a mix of album favorites and crowd pleasing covers, such as a terrific version of Blind Willie Johnson’s, 'Lord I Just Can’t Keep From Crying Sometimes' and a rugged version of The Meters, 'It Ain’t No Use.'  A personal favorite of Cris Jacobs’ amazing and wistful set was Kind Woman: "I got nowhere to be / Ain’t nobody else I’m looking for, ain’t nobody lookin’ for me." Jacobs informs his audience with his sultry croon, and the crowd responded in kind, allowing his intoxicating blend of authenticity, charm, and talent to make us believe there really is nobody else we need to be looking for on this Mardi Gras night.

Enjoy photos by our photographers Mark Raker and Josh Brick

A concert junky, music aficionado, and live music reviewer for Hill Rag and DC Music Review, Leanne studied writing at both UC Berkeley (BA) and Boston University (MA). In addition to music reviews, she writes prose, and her manuscript, Broken Hallelujah: notes from a marriage, was a 2011 short-list finalist for the Santa Fe Literary Awards program. Leanne lives with her three sons and two pugs in Northern Virginia.