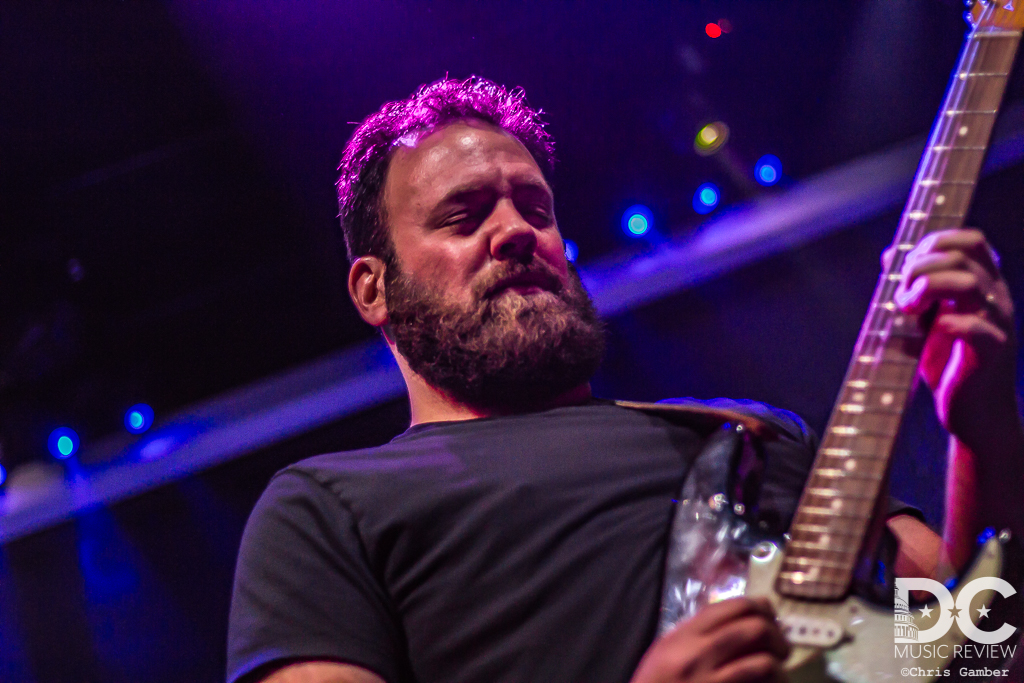 As the holidays come around each year and old friends and family are reunited, many people have a tradition of coming together to celebrate. Over the past few years in Baltimore, a new tradition has become a staple of the holiday weekend and a conduit for holiday cheer in the hearts of all the people who are fortunate enough to get into the 8x10: the annual “Very Jerry Christmas” shows hosted by Cris Jacobs and Friends. Cris Jacobs is a name that speaks for itself in Baltimore, playing in the area for years as a solo artist and with his band The Bridge. He has gone on to have a very successful solo career and regularly plays with nationally touring musicians. But for the past four years, just before Christmastime, he comes home to play tribute to the great Jerry Garcia at the legendary 8x10 as a musical gift to his hometown. Guaranteed sellouts every year, the past two years have included an added second night of festivities to give more people a chance to touch the magic of these heartfelt performances.

Playing a mix of Grateful Dead, Jerry Garcia Band, and various covers played throughout the many incarnations of Garcia’s career, there was something for everyone and each song was played with all of the feeling and emotion those songs are drenched in. Accompanied by a cast of stellar musicians, and faced with a wall-to-wall sold out crowd of wide eyes and smiling faces, Jacobs delivered in a way that few musicians can. With blistering guitar solos and fantastic interplay between all the musicians, this was not just a tribute; it was a true celebration of the music we love. It is always a great treat to watch Cris play these songs. He does an absolutely fantastic job of playing the classic Jerry licks and runs that we all recognize, without losing any of his own unique voice in his playing. The love and respect Cris has for this music came through loud and clear, adding to the authenticity of the whole experience.

I did not get to make it to the Saturday night show, but I was lucky enough to be able to attend Friday’s party and I had nothing short of an amazing time. On top of that, I got to spend the show with some great friends that I only get to see once or twice a year during the holidays. The entire show was great start to finish, but if I had to pick personal highlights,“Bird Song” and “China Cat Sunflower>I Know You Rider” in the first set really stood out, and “Shakedown Street”in the second set opener was something I was really hoping for going into the show, so of course I subsequently danced my ass off when they played it. I apologize to anyone that I may have bumped into during that jam, I lose most of my spatial awareness when I hear that song.

If you have a favorite Jerry song or cover, it’s more than likely that it was played over the course of the two-night stand. This band was clearly well rehearsed and covered so much ground in just two shows. Each year, I’m impressed by the quality of these performances, and they serve as a reminder of how lucky we are to have a musician of this caliber who is still so loyal to the hometown crowd and the music scene he has helped create. Thank you Cris for starting this tradition, and I think I can speak for everyone when I say that I hope it continues for many years to come.

Enjoy our gallery from Saturday, December 23rd, by our photographer Chris Gamber of Chris Gamber Photography.

Enjoy our combined gallery from Thursday, December 21st from photographers Jason Herman and Josh Brick below.

Enjoy the full audio from the Thursday, December 21s show below.