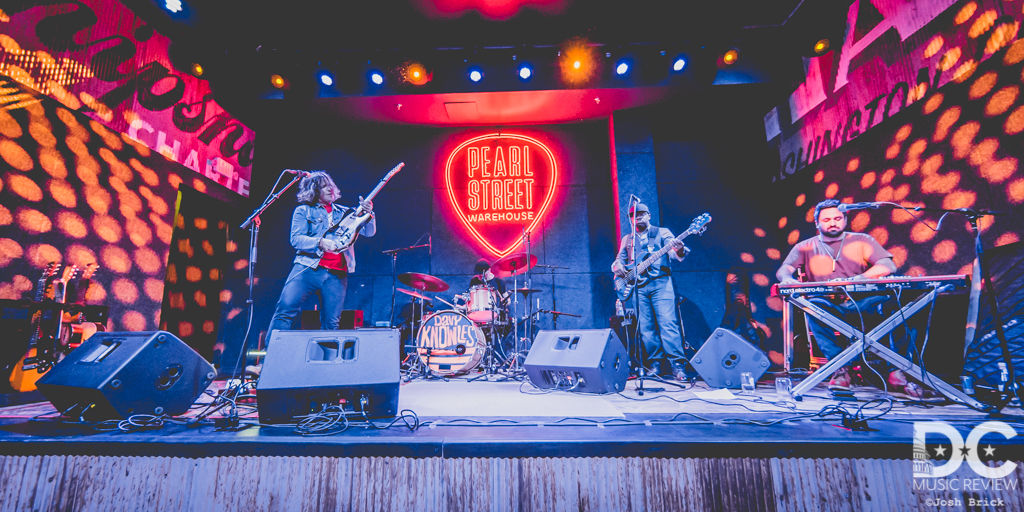 Blues guitar player Davy Knowles returns to Pearl Street Warehouse this Saturday, November 3 – nearly a year to the day since his last performance at the intimate venue at The Wharf. His performance in October 2018 at Pearl Street was truly awe-inspiring and left the crowd stunned. DC Music Review is elated at Knowles' return to the district and highly recommend the opportunity to see him at such a fantastic venue.

A native of the Isle of Man, Knowles brought his previous band, Back Door Slam, to the US in 2006 to great acclaim. His guitar chops impressed blues legends and he acquired impressive gigs supporting the likes of Buddy Guy, Jeff Beck, Gov't Mule, The Who, Peter Frampton, and Joe Bonamassa and the Rhythm Devils. Since then, Davy has toured as a solo act and is accompanied by a formidable band to supplement his guitar prowess. In addition to guitar, Knowles brings powerful vocals to the stage and is a gifted songwriter. With all these elements combined, Knowles and his band are a force to be reckoned with on stage – an act not to be missed.

Earlier in 2018, Knowles was touring with the Band of Friends – a Rory Gallagher tribute – that includes Gerry McAvoy and Ted McKenna, who played with Gallagher in the 1970s and 80s. It was an honor for Knowles, who was heavily influenced by Rory in his early guitar playing days. One can hear Rory's influence in Davy's fierce playing and immaculate blues tone.

Don't miss Davy Knowles this Saturday, November 3 at Pearl Street Warehouse. Ticket information is included below. We hope to see you there!