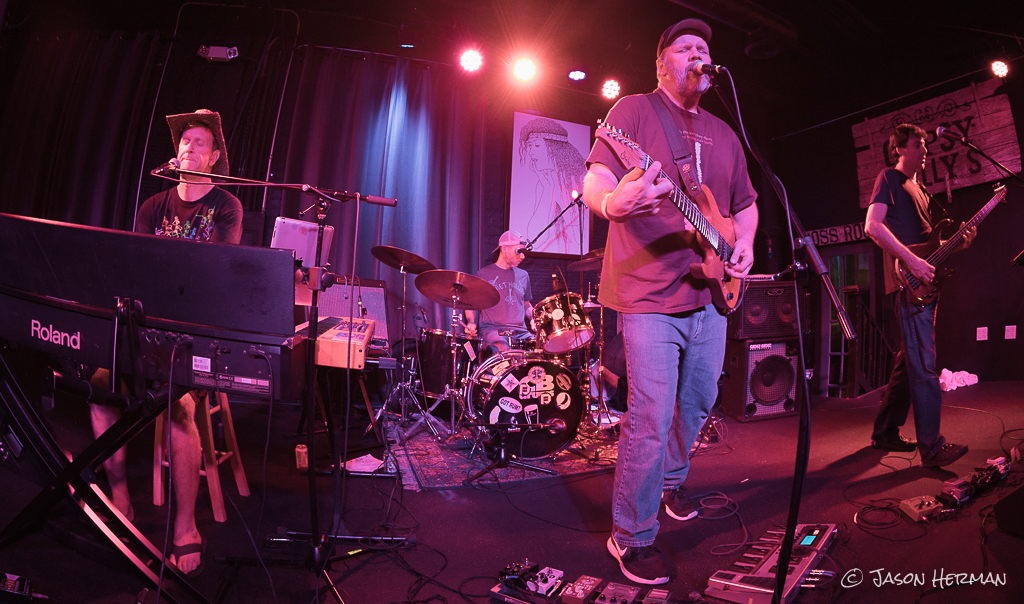 In the second week of July, music fans find themselves in a delightful situation.  Music lovers are halfway between Dead & Company's Summer Tour closer and Phish's Baker's Dozen residency at Madison Square Garden.   It is only fitting that fans get to experience the music of both music legends played side by side in a single performance.

DeadPhish Orchestra, hailing from Boulder, Colorado, visited Gypsy Sally's on Thursday evening to deliver an outstanding evening of Phish and The Grateful Dead. For everyone in attendance, the band truly lived up to their tagline.

Washington, DC was lucky enough to have DeadPhish Orchestra visit Gypsy Sally's once again during one of their weekend mini-tours.  The band seamlessly oscillated and flawlessly segued from the music of one band to the other.

DeadPhish Orchestra consists of Chris Sheldon on Drums, Paul Murin on Guitar, Brian Adams on Bass,  and Ted Tilton on Keyboards.  All members of the band perform vocals and Ted Tilton had stellar vocal "double duty" as Jerry Garcia in The Grateful Dead songs, as well as, Page MConnell for the Phish tributes.  Familiar to fans of both bands, band members looked to one another throughout the night, playing off one another and enjoying a stellar night of jamming in front of an energetic audience.

The band kept audience members guessing throughout the evening, "What is the next song going to be? What would best song to follow up this song with?"  The audience kept on guessing and was overjoyed as one song flowed into another.

For more information about DeadPhish Orchestra, please visit their website.

A Song I Heard the Ocean Sing (Phish) >

Sneaking Sally Through The Alley (Phish )

Birds of a Feather (Phish)>

Friend of the Devil (Grateful Dead) >

The Weight (The Band)