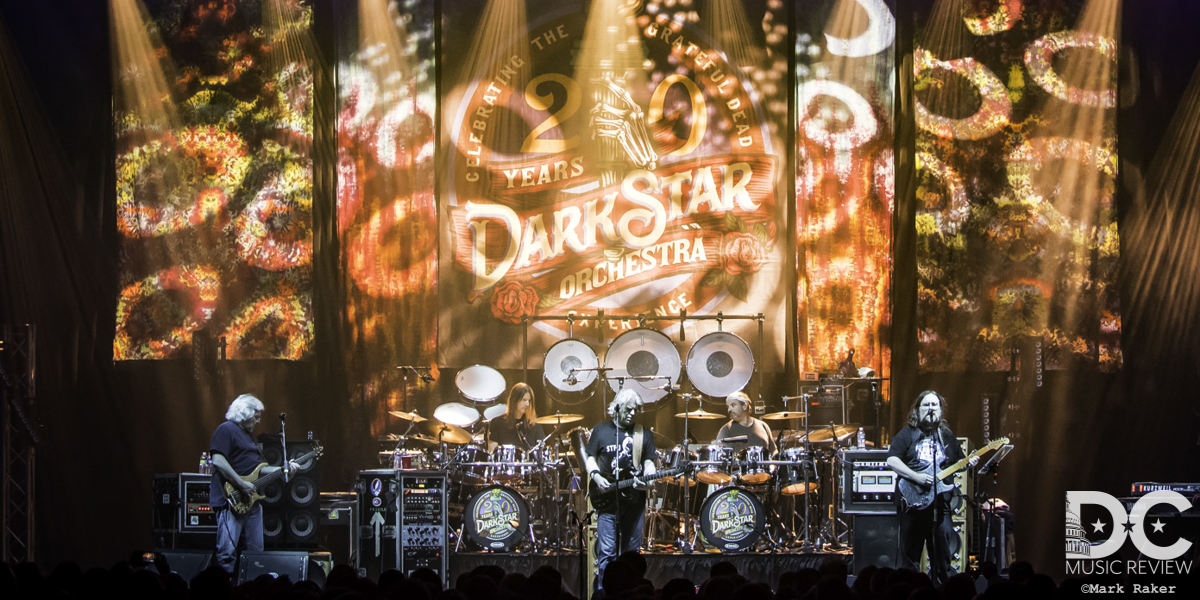 Dark Star Orchestra is returning to Washington DC's  Anthem on December 1st, 2018 to recreate a historic show that the Grateful Dead originally played in the DC area. This will be the final show of their Fall Tour, before the New Years Eve run of four shows, split between Philadelphia, PA and Montclair, NJ. This Fall Tour kicked off featuring Jeff Mattson playing Jerry Garcia's legendary Wolf guitar, on loan  to the band. The custom-built, Doug Irwin guitar fueled Dark Star Orchestra’s  original setlist show with Wolf in mind when they started the tour Nov 9th in Lowell MA. Since then, and through the DC show, DSO will play five special recreations of Grateful Dead shows from each of those cities on the tour.

As that might not be enough for the hard core Dead Head, DSO will be returning to the Jewel Paradise Cove Resort and Spa in Runaway Bay, Jamaica,  January 15-19, 2019, for their annual Jam In The Sand, joined by The Wailers and Green Leaf Rustlers.