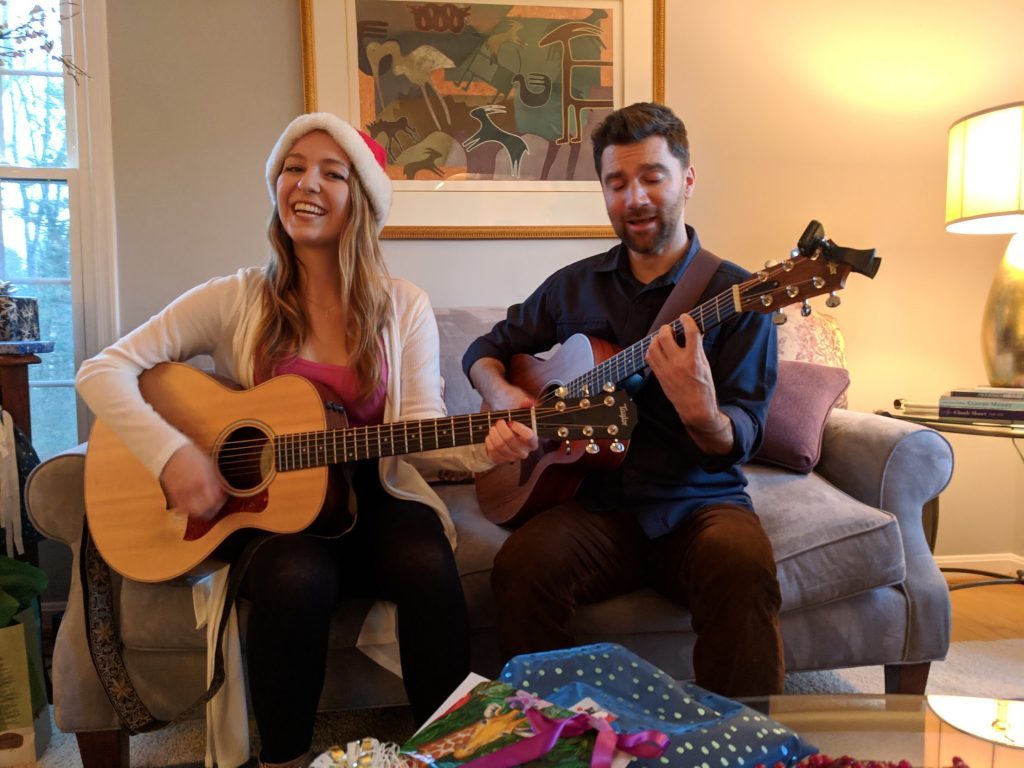 This Friday night, Eli Lev & The Fortunes Found and Hayley Fahey will be ending the year proper at Pearl Street Warehouse.  DC Music Review staff are super excited about this show because both of these rising DC artists sound like they were born to express through music.

Eli Lev's songs are wise beyond his years (his bio says he's only been a full-time musician since 2016). He has an old soul and his lyrics, cadence, and songwriting sensibilities speak volumes beyond two years. It's clear he cares and honors the time-told tradition of storytelling through music, and listening to his new EP Way Out West, you sense music has been in his bones since birth.

Hayley Fahey has a soulful, lyrical voice that mixes country with R&B, folk, and blues. Again, this is an artist that writes and performs way beyond her years, giving hints of Edie Brickell and Bonnie Raitt in both her songwriting and delivery. Her full length 2018 album Out There is impressive, all at once accessible and full of conviction.

DCMR staff are excited to experience both of these artists and their bands at their home base and see how they continue to grow into their musical careers.

Learn more about Eli and Hayley below and catch their show this Friday night!

Born in Washington, DC and raised by the world, singer-songwriter Eli Lev is a traveler, community-builder, spiritual seeker, and passionate musician. Featuring five new songs that showcase yet another side of his songwriting and versatility, Eli will be releasing Way out West, his brand new album, at Pearl Street Warehouse on December 28th. It will be the follow up album to 2017's All Roads East, which was hailed by Paste Magazine as "an impressive collection of songs with lush instrumentation and crooning vocals."

For the past two years, Eli has been building an impressive live show catalog around the DMV with his band, The Fortunes Found. Featuring the powerful rhythms of all-star drummer Michael Miraglia, the big bass tones of wunderkind Bojan Novevski from Macedonia, and up-and-coming singer Megan Leigh, the group have been playing big venues and festivals such as The Takoma Park Folk Festival, Rock & Roll Hotel, Songbyrd Music House, and the 202 DC Music and Arts Festival.

You can hear Eli’s debut album, All Roads East and his latest single "Chasing Daylight" on his website www.eli-lev.com. Hayley Fahey is a singer-songwriter who captivates audiences with her sparkling range and originality. What sets her apart, in addition to her writing and voice, are her live stage performances. When Hayley is onstage, she’s home.

Her second full-length album, Out There, is a blend of many influences - the soulful sound of R&B that translates into her passionate vocal performances, catchy pop hooks that get stuck in your head, folk ballads, and blues grit. She has been featured on DCW50 with NBC journalist Mark Segraves, WAMU, the Montgomery County Sentinel, On Tap Magazine, DC Music Rocks Festival at the 9:30 Club, The Hamilton, the State Theatre, Bethesda Blues and Jazz Club, Rams Head Live, Strathmore Music Center, and others.

With every performance, Fahey wants to make a connection with the audience, through her songs, “I want to make them feel the emotions in the songs, and then get them on their feet dancing. It’s all about having fun and enjoying the music."