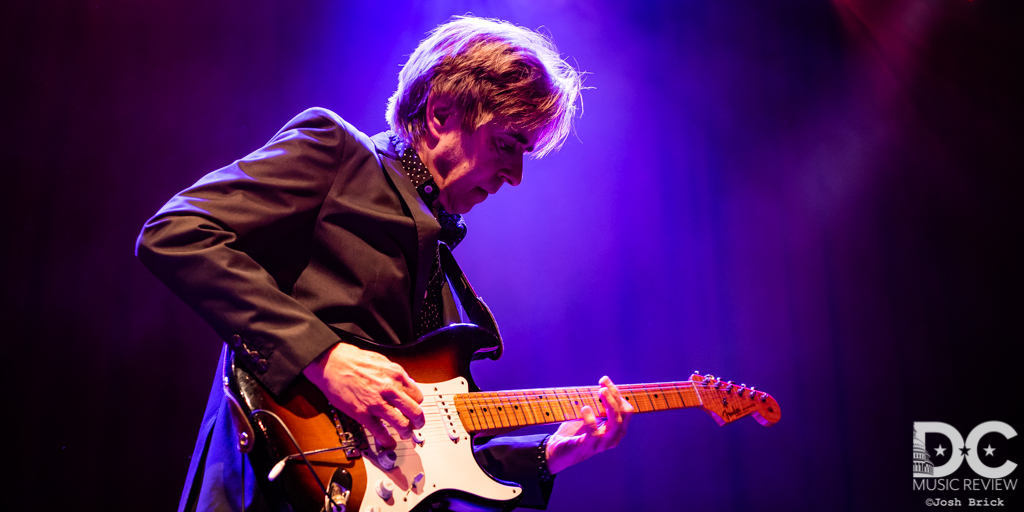 The Gramm-winning artist awed the capacity crowd with his signature guitar playing, complete with unbelievable fret work, stunning tone and gorgeous melodic compositions. In addition, Johnson exhibited his beautiful vocal capabilities while also showcasing his talents on the grand piano. He was backed by an incredibly talented band – Roscoe Beck (bass), Tom Brechtlein (drums), and Dave Scher (guitar, vocals, keys, drums) – that enabled a range of soundscapes that would leave any musician envious.

The vibe at the Fillmore was fantastic and the band delivered an ace performance to an extremely attentive audience. Johnson and the band were in high spirits as they performed songs from the new record ("Waterwheel," "Lake Travis," "Divanae") as well as older classics that have stood the test of time ("Desert Rose," "S.R.V.," "Manhattan"). The closing of the second set entranced the audience as Johnson commanded the stage solo as he performed the all-time great instrumental, "Cliffs of Dover", complete with an extended intro before his bandmates joined him for a rollicking close. Johnson and his band obliged the raucous encore call with two more songs – "Shining Love" > "Zap" that left us all in a state of musical bliss. Thank you, Eric Johnson, for a truly memorable night. Be sure to catch he and his band on this "classic" tour.