Concert Reviews
By Will Urquhart / January 4, 2018 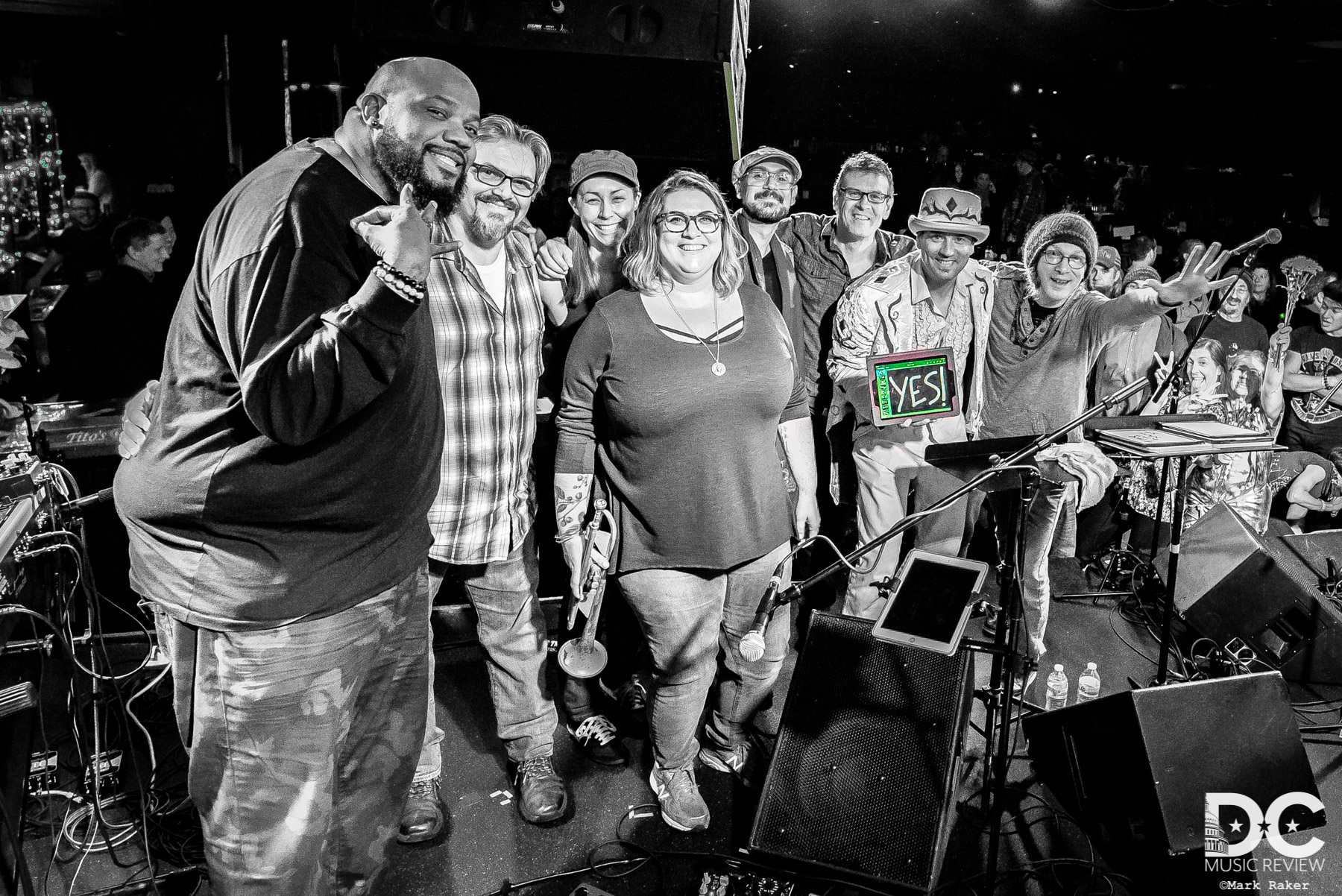 Matt Butler returned to a packed room at Gypsy Sally's on December 29th, with his Everyone Orchestra crew in tow. For those of you that are new to Everyone Orchestra, each tour-even each show sometimes-is made up of a different group of all stars from across the music community. This performance saw Matt joined by Steve Kimock and Tom Hamilton (JRAD) on guitar, Holly Bowling on keys, Vinnie Amico (moe.) on drums, Jeff Mosier (Aquarium Rescue Unit) on banjo, Jennifer Hartswick (Trey Anastasio Band) on trumpet, and Chris Chew (North Mississippi All Stars) on bass. Staycation opened the show, with birthday boy, Gordon Sterling, sitting in on guitar.

The DC crowd was treated to a unique set of Dead music called "Everyone's Dead," with Matt Butler stepping up on drums. Their second set was a return to the usual all-improv music we are accustomed to from Everyone Orchestra.

Relive the entire night below with photos by our photographer, Mark Raker of Mark Raker Photography, audio by Alex Leary and Will Urquhart, and our DCMR Facebook livestream recordings.

Click here to see the setlist for Everyone Orchestra's performance at Gypsy Sally's on December 28, 2018

7. Goin' Down The Road Feeling Bad

Click here to see the setlist for Styacation's opening performance at Gypsy Sally's on December 28, 2018