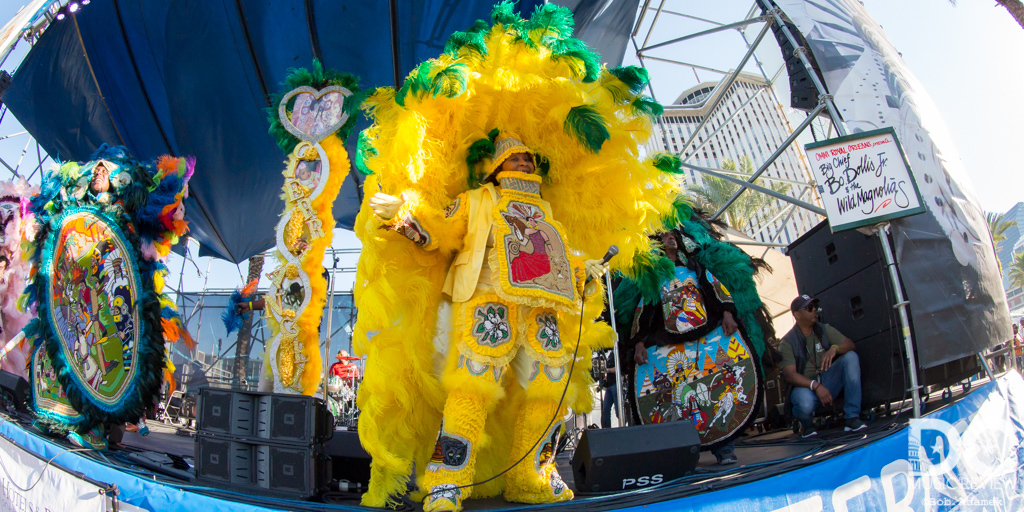 The 36th annual French Quarter Fest (FQF) made a magnificent mark in New Orleans this month. This is an incredible festival for anyone with an open musical mind. The festival builds every day from the opening Thursday with 6 stages, to 12 stages on Friday, to an eye popping 23 stages for Saturday and Sunday.  The stages are nestled throughout the French Quarter including several right along the Mississippi River, giving each stage its own vibe. The music encompasses a wide variety of genres from Mardi Gras Indian music, every shade of jazz in the spectrum, and a lot of what you would expect from New Orleans, a large helping of funk, R&B, zydeco, Cajun music and rock and roll. And the topper to all of this, it’s FREE! It is often easy to take aim at corporations, but their sponsorship of this event keeps it free for fans and pays the musicians. As the stages are spread out and fit into unique settings, each stage has its own vibe. Backgrounds can be some of the centuries old French Quarter buildings, with their gorgeous curved iron railings, balconies and hanging potted plants, or the Mississippi River itself, with giant tankers, cargo ships and cruise ships passing by.

This is really a New Orleans centric festival, featuring the immense talent of the musicians that call the city home. There are no acts from outside Louisiana featured at the festival, and yet you will still find yourself sweating over the schedule, as there are so many brilliant choices happening at the same time. What savvy music fans from all over the country already know is, you can’t go wrong with whatever choice you make.

Another aspect of a festival in New Orleans is that the final character in play is the city itself. Everybody there has art in them. The security guards, the traffic cops, the sanitation workers all have a little boogie in their step. The locals come out grabbing a little something from their costume box to wear. You are surrounded by art and the French Quarter itself does not disappoint. Finally there are the musicians. These musicians in New Orleans live and breathe it every day, every moment. As a group they are friendly and grateful that you took some time to come check out their set. If you absolutely love music, these are your people. Some of the highlights of this year’s FQF include Irma Thomas’ set. She commanded the stage like she was 29 years old, crushing versions of her classics like "Don’t Mess With My Man" and "Time Is On My Side."

Galactic expanded to a four piece horn section and brought out singer Erica Falls to front several songs. Funk Monkey got things started on the main Abita stage with a great set of solid New Orleans funk. All the members of the band play in several other bands, but when they get together it forms a unit with plenty of the “it” factor. The Brass-A-Holics were the perfect opening day headliners for the Jack Daniel’s stage, getting the entire crowd dancing and waving arms to their own blend of brass-band-meets Go Go music.

Little Freddie King was joined by some Mardi Gras Indians to sing and play percussion on a set of pure authentic blues. The Iguanas played a killer set, waffling from songs with a beautiful laid-back vibe to higher energy rockers. Beloved New Orleans keyboardist John “Papa” Gros headlined the Friday night main stage moving back and forth from piano and Hammond B-3 organ, playing a wide variety of styles, all thoughtfully written. He also added a couple of horns to his usual mix. The New Orleans Klezmer All Stars sported an A-list lineup of musicians and drove the crowd to a frenzy. Throughout the festival you could hardly pick a stage that didn’t have outstanding players and great music.

French Quarter Fest also does a great job at keeping the fans fed in style. Several vendors surround many of the stages providing much much more than standard festival fare. Most dishes cost between $6 and $10, in which you can walk away with Baked Alaska with Chocolate Sauce, Crab Cake Slider with Pinapple Slaw, Crawfish and Goat Cheese Crepes, Marinated Crab Claw Remoulade or any of a staggering variety of Po-Boys.

Being that the festival is free, you can enjoy spending some money on music by the artists, the world class food, and investigate the 100’s of art galleries and shops that typify the Quarter. Next year’s dates are Thursday April 2 through Sunday April 5​. 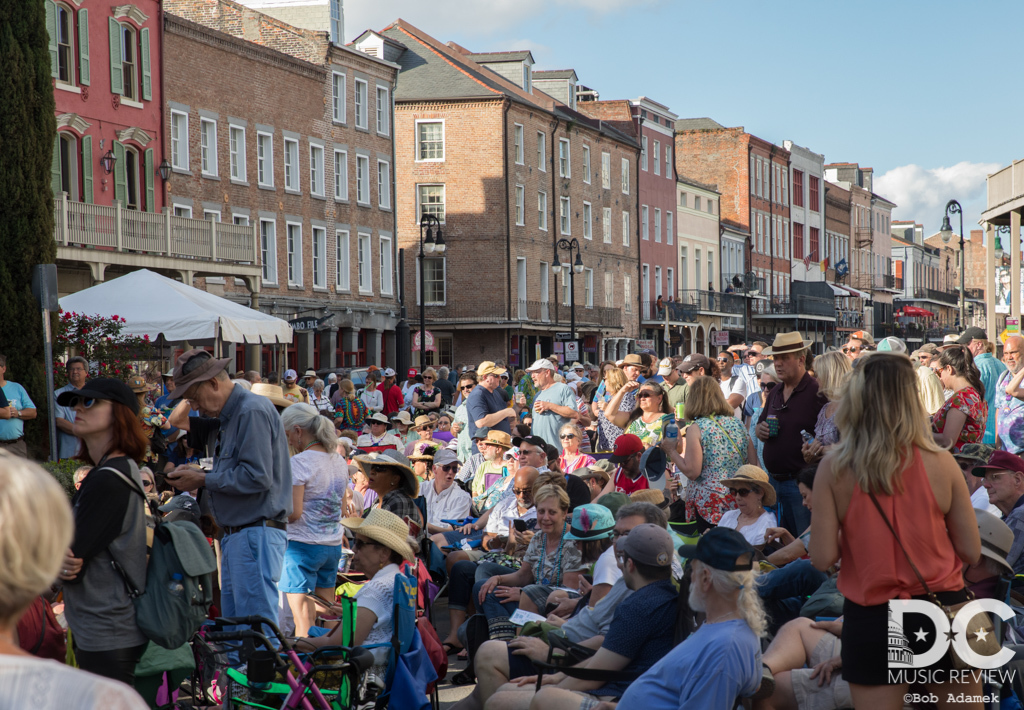 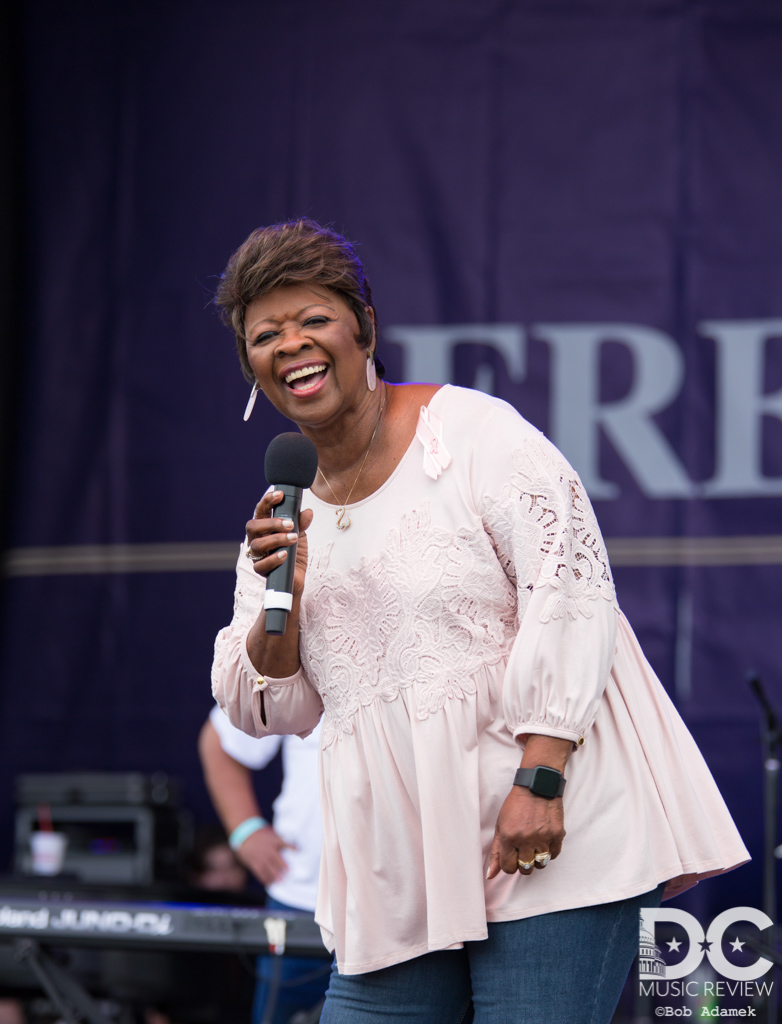 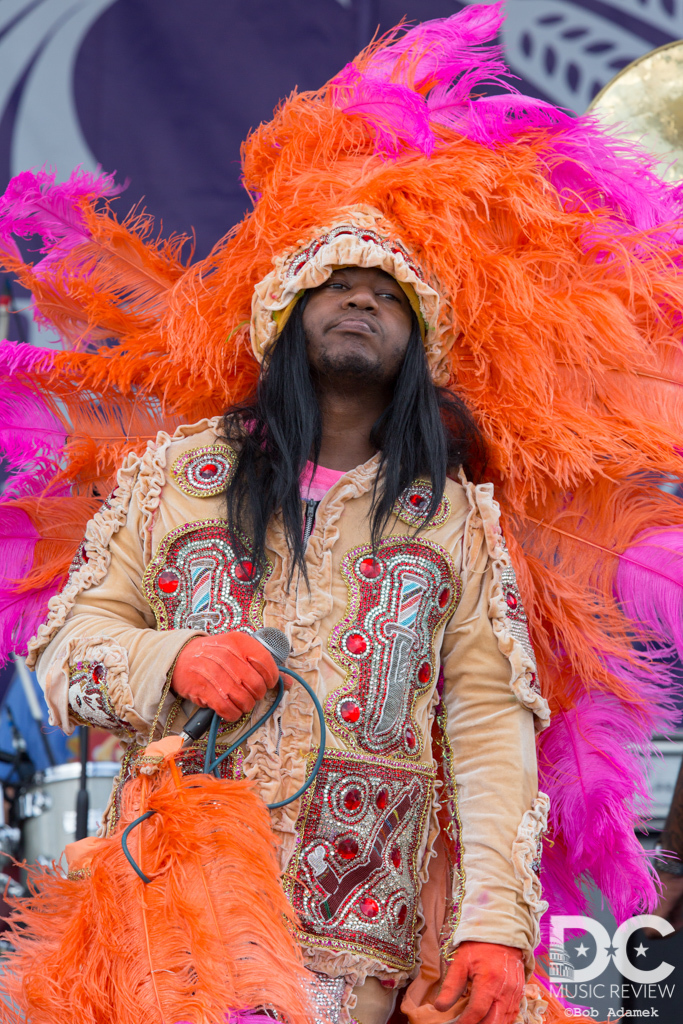