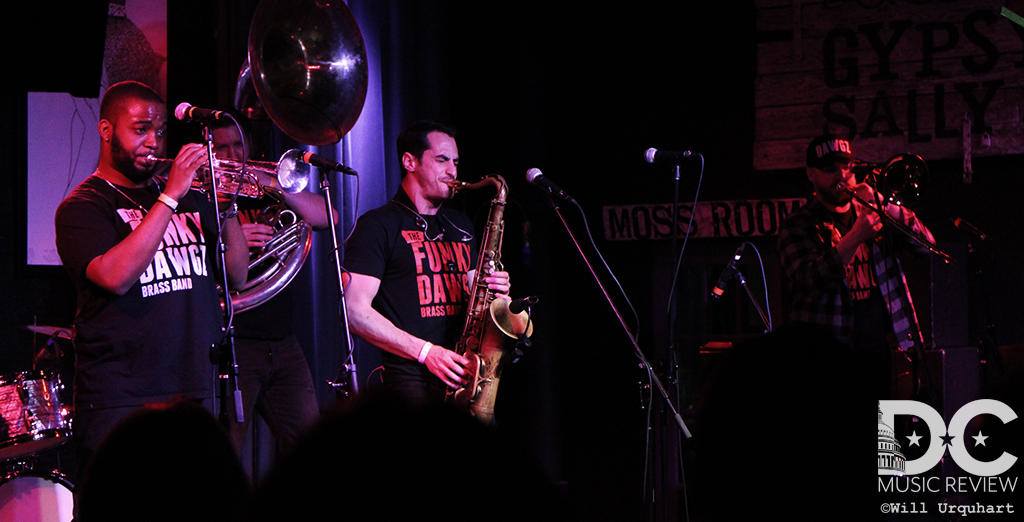 "We just might love Gypsy Sally's, that's why we keep coming back all the time. We know it's gonna be a good show every single time."

Things got funky at Gypsy Sally's last Friday as the Funky Dawgz Brass Band from Connecticut returned to DC with Dan N' Friends opening up the show. This aptly named group brought an energetic party that ended with them dancing on the railings and playing in the crowd. These guys have a crisp sound you can dance to and flawless transitions.

You can relive the entire night with our webcast recording, audio playlists, and photos below.

Enjoy video and audio of the show recorded by our collaborator Will Urquhart.

You Know You Know
Move Ya Body
Beyond the Void
Place 2 Be
Lovely Day
Dawgz Groove
Just Might Love You
Dancing in the Moonlight
Don't ? It
Make it Work
Midnight
Spread Love
Bout to Go Down
Live Ya Life
When the Saints Go Marching By