Ghosts of the Forest with Trey Anastasio & Jon Fishman (Phish), Jen Hartswick, Ray Paczkowski, and Others Coming to The Anthem 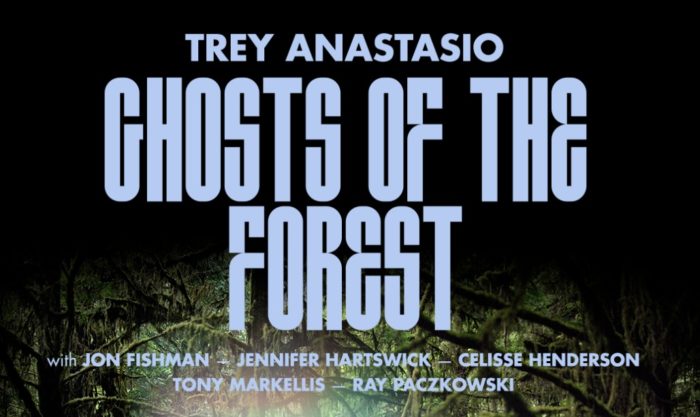 On December 11th, 2018, Trey Anastasio, Phish's frontman, announced he was creating a new side project - Ghosts of the Forest. This new formation will perform nine times in April 2019. Because of high ticket demand and a faithful following throughout the United States, the tour was extended to include two West Coast tour dates from the original seven dates.

This band features several familiar faces that are easily recognizable in the Phish landscape and constellation of stars in the Phish universe.

As of the time of this article, if you want to see this band perform anywhere on the East Coast, you will have to buy tickets for their Anthem performance in Washington DC on April 6. While this indoor venue has a huge capacity of 6500 individuals, tickets for reserved seats have already sold out, and we expect the show to sell out. If anyone on the East Coast who does not have tickets to this event yet and wants to hear Anastasio's piercing Languedoc guitar, perfectly delivered bass lines of "The Milkman" Paczkowski, incredibly layered texture of Fishman's drumming, and jaw-dropping vocals of Hartswick, you are going to have to come down to The Anthem at the District Wharf and see this band.

A portion of every ticket sold at The Anthem will benefit the Seven Below Fund, part of the Vermont Community Foundation.

DC Music Review can say with full confidence that we expect tickets to this performance to sell out. Please purchase tickets before they are gone and you miss this memorable nine-performance run.