gnash is no stranger to bearing his soul to the world; in fact, that’s his preference 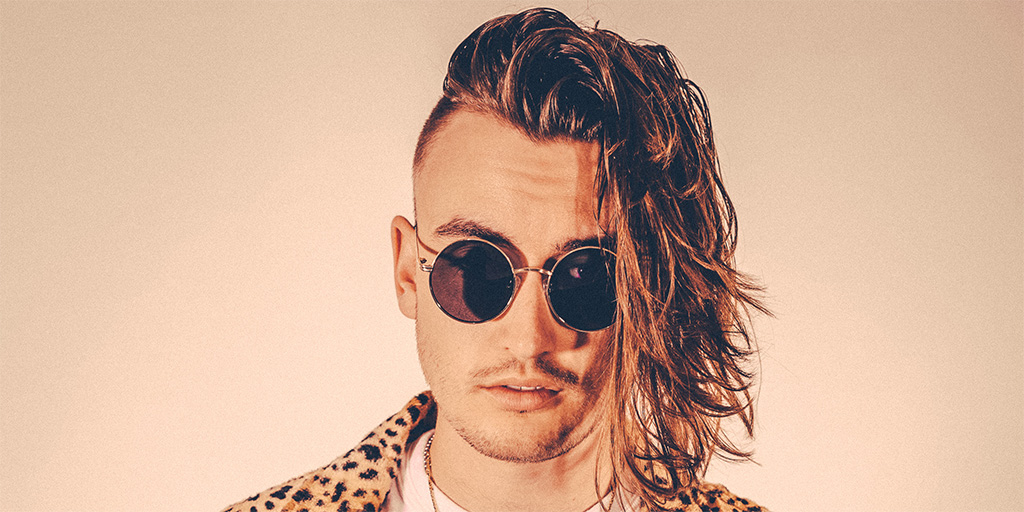 "I learned from my dad that it's good to have feelings"

gnash is no stranger to bearing his soul to the world; in fact, that's his preference. gnash (the ‘g’ is silent) is the pseudonym of choice for Garrett Nash, a multi-platinum singer, songwriter, producer, and DJ who burst onto the scene with his gloomy hit “i hate u, i love u”.

Cheerily greeting me on the other end of the phone, gnash opened with a statement that perfectly encapsulates why he’s connected with millions of individuals across the globe.

“I love D.C.! My therapist actually lives out there...we talk on the phone!”

A strong proponent of openly expressing feelings, gnash will be creating a space for his D.C. supporters to do just that on January 19th. Buy your ticket to his U Street Music Hall gig before they sell out and read on to learn more about his new album, the return of emo, and to get a sneak peek to the world of “The Broken Hearts Club” tour.

Your new album will be released on the 11th, tell me a bit about it!

My album’s called “we”. I’ve had three EP’s called “u” “me” and “us”, so “we” is the next step in the journey. I wanted to make an album for everybody because I believe that if we feel together we feel better.

I wanted to give everyone a bunch of seeds to grow flowers—they can take these songs and make them their own; I hope it helps.

Do you have a particular song that you’re excited to release, or are you more just excited for the entire body of work to come out?

I’m definitely excited about the whole body of work because I made it as a unit, so I hope people listen to it top to bottom. Out of the things that are out, I love "the broken hearts club'" so much; "dear insecurity" is probably the most meaningful song I’ve ever made for other people and myself.

It’s just so awesome that I get to put the album out since it’s been in the works for well over a year and a half now.

There’s a little more that goes into writing an LP than an EP. Did you encounter any writer’s block during the process?

In the past I made my EP’s as just a string of songs that I like, then I put them together and called it an EP. Whereas this time, I approached it from the perspective of it being a body of work. That was a core difference right there—that automatically led to a bit of writer’s block here and there.

I was trying to keep in mind that I was coming from the voice of gnash but also trying to be the voice of the listener. If anything, that was one of the more difficult things. Always double and triple checking myself with, ‘Is this going to be something that will mean something to someone?’ Yes or no, great and then moving on. With that in mind at all times, that’s how "we" came together.

Not just that, but with the singles and the methodical nature that went into everything...I’ve never thought this much about anything ever. I did four years of college and this definitely was more work, time, and effort than I’ve put into anything in my life.

I was watching your music video for “t-shirt” and laughing as I noticed all the references to pop-punk and emo music from back in the early 2000s. How did the concept for that video come about?

I was watching a bunch of older videos that I loved when I was growing up. One that I was watching in particular, was “Weightless” by All Time Low. I just did a year of touring with them and Dashboard Confessional—I was thinking, ‘man, I’d really like to pay homage to these things!’ The idea came from that really.

We then sent that idea around to a couple of directors. Boni [Mata], who ended up directing it, shot us back a treatment where we worked in a love story interlaced with the idea of a throwback feel.

The main character is trying to find himself by emulating all of these things that he thinks the girl will like. At the end, he realizes that if he’s just himself it doesn’t really matter what she thinks.

I think that’s a really nice metaphor for one of the grander themes of the album: nobody likes you more than when you’re being yourself.

It was definitely entertaining to watch, especially as someone who grew up during that era of music. Did you have a favorite scene to film?

I loved getting dressed up in the Panic! At The Disco outfit, I thought that coat was so great! I really loved that Travis Barker outfit. I thought those fake tattoos actually looked pretty good on me and ended up walking away being like ‘huh, maybe I’m a tattoo guy’ [Laughs].

I’ve noticed that emo is sort of making a comeback now that those who grew up with the genre are the ones creating music. Are you seeing that as well?

Oh, totally. I mean that’s what I’m doin’! You see touches of it in Juice Wrld or even Lil Uzi Vert. There are bands like Real Friends starting to come to the surface who’ve been making amazing albums for so many years.

I’m really excited for the place that music is in, and will be in for the next couple of years. It feels like people are really excited to talk about how they feel...and fortunately, that’s my cuppa’ tea.

One of the things that connected me with your music initially was the fact that you talk about mental health awareness and being your true self. As someone who’s created a space for open emotional release at all times from your supporters, have you ever found it’s overwhelming to have such a large impact on people?

If I had to think about it, at times...yeah. But I think it's important to keep in mind that everyone has a job and a purpose in this world. Fortunately for me, my job and my purpose have aligned; I’m here existing to do my best to help. If I’m making sure that I feel good, aligned, and centered, then I’m going to be able to bring my best to the table for people who maybe need some of that energy.

At times yes, it can be a little...it’s not overwhelming, it’s more of the realization of how important this is. I’m not a trained therapist, but I like to think that it can be therapeutic just to speak on how you feel; sometimes all people need is someone to listen. You never know what that five minutes, or ten minutes, or even one minute could mean for that one person’s entire life. To me, that’s what the Broken Hearts Club is all about. It’s where we can come to talk about how we feel and by way of that hopefully, feel better...a little bit less alone.

That’s why I’m so excited for this tour! It’s going to be this place where people can come to talk about how they feel and hopefully feel better, make a couple of new friends, and sing along.

Speaking of tour, the last time you were in D.C. proper was in 2016, when “i hate u, i love u” was just starting to take off...which is kind of crazy to think about.

Yeah! I played that rock club, do you know what that place is called?

Rock N’ Roll Hotel, I actually went to that show!

Has your live set changed in any way to incorporate some of the new songs you have, or is there anything else we can look forward to that will be different? Will it be the same energy of inclusivity and friendship?

Well first of all, thank you for saying that it felt inclusive because that’s pretty much my main goal when I put on an event like that. I want everyone to come in and feel welcome and like they’re meant to be there in that moment. So thanks for that!

Aesthetically, we went for somewhere between a dingy jazz club and an 80’s prom. Those are kind of two places that people come together also to talk, you know what I mean? In the ’80s, nobody had phones at prom, so they had to talk to each other...whether or not they wanted to!

Musically, I personally think we’ve done a really good job of balancing the old and the new. The record comes out two days into tour, so I didn’t want to play too much of the stuff from the new album. Fortunately, we have five of the songs out already, which is really great! So we’re playing all of that plus everything that people love from the old stuff. I didn’t want anybody to go home unhappy.

The other thing is that if anybody sees me on the street and is like ‘hey man, I really love Lonely Again!’, I’ll always sing a couple of bars for them if they want to film me doing it. Sometimes songs like that don’t necessarily work for the moment of the tour but I always want everybody to feel like they got what they came for.

I write a monthly segment called ‘On Our Radar’, where I feature up and coming artists. I actually featured one of your openers, Guardin, in my December post! Who’s been on your radar lately?

Guardin is definitely on that list, I think he’s fantastic! My favorite song of his is “i think you’re really cool”. I see a lot of the same glimmer of sparkle as when I was getting started—he’s got a really, really bright future ahead of him.

Another artist that I’m really into right now and who’s become a good friend is Field Medic. I’m a big Bright Eyes and Death Cab for Cutie fan. I really just love acoustic music at the end of the day; I love throwing a song over an acoustic guitar and that’s what Field Medic does amazingly well, so I’m a huge fan of his.

Mallrat, who’s also coming out with us on tour—she’s fantastic! I went and caught one of her shows here in LA. She brings such great energy to the stage; she jumps around and you can just tell she’s having a great time. When I’m watching a show, that’s what I love, is to see someone doing what they love and not just going through the motions.

And then Carlie Hanson, who I’m really into now as well. She’s coming out on tour with us to do the first five stops. I’m excited, it’s gonna be a good run!