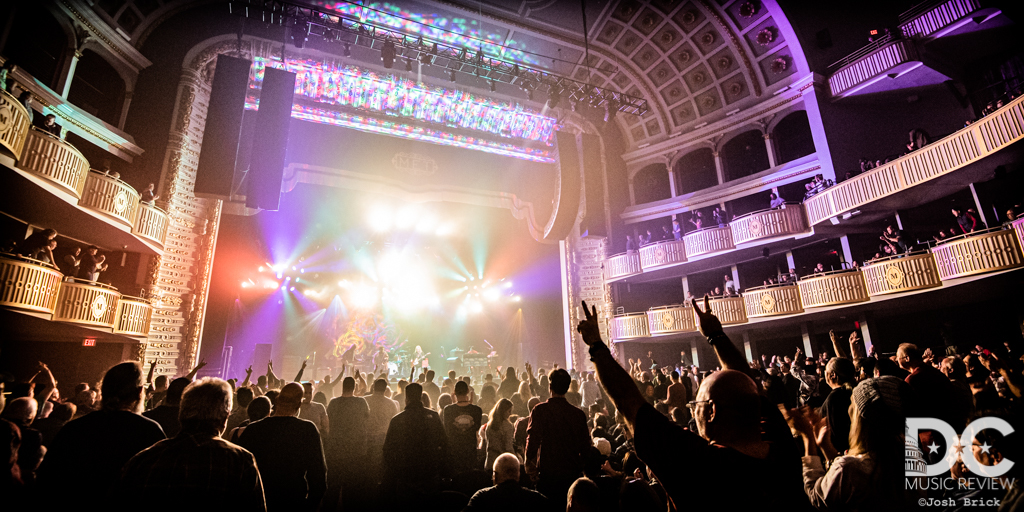 Gov't Mule began their annual NYE run in Philadelphia, PA at the gorgeous, newly-renovated theater, The Met. The band, celebrating their 25th anniversary in 2019, welcomed a variety of guests for a raucous night of rock music in the City of Brotherly love on Friday, December 27, 2019. Haynes emerged solo for the second set and serenaded the crowd with the Son House blues standard "Grinnin' In Your Face." The Better Half Singers, consisting of Machan Taylor and Mini Carlsson provided supporting vocals on "Million Miles From Yesterday" and The Box Tops classic , "The Letter." The party was just getting started as Gov't Mule welcomed Johnny Stachela (guitar), Berry Oakley Jr. (bass), and John Ginty (organ) from The Allman Betts Band, who opened the night's festivities, for a soul-quenching "Statesboro Blues" (Allman Brothers Band). Holloway returned for the extended, set-closing "Blind Man In The Dark" > "Trane" > Blind Man In The Dark sandwich that featured a flavorful sax vs. guitar duel between he and Warren. Mule saved the best for last with a truly thundering rendition of "Whipping Post" that featured a searing sit-in by Duane Betts (guitar), at times looking and sounding like the spitting image of his father, Dickey, on his beautiful gold top Les Paul. The crowd gave a deserving ovation to the band and to Betts for an early new year's treat and a show that will be remembered for many years to come.