Handsome Ghost Bear Their Soul On A Historic Night In D.C. 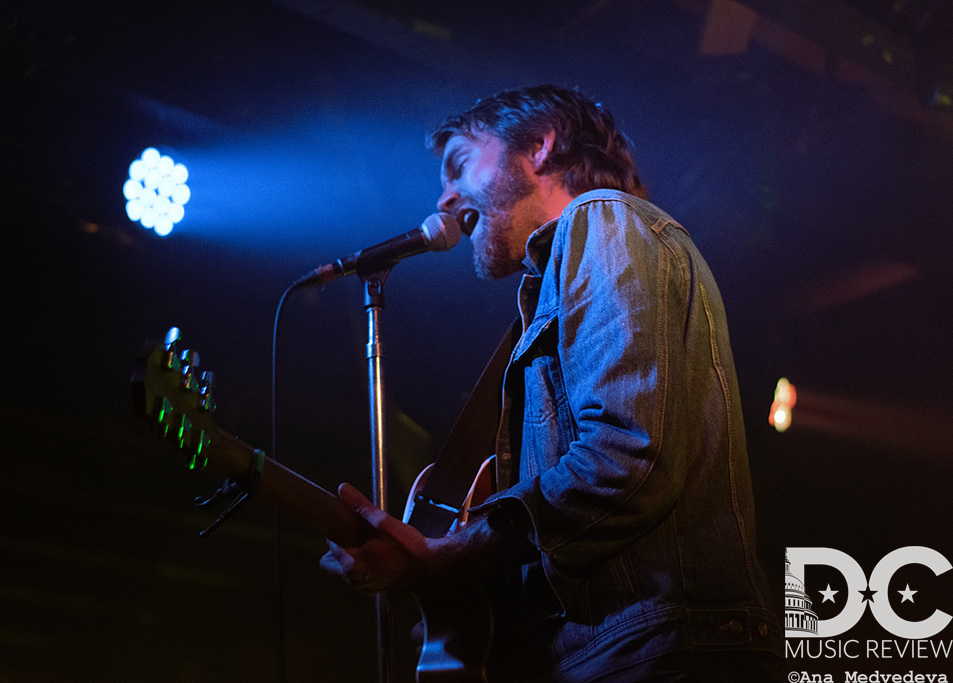 On May 23rd, what would become a historic Wednesday night for the district, Boston-based duo Handsome Ghost managed to tear their audience away from the Washington Capitals hockey game with their ethereal bedroom synthpop. The duo, comprised of Tim Noyes (vocals), and Eddie Byun (synths, production), put on a no frills performance, leaving their audience captivated at DC9. Bopping their heads in the dim lighting to the tune of Noyes’ acoustic guitar, the crowd quietly sung along as the duo exchanged tiny smirks and shy glances.

As the set progressed, Noyes found himself lost in the performance, with emotion pouring out of his every pore as he stomped his foot to the steady pounding of the drums. Glancing at the ceiling, Noyes seemed to be transported back to the moments that inspired his words. It is evident that his lyrics come from a place of raw emotion, as one can feel  his heartbreak, his love, and his regret.

But a mere walk in his shoes isn’t what Noyes is striving for. With Byun quickly exiting the stage, Noyes cleared a small space at the front of the crowd. It was time for the crowd to fully step into his shoes, and experience the moment as if they were him.

Playing an acoustic version of “Graduate”, Noyes encouraged the crowd to sing along to the chorus. Slowly but surely, soft echoes of his words filled the room as the lyrics formed on the lips of the attendees. Byun returning to the stage, the duo finished off their set with a few songs off of their latest release, including “beauty / bends”. Giggles filled the room as the cheers of die-hard Washington Capitals fans, who just witnessed their team advance to the final round of the Stanley Cup Playoffs, accompanied the final number.

“Thanks for coming out, I know this is sad music”, laughed Noyes, recognizing the irony of the situation.

With their humble energy and enthralling stage presence, Handsome Ghost will surely be upgrading to the 9:30 Club in no time.