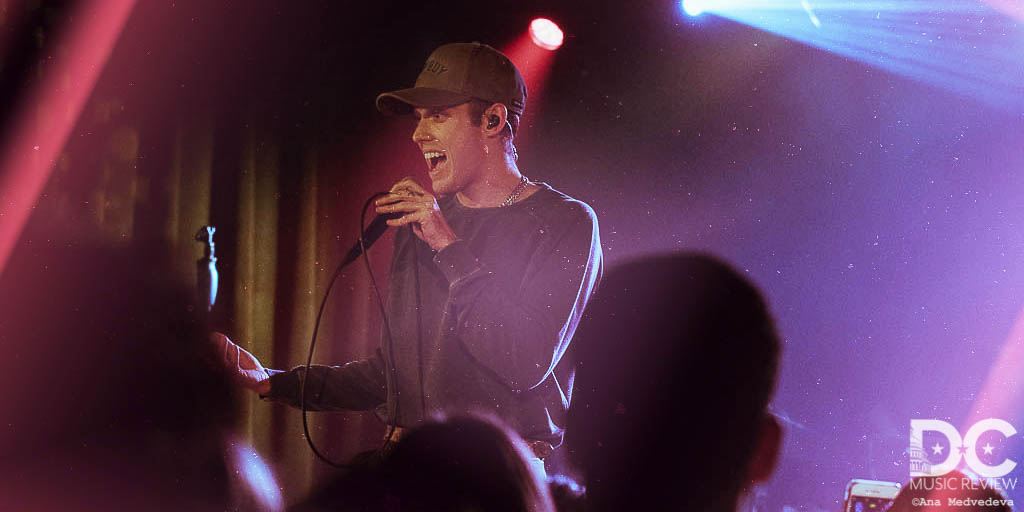 Harry Hudson is, without a doubt, slated to become the next big pop icon. In addition to his boyish good looks, intoxicating charisma, and catchy tunes, Hudson has an inspirational story of resilience and strength.

Beating cancer and slowly coming to terms with the recent passing of his father, Hudson is determined to live his true life, making every night the best night of his life. Holding nothing back, Hudson stood onstage, unabashedly sharing everything from the mistakes he made as an immature boy, to his tears after performing the song he dedicated to his father.

Opener JP Saxe also contributed to the honesty and openness of the evening. With songs that were softer, with riffs that were reminiscent of those favored by Daughter, Saxe sang of his past love, pausing in between songs to exclaim, “f**k feelings man, I have so many of them.”

After Saxe’s heartfelt and somewhat sad (but in the best way) set, Hudson walking out to a twangy western intro peppered with gunshots was quite alarming. Although jarring, it snapped everyone to attention, eyes glued to the stage before the lights even started to dim. Leading off with “Legend of the Yellow Rose” — a sultry western tune that wouldn’t have felt out of place in Westworld — Hudson strutted back and forth across the stage, riling up the eager crowd, encouraging them to let loose and enjoy themselves.

Although the show wasn’t sold out, everyone in attendance was ecstatic to be there, feeding off Hudson’s contagious energy.

In DC just months prior opening for Kygo at the Anthem, Hudson returned to the District boasting that, “it’s great to be back in DC,” adding that the crowd was the best he’d ever had. Part of that should be attributed to Hudson throwing his entire self into his performance. Constantly jumping, dancing, and launching himself feet into the air, I was exhausted just watching him. About a quarter of the way through his set, Hudson proclaimed, “People think I’m trying to come out here and be f**king cute, but I’m out here trying to be f**king sweaty. Welcome to the tour.”

Despite a majority of Hudson’s songs favoring a heavy and fast-paced beat, the sentiments behind them were meaningful and powerful. In addition to his high energy, Hudson took the time to explain the thought processes behind some of his songs. “Kelsey” for example, was written after he’d cheated on a girl. Booing turned into cheers after he qualified how he’d matured since then and is now “man enough” to admit his errors. Before launching into the catchy tune, Hudson joked, “she hates me, but loves this song.”

"Hudson is determined to live his true life, making every night the best night of his life. Holding nothing back, Hudson stood onstage,
unabashedly sharing everything..."

“Love, Dad” quickly followed, which could not have been sharper 180. “I didn’t write this song, the song wrote itself,” Hudson explained, detailing how he produced the track in search of closure after his dad’s passing. This song was one of the highlights of the night, with Hudson baring his heart onstage to the point where he had to turn around and wipe away his tears at the end of the song. The moment was just so pure and genuine that anybody who wasn’t previously sold on the young performer couldn’t help but root for his success.

Hudson also dedicated his final song of the night, “Gone,” to his father, saying it was his favorite. Hudson added, “tell the people you love that you love them,” reinforcing the lingering message that life is short and we need to make the most of it before we’re gone.

I’m excited to see what Hudson does next. While he does have plenty of room for growth in his career, he definitely kicked off this year with a bang. His vocals definitely favor his live performance, sounding less processed, clearer, and more alive.

We hope to host him in DC again soon for a longer set with new tunes.

Click here to see the setlist for Harry Hudson's performance at Union Stage on Sunday, December 2, 2018.