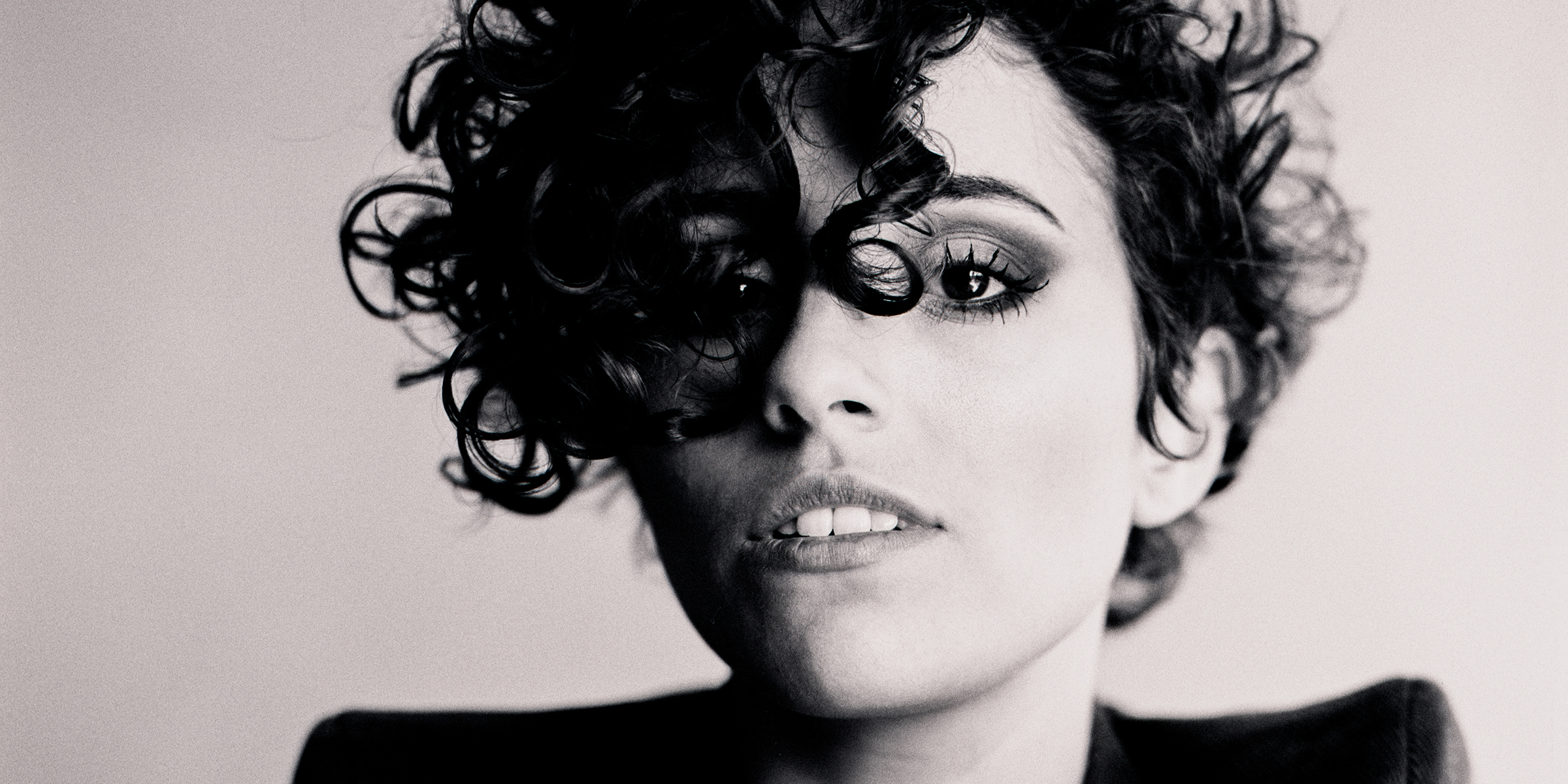 All this week, DC Music Review is talking to some of the women/bands who will be performing front and center at the Radiohead tribute + Planned Parenthood benefit concert.  Our final interview before the show TONIGHT is with fᴏяᴄᴇs, a band that I have a special place for in my heart. I was warmly welcomed into their studio, which hugged me like a glowy cocoon, for what was the most intimate, real conversation with their four members: Cristina Rios (vocals, keys, tiple, Ableton), John Lanou (bass), James Dietz (drums), and Hernaldo Hernandez Lepe (guitar).

What are they all about? Their sound is highly experimental, indie-bent, and hard to qualify into any one genre. If they were paint, they would be a palate tipped on the side so the color is always changing and melting and morphing, making it hard to say exactly what it is. When I closed my eyes and listened to their rehearsal, all those colors, they were really pretty together.

(Photo above by Grant Ellis) DCMR: Hi everyone! Thank you so much for inviting me into this sacred rehearsal space. I can't wait to hear you play later! But first, some questions. Tell me a little bit about you as a band, how did you come to be?

Cristina: We met by chance at a 7DrumCity potluck jam.  Haha what's better than food and jamming out, right? The chemistry was undeniable.

DCMR: That is the best! And how would you describe your music?

Hernaldo: People have said psychedelic indie rock, so we go with that. We've gotten "Bjork-like" a couple times, and I think someone said Arcade Fire once.

John: We're fans of the one-chord song.  Like psychedelic-groove vamps. There's a lot of freedom to experiment within that constraint.

DCMR:  And what is fᴏяᴄᴇs working on right now?

Cristina: We are really excited to be recording our first single called “Mojo” and it is a nod to pan-sexuality.

DCMR: Wow, I cannot WAIT to hear "Mojo," it feels really important to get a song like that out there right now. So tell me about your relationship to Radiohead?

Cristina:  I’ve always been drawn to Thom Yorke’s vulnerability -- and that vulnerability inspires me. I believe that music in it’s purest form is vulnerability – especially when you are talking about jamming -- putting your heart out there. Those are feelings I try to embody in my music, connecting with people through vulnerability.

James:  I heard "Karma Police" when I was like ten years old in my parent’s car. I remember thinking it was a rock song but the singer was so exaggerated with emotional and sounded so nasal and in my I was thinking, “what IS this?  Who has the audacity to whine all over the track? And in such an amazing and catchy way.” (Laughter.) And then they got stuck in my head.

John:  OK Computer is one of the top five albums of all time.  I liked that the album was so sophisticated, but at the same time so accessible and melodic. They were almost poppy in how accessible they were, but they were also complex where they experimented with rhythms – they do some poly-rhythms in there, irregular time signatures.

Hernaldo: I heard  “Paranoid Android” and I was hooked.  I had never heard anything like it. Then I heard “No Surprises” and “Karma Police” and I thought, the music knows exactly how I feel. I admire what they do because they are very complex.  If they played a chord over and over again they would show you different colors of that chord. They practice being themselves and experiment without having boundaries and without rules.

John:  The true disciples of Radiohead in my opinion is a band called Lake Trout.  If your reader’s have not seen them or heard them you must check them out.  They are not around anymore, but they were from Baltimore so go check them out if you can. DCMR: What has the rehearsal process has been like for you?

James: Cristina surprised us with an Ableton backdrop to the song and we built around that. It might catch people off guard.

Cristina: Yeah I learned how to use Ableton specifically for this show. Really excited about it!

DCMR:  I love that you are taking a risk and trying something new at the show! This show’s all about female empowerment. How do you think the music industry can better support women?

Cristina:   I know a few people who are involved in Girls Rock DC – it creates a safe space for female identifying and non-binary youth to learn, grow, and feel supported. That’s amazing and I think more organizations need to do that.

Hernaldo:  Historically people from different races, gender, and so forth have been discriminated against and that has been the norm to some degree. That has to change. You should not be boxed in based on your gender, your skin color, who you are, how you dress.  If you play music…you play music. If it sounds good, it sounds good, no matter you who you are.

Cristina:   Yeah! The Philadelphia Orchestra is now auditioning people behind a screen.  So even if you are unconsciously judging people by appearance, you can get a fair perspective on the music.  In general you don’t see as many women in music and bands, and women continue to be discriminated against. This is a place where change is needed.

John:  I read that since they started doing the screens at auditions, the representation’s been 50-50 – literally the results changed.  Not just gender, but really in general what they looked like. Maybe all rock bands should perform behind screens.  That way it is all about the music and the expression. DCMR: I couldn't agree more. So last question before I hear you play. What are you most excited about as you're getting ready for June 2?

Cristina: And I'm excited to hear how other bands give their own interpretations of Radiohead songs.

DCMR: Well, I am so excited to see all of you perform, along with so many other incredible musicians. Thank you for taking the time to talk with me and inviting me into this amazing space!

To learn more about fᴏяᴄᴇs please check out their Facebook page.