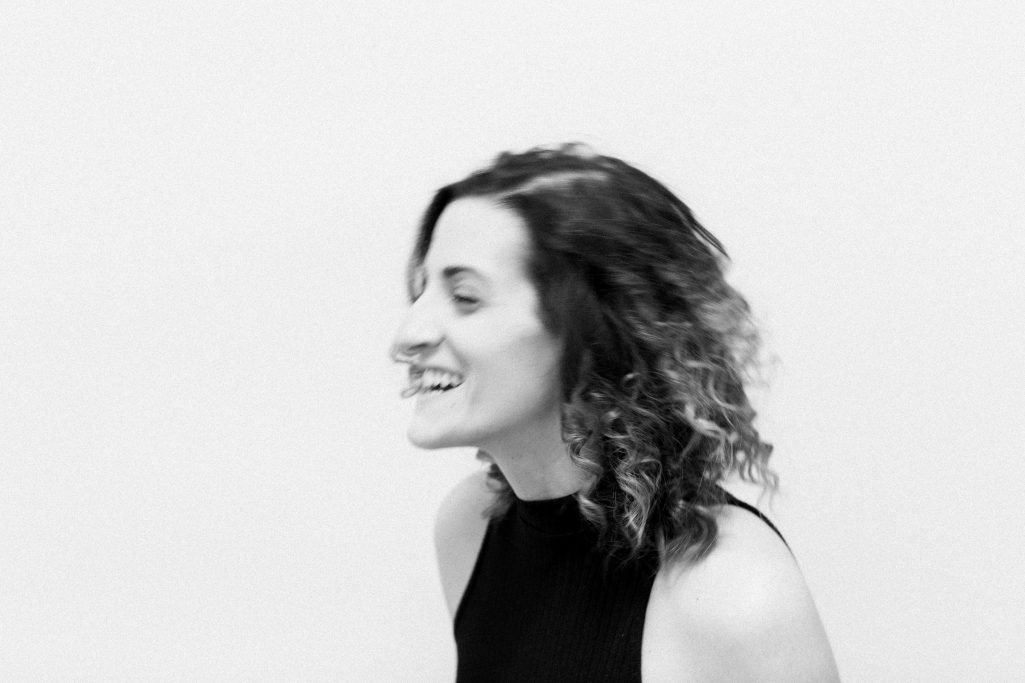 The Staycation Radiohead tribute + Planned Parenthood benefit concert shaping up to be a very exciting show, with dozens of local musicians slated to perform, including a lineup of all-female lead singers. (For more information about the show, check out this article and also the DCMR interview with organizers Stephanie Sasarak and Nikhel Sus --guitarist/vocalist of Staycation-- about their plans for the concert.)

With the show just around the corner, DC Music Review is talking to some of the women/bands who will be performing front and center at the show.  Our first in this series of interviews is with the fabulous Sara Curtin whose voice, sentiment, melodies, and lyrics hit such a sweet spot.

(Click HERE to purchase tickets to the show. Word is that tickets are moving fast and it may sell out.) DCMR: Hi Sara! Thank you so much for taking the time to do this interview, we are super excited to talk to you, our first of some of the AMAZING women who are headlining the Radiohead Tribute/Planned Parenthood benefit show. Can you tell me a little bit about you as a musician?

Sara: Hi! Thank you so much for this opportunity to connect! So I play solo under my own name and as Sara Curtin Five with a band. We play the more indie rock influenced songs that I write and the instrumentation is more electric. Another major project I’ve been a part of for a decade is The Sweater Set, which is a contemporary folk duo I have with Maureen Andary. In addition to these main projects, I play acoustic guitar and sing in Justin Jones’ rock/americana band, and add harmony vocals to The Cowards Choir.

DCMR: Cool, I love all of those projects, and have a special place in my heart for the Sweater Set! Shout out to Maureen who is one of my ukulele teachers. Tell me, how long you’ve been playing in the DC scene?

Sara: I was born and raised in DC, so my early musical roots are all here. I went away to Michigan for college and then lived in Brooklyn for four years after that, but would always come back and perform at open mics or small clubs/house shows. The Sweater Set started back in 2008 while I was still living in Brooklyn, and we would play once a month down here and once a month up there. After I moved back to DC full-time in 2011, I was able to integrate more into the DC scene and get to know the other musicians in the community.

DCMR: We are SO glad you are back in the DMV! Do you have any albums coming out/shows or tours coming up?

Sara: I recently released my 3rd full-length solo album called “Or So It Seemed”, (with a couple videos here and here), which I toured this fall on the east and west coasts. Now I’m finding myself more in the stage of writing and playing without the pressure of booking shows and filling houses. I’ve found that it’s important for me to honor both the quieter, more introspective times of being a musician, as well as the more visible and active. That being said, The Sweater Set just finished writing and recording our 5th album to celebrate our 10 year anniversary. We’re not sure when it will be released yet, but we’ll definitely make sure to let everyone know!

Making this record was a very special process because we wrote and arranged all new songs with the intention of recording them LIVE in a studio with an audience present. It was a lot of pressure, but we really buckled down and are thrilled with the result.

DCMR: We can’t wait to hear the new album! It’s so great when you can record in front of a live, appreciative audience. Now tell us, how did you get involved in this Radiohead Tribute show?

Sara: About a year ago, I was bored one afternoon and probably getting down on myself for not releasing enough music - there’s a lot of pressure today to be constantly reminding people you exist! - and decided to revisit one of my favorite songs by one of my favorite bands and just make a live video cover. I chose “The Tourist” by Radiohead and arranged a very simple acoustic interpretation of the song. I’ve been pleasantly surprised with the reception it’s gotten. It’s actually my video with the most comments and reactions from listeners around the world. People love Radiohead! It’s been nice to be able to connect through this common appreciation. Neel Singh (Staycation & Drop Electric) saw it and reached out this spring about having me as a part of the show. I’m honored and very excited to perform the song with them, as well as hear all the rest of the renditions throughout the night.

DCMR: Do you remember the first time you heard Radiohead? What has that band meant for you as a musician?

Sara: This isn’t the first time I heard Radiohead, but I have an incredibly vivid memory of listening to “The Tourist” while riding the F train in Brooklyn - the stretch when it’s above ground, winding its way toward Manhattan, and all of a sudden out the left side of the car you can see the Statue of Liberty peering through the parted buildings. It was so emotional, so beautiful, so sad. I’ll never forget it.

I don’t remember exactly when I heard Radiohead for the first time because I was in elementary school when OK Computer rose to its epic popularity, but I do remember the importance and impact of rediscovering Radiohead when I started writing my own songs in college and when I moved to New York after graduation. Their mastery of vocal melody and playfulness with rhythm struck me hard. I write a lot in mixed meter and less conventional time signatures for pop music and am sure that Radiohead played a huge part in that part of my development as a songwriter. I think specifically about how infatuated I was with the song “15 Step” on In Rainbows. Everything about it drew me in - how the 5/4 time signature sounded so fluid with the melody and lyrics, and how naturally danceable it was even though it strayed from the more common 4/4.

DCMR: It’s amazing to hear about everyone’s story with Radiohead. I love that you have a very specific memory of a very specific song. I’m sure you think of the Statue of Liberty every time you hear it! And speaking of strong women, let’s talk about female empowerment in music. What’s being done to support women in music and what can be done better, in your opinion?

Sara: I absolutely loved what organizer Stephanie Sasarak said in the DC Music Review interview about planning this show with all female lead singers because “it’s more important than ever to highlight women’s voices, both symbolically and literally.” I’m really proud to be a part of this show.

DCMR: I totally agree. And it’s great that they are bringing together so many talented local musicians to perform. So you know DC really well as a native, how do you think the DC music scene/community is changing?

Sara: New bands, new albums, new videos every day. It’s great to see so much growth and encouragement between bands and genres. I’d like to see even more shows produced that bring different genres together.

DCMR: Which artist are you most excited to see perform at this show?

Sara: I always love seeing Lauren Calve perform. She’s got the fire and I’m really looking forward to hearing her in this setting. There are a lot of performers on the bill who I’m not as familiar with, so I am also pumped to get to know and hear them. It’s funny; even though I may not know everyone, I already feel a kind of kindred spirit with them because of our shared proclaimed love for Radiohead.

Sara: It is SO IMPORTANT! I have a hard time with questions like this because it doesn’t seem like it should be up for debate. Women having access to affordable, safe health care, education, and support is just the way it should be. Period.

Sara: Thank you for this opportunity! Oh, and my photographer is Amanda Reynolds (Plume Photography).

DCMR: Thank YOU so much! We can’t wait to see you perform on June 2 at the Black Cat!

Want to see this artist and more at Staycation's Radiohead Tribute?