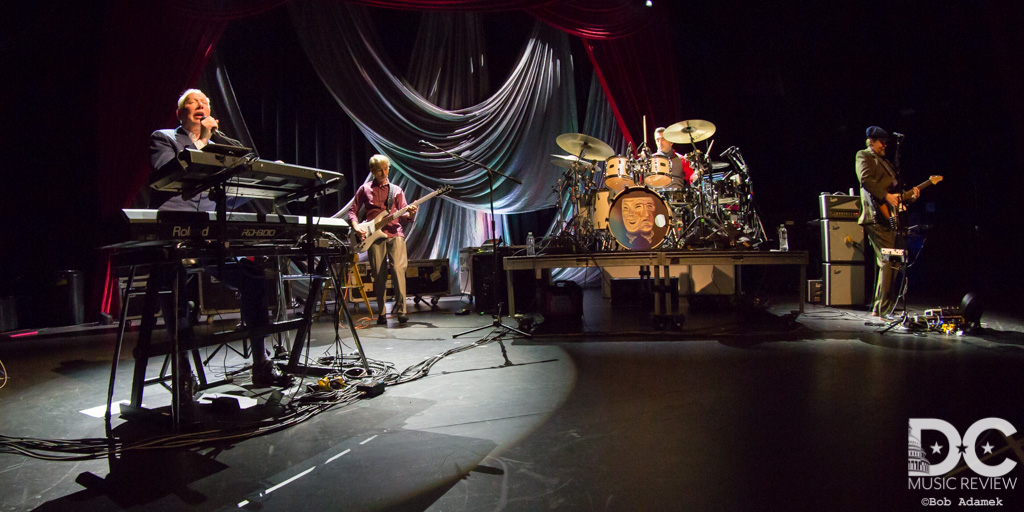 Joe Jackson greeted The National in Richmond on February 10, 2019 - the forth stop on his Four Decade Tour that tours North America before crisscrossing Europe before returning back to North America for in the spring. 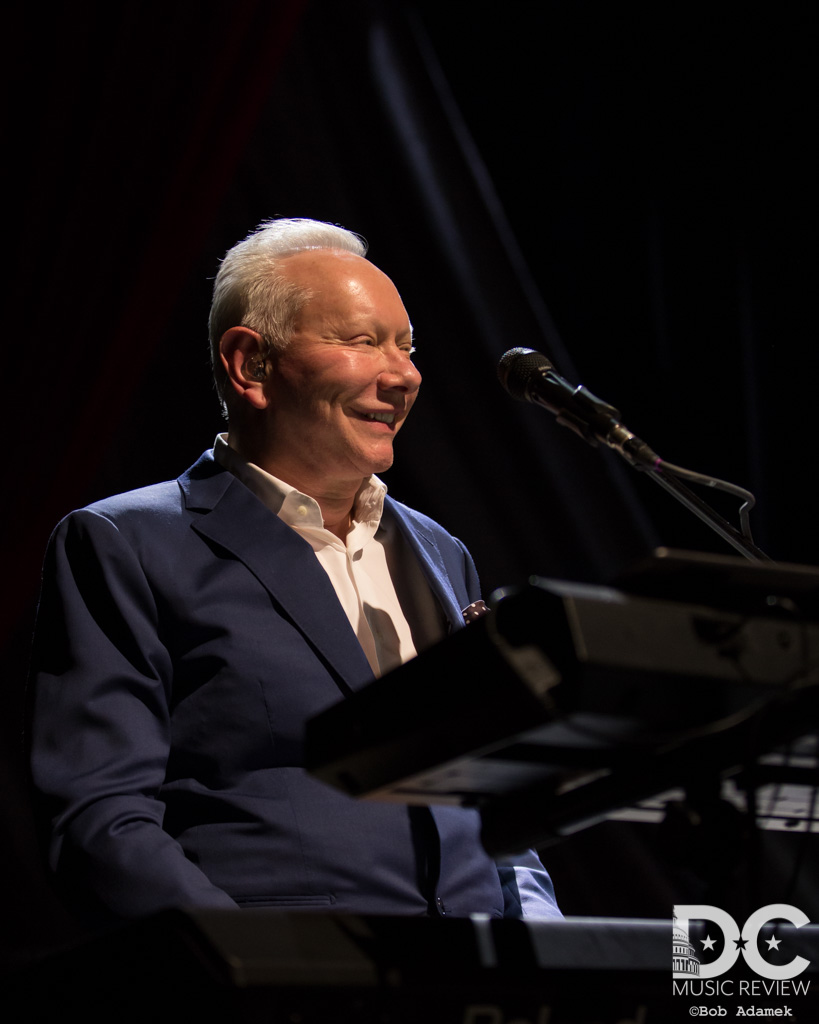 The band entered slowly, first Doug Yowell took up the drum set, and then Teddy Kumpel slipped out and added some guitar. The lights were set to a dim red, Graham Maby grabbed his bass, then finally Joe Jackson took up his seat at the keyboards. The band worked through the moody number called Alchemy, the final track on Joe Jackson’s latest studio album Fool,the 21stof his 40-year career. The crowd at The National in Richmond, VA was drawn in; the last notes slowly faded, and suddenly the show exploded. Strong white light bathed the band and beautiful stage set, and the punk rock opening track, One More Timefrom Jackson’s iconic first album, Look Sharp leapt to life. The stinging, edgy guitar was a shot of adrenaline, and when the bass and drums dropped in the night was already in full swing.

This was the fourth show of Joe Jackson’s Four Decade Tour, a two-hour, twenty-two song journey through a diverse career, which started in the transition from punk to new wave, then moved through pop, jazz and classical music, landing him a dedicated following. Joe played these songs with joy; happy his well-crafted tales were still finding sold out audiences that loved them like he did. His voice hasn’t seemed to change very much, powerful, big and booming. The band of veteran musicians seamlessly turned on a dime to play whatever style the songs demanded. A special treat was that Graham Maby, who has been on 19 of Jackson’s albums, was manning the bass chair. After "One More Time" the band worked through another Look Sharp song, "Is She Really Going Out With Him", followed by 1982’s "Another World" from Night and Day. Jackson’s new album played a prominent role with four more songs including "Big Black Cloud", "Fabulously Absolute", "Friend Better", and the title track "Fool", in which Jackson played a crushing keyboard solo.

Among the night’s highlights were a couple of cover songs, The Beatles "Rain", and Steely Dan’s "King of the World." Jackson played an absolutely burning piano solo on "Cancer", also from Night and Day. And Teddy Kumpel played a fabulous solo on "What You Want" from Body and Soul.

Jackson graciously thanked the crowd, saying that at this stage of his career he takes nothing for granted, and it was a thrill to play to a sold out crowd in a city he may only have played once before. He did his best to engage with the audience and his band in a way that presented this show as special, something I’m sure he puts his mind to every night. Drummer Doug Yowell was a monster behind the kit, and he also added a couple of tasty solos as did bassist Maby, who played brilliantly all night long. Everyone in the band also added background vocals, adding another level of depth.

Perhaps the night’s biggest highlight was the first of three encore songs. Jackson explained that he has a reputation for playing varied arrangements of his classic songs, but wanted to try to do one exactly as recorded. For this he chose "Stepping Out" from Night and Day. Jackson told the crowd that "Stepping Out" was a track he played all the instruments on himself in the original recording. He brought along the original drum machine, something that looked like a giant old tape recorder. They plugged it in, used the original bass loop, and had Maby play the glockenspiel while Kumpel played the second keyboard track. Yowell played the doubled snare drum track, the only thing Jackson hadn’t originally played himself. It came off flawlessly.

The night ended much like it had started, playing a song from Look Sharp, "Got The Time", then a reprise of "Alchemy", once again under dim red lighting. It made for a nice full statement. Don’t miss your chance to see this tour if it comes near you, it is a great night of a great career of music.

Click here to see the setlist for <Joe Jackson's performance at The National  on February 10, 2019