Keller Williams brings his Thanksforgrassgiving to Richmond, VA and Washington,DC 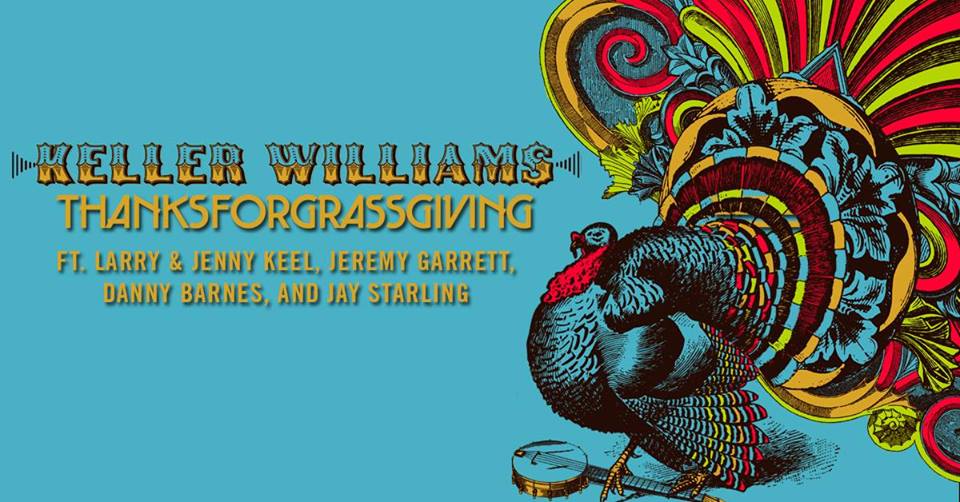 If you live close to Richmond, VA or Washington, DC and are a bluegrass fan, you have an excellent opportunity to see two all-star bluegrass performances.  Keller Williams presents his third annual Thanksforgrassgiving bluegrass concerts.  November 24th, the day after Thanksgiving, you can see Keller and his band perform at The National in Richmond, VA.  On Saturday, November 25th, Williams takes his all-star band north to perform at 9:30 Club in Washington, DC on November 25.

Each performance will start with an opening solo set by Keller Williams followed by a performance by the Thanskforgrassgiving lineup band.

This year each of the Thanksforgrassgiving shows will feature for the first time an opening solo set by Keller Williams, followed by a performance by the all-star Thanksgiving Band. The third annual event will showcase a band lineup that KDub on his “poser mando” along with guitarist Larry Keel and bassist Jenny Keel of The Keels, fiddler Jeremy Garrett of The Infamous Stringdusters, Dobro player Jay Starling of Love Canon and banjo player Danny Barnes.

Thanksforgrassgiving posters by @nateduval have arrived! See you on Friday at @thenationalva in Richmond VA and on Saturday at @930club in DC. Tix @ KW.net