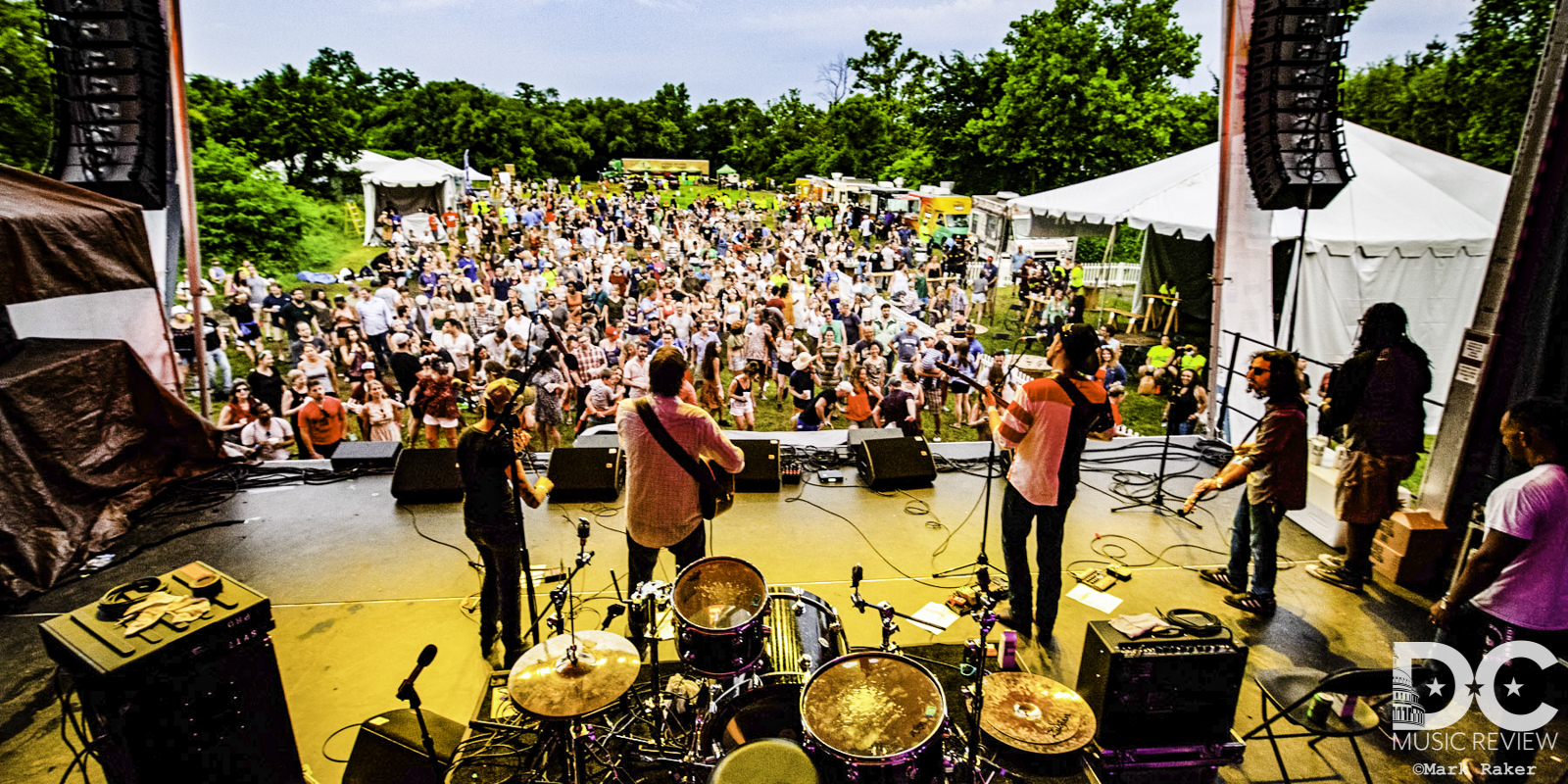 DC’s 9th annual Kingman Island Bluegrass & Folk Festival was held last Saturday, drawing thousands to the banks of the Anacostia River in Northeast. The festival boasted a lineup of dozens of local and national artists across five stages for one day of live music and environmentalism to benefit Living Classrooms of the National Capital Region. Originally created in partnership with DC’s Department of Energy and Environment, the festival has grown significantly since its 2010 launch, and this year’s installment was a testament to its impact on the city, officially partnering with the District of Columbia in celebration of the “Year of the Anacostia.”

With the endless construction and gentrification of the nation’s capital, it’s easy to forget that Washington, DC was built in a swamp, but that history is immediately clear upon arriving at Kingman Island. Sitting in the shadow of RFK Stadium, many DC residents can spend years completely unaware of the existence of this scenic area, but for live music fans, this festival is a can’t miss event.

Entering Kingman Island is a refreshing reprieve from the hustle and bustle of Washington. Walking the hiking paths and staring into forests and small islands surrounded by the Anacostia, two stages are set-up between the entrance and the main festival grounds. The first, on the smaller Heritage Island, spotlighted independent artists and singer songwriters, giving them some exposure as attendees walk from the festival entrance to the 3 main stages on Kingman Island. The second stage, located on the dock between Heritage and Kingman Islands offered another space for small, local acts to be spotlighted. DC’s own Dave James played a great early-afternoon set on the Dock Stage, bringing his distinctive, soulful R&B to Kingman Island and offering a different vibe than just about any other artist at the festival that day. His music made a small crowd on the dock dance during one of the sunny hours of the day, which would become fewer and further between as the afternoon went on. The festival’s main stage, appropriately named the Kingman Stage, had the most extensive lineup of the day, with continuous music from 12noon to 8:30pm, with the final three acts serving as an exclamation point for the festival, including Dom Flemons’ American Songster Review, featured artist Jonny Grave, and headliners Gangstagrass.

Two other side stages showcased some standout DMV area acts in beautiful settings. Both the Fraser Stage and Meadow Stage featured sets from outstanding acts from the Charm City. In the middle of the afternoon, the Dirty Grass Players offered a high energy set that closed with the children’s classic “John Jacob Jingleheimer Schmidt,” which got the crowd energized as the sun came out once more. After their set, the band told DC Music Review that they worked the song into their repertoire while “imbibing at practice” and “trying to do something silly,” offering some kind words to fans who’d have the song stuck in their heads for days to come, “We’re the Dirty Grass Players. You’re fucking welcome.” We also caught the Dirty Grass Players at their Kingman Island Pre-Party at Hill Country at the end of May. Closing out the festivities on the Meadow Stage, Baltimore jam-band legend Cris Jacobs (The Bridge, Cris Jacobs Band) played a great set, marked by some passing thunderstorms and featuring fiddle-player Nate Leath sitting in on “Ohoopee River.” Cris’s unique blend of blues, soul and southern rock was a late afternoon highlight of the festival, as expected. Be sure to check out our full interview with Cris backstage after his set here.

In its 9th year, Kingman Island Bluegrass & Folk Festival demonstrated why many fans in attendance called it their “favorite day of the year.” This festival is beautifully organized, benefits a great cause, and brings fans to a part of DC where it is easy to forget about the issues in the city, at least for an afternoon. In 2018, that’s no easy task, but Living Classrooms and DOEE pulls it off, year after year.

Enjoy audio and livestream recordings of performances from several bands courtesy of Will Urquhart: