Lotus Blossoms Beautifully at The National 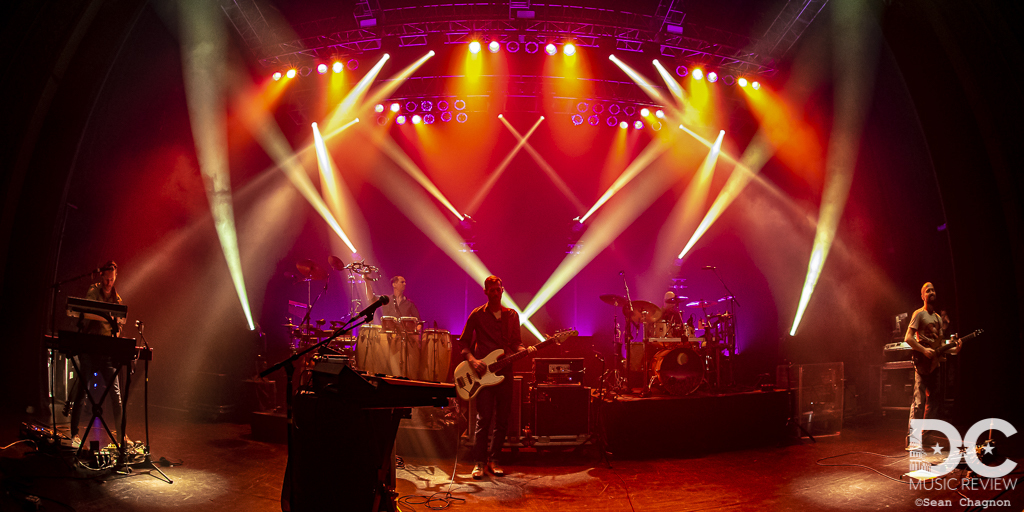 The jam scene has gone in so many directions in the past couple decades, it’s hard to keep track of what is included in it. It would be easier to list what isn’t included, but there’s not going to be much of a list. Bands in the scene have embraced genres from metal to jazz and funk to EDM. Richmond had a fine example of the latter two swing through the beautiful, historic, National Theater for a two night run recently. Lotus and Litz are fine examples of how the scene is growing and splitting off into more niche genres within itself. Lotus is a live action approach to EDM that skips the one person button pushing and intertwines jam improvisation into the steady beats and hooks. Litz digs deep into the world of funk, but doesn’t hesitate to reach into other realms such as dub, electronica, and soul. Richmond was in for two fun nights of musical showmanship with these two talented bands at the helm. Litz opened both nights with that funk that gets you moving no matter who you are. The quartet, which consists of Austin Litz on keys, sax, flute, and vocals, Logan Litz on bass, Dan Gellerman on lead guitar and vocals, and Nick Thrasher on drums, percussion, and vocals, did not hesitate to jump in headfirst and get the crowd amped for the night. Between the catchy choruses and soaring solos, there wasn’t a still body in the house. Occasionally stepping out from behind his keys, Austin Litz would get the crowd stirred up and even work them into a frenzy at times. Litz’s solid foundation in funk is a great addition to any bill or festival. Luckily for the music community, these guys are always hitting the road hard. Keep an eye out for them in your town! Formed in Indiana in 1999 and now based out of Philadelphia, Lotus has not stopped partying like it’s 1999. The quintet is made up of a rock solid rhythm section which consists of Jesse Miller (bass and sampler), Mike Greenfield (drums), and Chuck Morris (percussion), and has Luke Miller (guitar and keyboards) and Mike Rempel (guitar) filling in the melodies to make this one well rounded group that can crank out a night of dance tunes. Their sound is definitely and EDM style, but there are many other facets such as funk, soul, and rock that are interwoven throughout their catalogue. Mike Rempel’s solos are something to behold as he can go from slow melodic grooves and with the flip of a switch, transition into a shred mode that could impress even the most seasoned guitar players. Lotus adds a visual dimension to their music with an equally impressive light show. A multitude of LED beams can be found swirling in the foreground with a massive dot matrix style background that displays various patterns, colors, and even words at times. For a first timer, there is a lot to take in, but once settled in, you’re in for a night of auditory and visual bliss. They currently do not have an abundance of tour dates listed, but the ones that are up are definitely some heavy hitters including Red Rocks, two nights at the Caverns, Backwoods Festival, and Electric Forest.