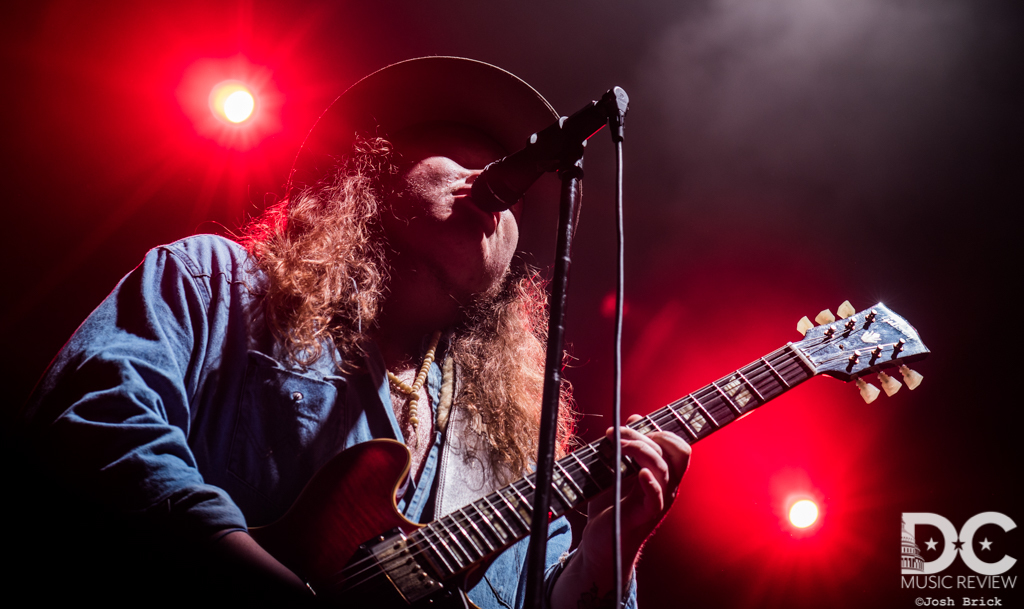 Guitar phenom and South Carolinian Marcus King brought his band to DC on Thursday, February 15, in support of Umphrey's McGee. The Markus King Band (MKB) is a 6-piece unit that blends a multitude of genres including blues, R&B, soul, jazz and rock music.

The band opened with the rocking 'Good Man' to warm up the large crowd at The Anthem. Next came the bluesy 'Keep Your Side Door Open,' highlighting King's raspy vocals and guitar prowess, closing with a dynamic solo on his cherry-red Gibson ES-355. 'Fraudulent Waffle,' off the band's 2015 release, Soul Insight, came next. The original jazz number displayed the bands cohesiveness and included a fantastic solo by Justin Johnson on trumpet. King took the lead next, wowing the crowd with some dazzling guitar work before returning to the song's main riff. Marcus White, playing in the stead of DeShawn Alexander (keys), then took a turn on keys to close out the song. MKB then dropped into the soulful vibe of 'Rita Is Gone,' off the band's 2016 self-titled release. The band was hitting their groove which led the way for Ephraim Owens (trumpet) of Tedeschi Trucks Band to join the fun for the next song, 'Plant Your Corn Early.' The combo of Dean Mitchell (saxophone) and Johnson (trumpet) led from the start, before trade solos with Owens to the delight of the crowd. Jack Ryan (drums) had the spotlight next, with a ripping solo reminiscent of the late, great John Bonham.

The band had one song left, closing with the blues-rocker, 'Virginia.' One could note hints of Warren Haynes, who guests on the studio cut found on The Markus King Band. King led the band with a heavy riff that set the tone throughout. The crowed buzzed as the charismatic guitarist got in the zone with an extended yet tasteful solo marked by some serious bends and some ear-pleasing vibrato. The crowd roared as the band concluded, and DC was left wanting more of Marcus and this impressive band. The Marcus King Band will be back in the area on July 11 at Wolftrap as a part of the Wheels of Soul tour with the Tedeschi Trucks Band and the Drive-By Truckers. DC Music Review had the pleasure of sitting down with Marcus King prior to his show at The Anthem and we are delighted to share the full interview on Will Urquhart's upcoming Scene-In-Review podcast. It was an honor to speak with King on topics including his musical influences, life on the road, and the time he sang 'Purple Rain' as a tribute to Prince.