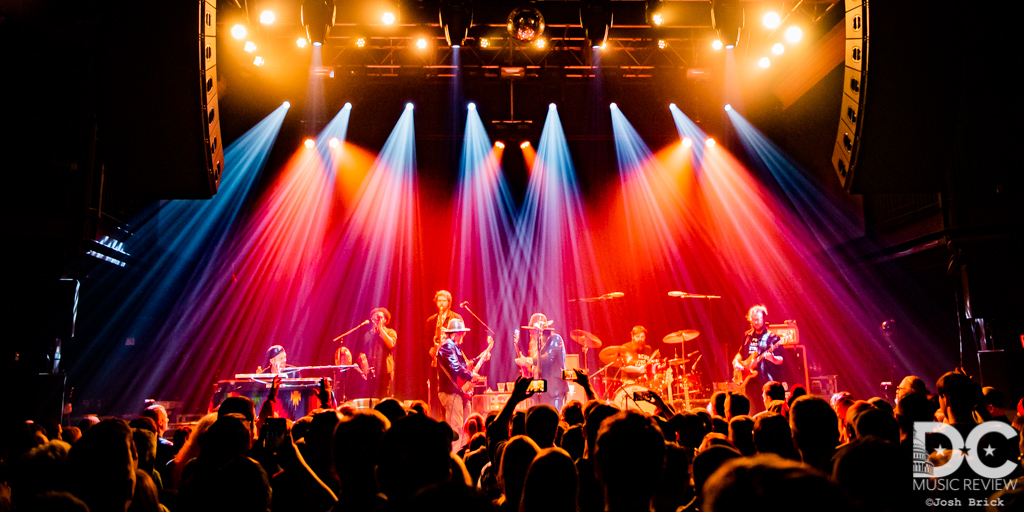 The Marcus King Band showered the 9:30 Club with soul in its latest trip through town at a sold-out Sunday show on December 8.  Delighted to hear the voice that carries the sweet, southern soul on
tours and festival lineups time and time again, the crowd was all in for an evening with Marcus King,
the 23-year-old guitar phenomenon. Preparing for his debut solo album release, the smile seems to be ever present and deserved as he turned on the charm by playing "Virginia" as one of his first songs, much to the delight of the audience.  Picking a variety of artists to cover that seemed to be perfectly curated, he glided through the set list as well as up and down his bevy of guitars that were played throughout the night.

Influenced by them undoubtedly, King and his band paid tribute to musicians like Waylon Jennings, Willie Nelson, Billie Holiday and The Allman Brother Bands, just to name a few. Ticket holders were treated to one of the new songs from his highly anticipated album El Dorado, "Beautiful Stranger" – an enchanting melody that left the crowd wanting more.  Another of his own songs, "Homesick," was something that pulled at the heartstrings and had the entire crowd swaying and singing along.

The energy from the band and lead singer himself was high all show long and each member of the band showed off their talent when Marcus introduced them with his thick southern accent, calling out them and their home city and state.

The collective talent that shared the stage on Sunday was beyond impressive and Marcus had a special treat for the MKB faithful, introducing none other than his father, Marvin King, to the stage. The band launched into a heavy "Cortez the Killer" (Neil Young) before a rousing "Whipping Post" (Allman Brothers Band) that had Marcus and his dad trading some fiery licks in what was an inspired and impressive performance. After a short break from the stage, returned to absolutely slay the encore. King closed the special night with one of his best songs – "Goodbye Carolina" followed by his new rocker, "The Well." An absolute sensation to see live every time, the music world anxiously awaits the album drop and many more years of recordings, performances and collaborations from the southern born and raised musician.

Check out his new singles on your favorite music platform and be sure to listen to it in its entirety when it drops January 17, 2020.