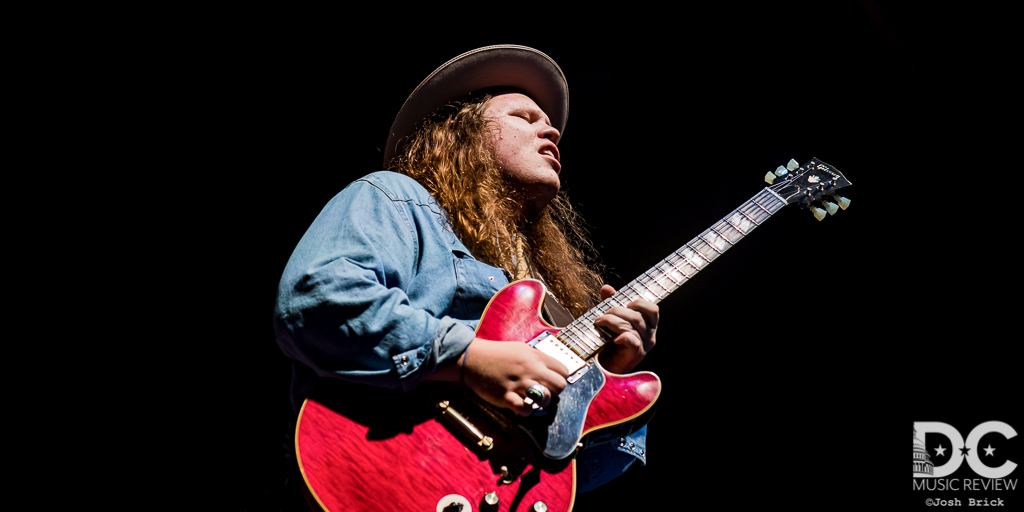 The Marcus King Band (MKB) formed in 2013 in Greenville, South Carolina, when Marcus King was just 17 years old. In 2015, the band released their debut album, Soul Insight. This band has a signature sound and delivers an authentic southern-fried brand of blues and psychedelia inspired by rock n’ roll that is both so powerful and so distinctive. King started performing at an early age and exudes rock and roll charisma. He is immediately recognize as he and the band take the stage, by silhouette alone, with his signature hat and bright red Gibson hollow-body guitar.

The Marcus King Band is no stranger to the DMV having first performed in the now-shuttered Villian & Saint on June 1, 2016. When Villain & Saint owner discussed closing the venue, he was especially sentimental about the Marcus King Band playing four times there (Reference). Since then, the band performed at almost every stage in the region, including The 8x10, The Hamilton, 9:30 Club, Baltimore Soundstage, and The Anthem. For all these performances and the festivals in the DMV we are eternally grateful.

This band still continues to tour constantly and performs at summer music festivals.DCMR considers them a "must-see" act. We are sure that once you see this band perform live, you will be coming back for more of this soulful southern-fried blues rock and roll fusion.

Please click on one of the links in the tag cloud below to find your favorite Marcus King Band and Marcus King  band member photograph captured by one of our photographers. To learn more about Marcus King and The Marcus King Band we recommend the following resources: