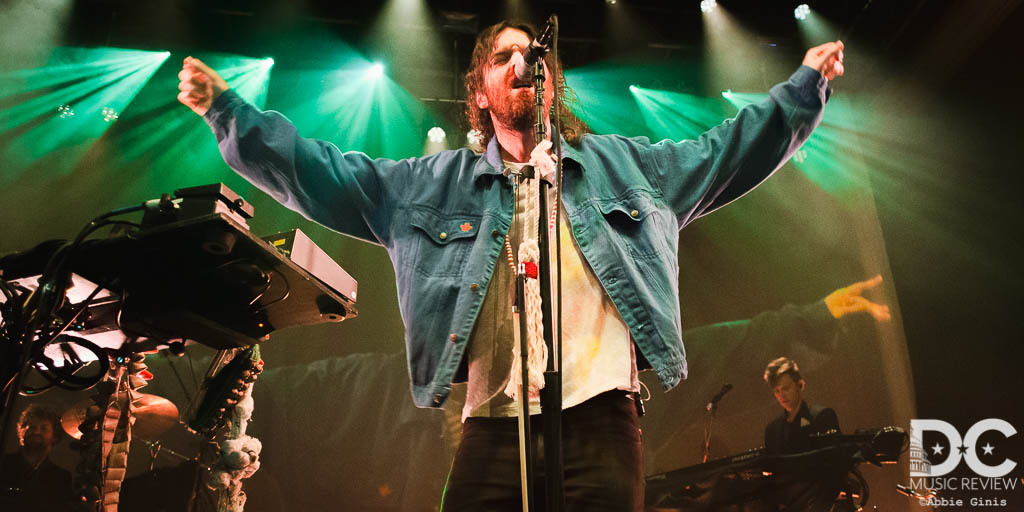 When Nick Murphy killed his Chet Faker alter-ego back in 2016, he simultaneously untethered himself from any associations or preconceptions fans had about him. Chet Faker was the cool persona Murphy wore while his career was first taking off. But now, five years after his debut release, Murphy is showing his true self with his sophomore album. His new music is different. Personal. More dialed back tonally, yet the strong songwriting still shines through.

Murphy’s show at the 9:30 Club reflected this duality, with a performance where the setlist felt genre-less, jumping  between the more electronic, synth-heavy tunes of Built on Glass to the dialed back, indie tracks dominating on his 2019 release Run Fast Sleep Naked.

Playing heavily from the latter, Murphy kicked off the night with “Hear it Now,” a instrumentally simple track that showcased his impressive vocal range. The somewhat melancholic start smoothly led into 2014’s “Gold”, one of the many hits that helped propel Murphy to stardom.

Enhanced by visually stimulating graphics decorating the background, Murphy’s show felt like a full-body experience, one that commanded all the senses. Backed by an impressively talented band, there was rarely a silent moment, with expertly crafted ambient chords floating from the stage, filling the few empty gaps in the crowd with soft synth. Opening band, Beacon, complemented Murphy’s sounds with their chill, Tame Impala inspired, psychedelic tunes. Sounding like something that could be found on Spotify’s “Bedroom Pop” playlist, Beacon opted for the shadows, letting their music do the talking for them.

Overall, the show felt unexpectedly dialed back, relaxed, and soulful, rather than the sexy and electronic sounds I typically associated with Murphy. I felt like I was rediscovering an artist I’d been listening to for half a decade. With his iconic vocals paired with the powerful presence of the saxophone and bass, Murphy’s show was both delightfully surprising and personal.

Throughout the night, Murphy slowly opened up and let concert-goers have a glimpse into himself and into his process.  With a deep sigh that dragged on for seconds, Murphy introduced his first encore song, "Believe Me,"  as being about "killing yourself trying to do something you love."  His hard work and passion was very nearly tangible, and Murphy expressed his gratitude at every available moment, thanking the audience for being present to listen to the mix of songs  that "represent [his] time on earth".

Due to the wide array of sounds that peppered the 9:30 Club that night, it felt like Murphy is still trying to figure himself out. And I’m totally okay with that, as long as we all get to join him for the journey.

Click here to see the setlist for Nick Murphy's performance at 9:30 Club on Wednesday, July 10, 2019