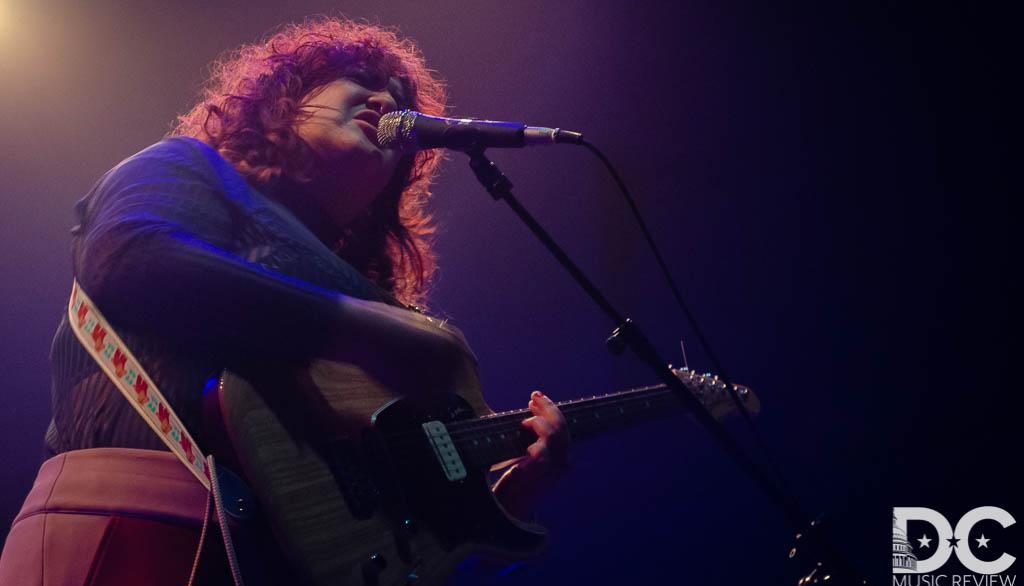 Boston’s Palehound is the low-fi indie project of Ellen Kempner, a charismatic leading lady with a knack for storytelling. Although the 9:30 Club was filled to capacity Sunday night, with the warm lights and rich vocals coating the evening, the venue felt as intimate as a living room. Kempner performed, both with her music and her stories, as though she were in the presence of dear friends, wearing her emotions on her sleeve. Illustrating her numerous trips to DC, each story was accompanied by an anecdote that allowed us a better understanding of the woman behind the music.

Palehound kicked off the night with “If You Met Her”, an upbeat track with heavy undertones that started off the set on a deceptively positive and energetic note. Although additional high energy tracks did follow, the rest of the night took a more melancholy turn, with a setlist that favored her newest album Black Friday.

The live rendition of “Cinnamon”, a track from Palehound’s debut album Dry Food, had a level of intensity unheard of on the recording. Kempner performed the chorus with a bit of a growl and power, which were sacrificed on the album in favor of a funky-synth autotune. Although the recorded music is fantastic, Palehound is a much richer experience in person. Big Thief followed Palehound for their headlining performance. Quietly taking their places on a bare stage, front woman Adrienne Lenker (vocals, guitar) started their set with a solo rendition of “Zombie”. From the first note, it was clear that Big Thief needs no fancy backdrop or lighting to impress — they are the real deal, and the quartet of musicians play with a power and confidence that is rarely seen .

Both Palehound and Big Thief are easy bands to love, with beautiful powerful music that stuns and transcends. If you ever have a chance to catch either, do.