Rhett Miller Entertains The Soundry with Songs and Stories 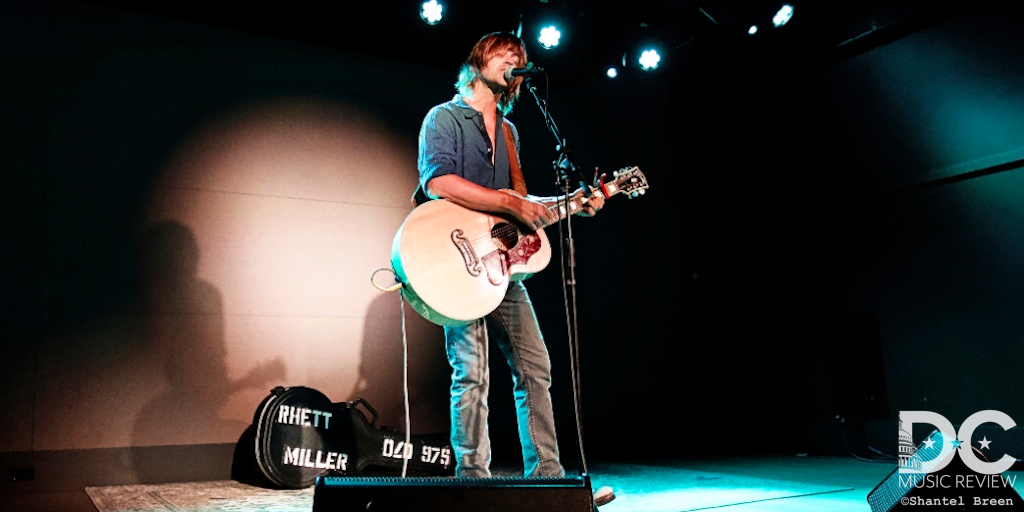 “I told myself, It’s Sunday night… don’t talk.  These people want to get home…”, Rhett Miller laughed while reflecting in the middle of a story.  Oh, I don’t think you have to worry, Rhett.  I’m sure this audience doesn’t mind listening to you talk all night long!

The Old 97’s front man, Rhett Miller, often performs solo and this past weekend, he treated the DC area to not one, but two outstanding performances.  Saturday night he played The City Winery in Washington, DC.  Then on Sunday night he stopped by The Soundry in Columbia, MD for a second round of acoustic performances of songs by both his solo work and the Old 97s. The line outside of The Soundry began forming nearly an hour before the doors opened.  Rhett Miller sauntered into the venue for a quick soundcheck just minutes before fans were able to enter the venue.  He carried nothing more than his guitar and a bag over his shoulder.  He smiled and waved at the eager fans waiting in line.  When the doors opened, the seated tables filled quickly.  The stage was simple. A carpet covered the center of the stage, a single mic in the middle, and Rhett Miller’s guitar propped up against the back wall.

Rhett took the stage to a single spot light and greeted us all with a big smile.  He thanked everyone for being there and jumped immediately into “Doreen”, a fast-paced song from the Old 97’s 1995 album, Wreck Your Life.  Fast forwarding in time to 2017, Rhett performed “Bad Luck Charm”, a single the Old 97’s most recent album, Graveyard Whistling.  After a few songs, he began entertaining the crowd with stories. This made the evening feel more like a night out with a good friend rather than a concert.  He told us about how songs were written, past girlfriends, how he met his wife, and experiences he shared with other musicians and artists. The 24-song set list contained mostly songs from the Old 97’s catalog.  He only performed 4 songs from his solo albums: “Four-Eyed Girl”, “Fair Enough”, “World Inside the World”, and “Fireflies”.  Nearly two hours later, Rhett started to wrap up the evening’s performance. He treated the audience to a 5-song encore, including three outstanding acoustic covers:  “Wave of Mutilation” (The Pixies), “I Wanna Be Sedated” (Ramones), and “American Girl” (Tom Petty and the Heartbreakers).  Then just as energetically as it began, the night ended with the Old 97’s hit single, “Timebomb”.

Rhett Miller as well as his band, the Old 97’s, never disappoint!  If you have not had the pleasure of seeing these boys perform, you will have your chance on December 7th at the Theatre of Living Arts in Philadelphia!

Click here to see the setlist for Rhett Miller's performance at The Soundry  on Friday, September 16, 2018

12. World Inside the World

3. I Wanna Be Sedated (Ramones cover)