Roosevelt Collier Joins Railroad Earth On The Road to the 9:30 Club 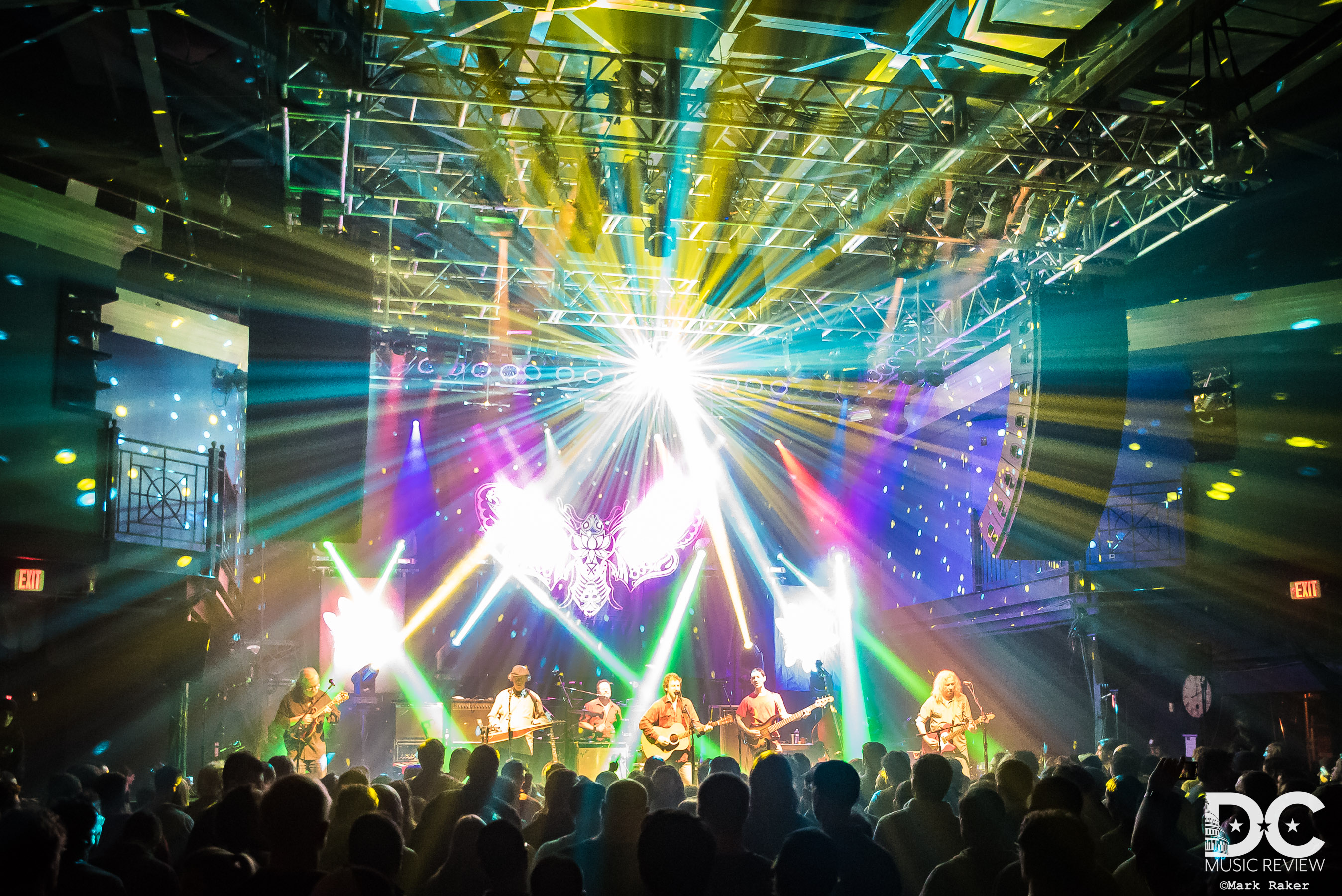 Railroad Earth had an exciting two-night run at the 9:30 Club in Washington D.C. on February 23-24. The house was packed with both loyal and new fans coming out for the Hobo Experience. Opening for Railroad Earth was the Roosevelt Collier Trio both nights with Rosie guesting in on a few songs. On Saturday, Roosevelt got the crowd going with varied selection raging pedal sacred steel, funk and blues. He said their job was to warm up the stage and that they did. One of the crowd favorites was 'Come Together.' He also sat in for the first two songs of the second set with Railroad Earth, on 'Elko' and 'My Sisters and Brothers'. Railroad Earth opened the first set on Saturday with 'Chasin’ a Rainbow,' followed by some great fan-favorite jams throughout. The last song of the set was a rocking version of 'Dandelion Wine' which had the crowd stomping and waning for more. After a short 20-minute set break, Railroad Earth came back and opened the second set with 'Elko,' and Rosie sitting in on the lap steel. Dozens of decks of cards went flying on cue when Todd Sheaffer hit the chorus lines “I need a card, Hit me Lord, But not too hard“. The second song of the set kept the crowd pumped up with 'My Sisters and Brothers' with Andy Goessling thrilling the crowd as he played two saxophones simultaneously. When they got to 'Mighty River,' almost everyone was dancing hard; even the bartenders were having a great time.

Throughout the  show, the band played tag with strong leads back and forth. There were a number of times when Tim Carbone was jamming on the fiddle and dueling with John Skehan or Goessling on the mandolin or banjo, Sheaffer on guitar, Carey Harmon on drums and Andrew Altman on bass. The last songs, 'New Lee Highway Blues' into 'Fiddlee,' were played with such high energy the packed crowd wasn’t ready for the show to end. The encore 'Waggin’ the Dog' was a strong end to a great show. People were still singing and dancing as they worked their way outside. We knew the show would have to end but it seemed like Railroad Earth left most people wanting more, even after two nights.

Click here to see the setlist for Railroad Earth's performance at the 9:30 Club

2. Bringin' My Baby Back Home

1. Way of the Buffalo

2. Saddle of the Sun

2. My Sisters and Brothers (with Roosevelt Collier on Steel Lap)