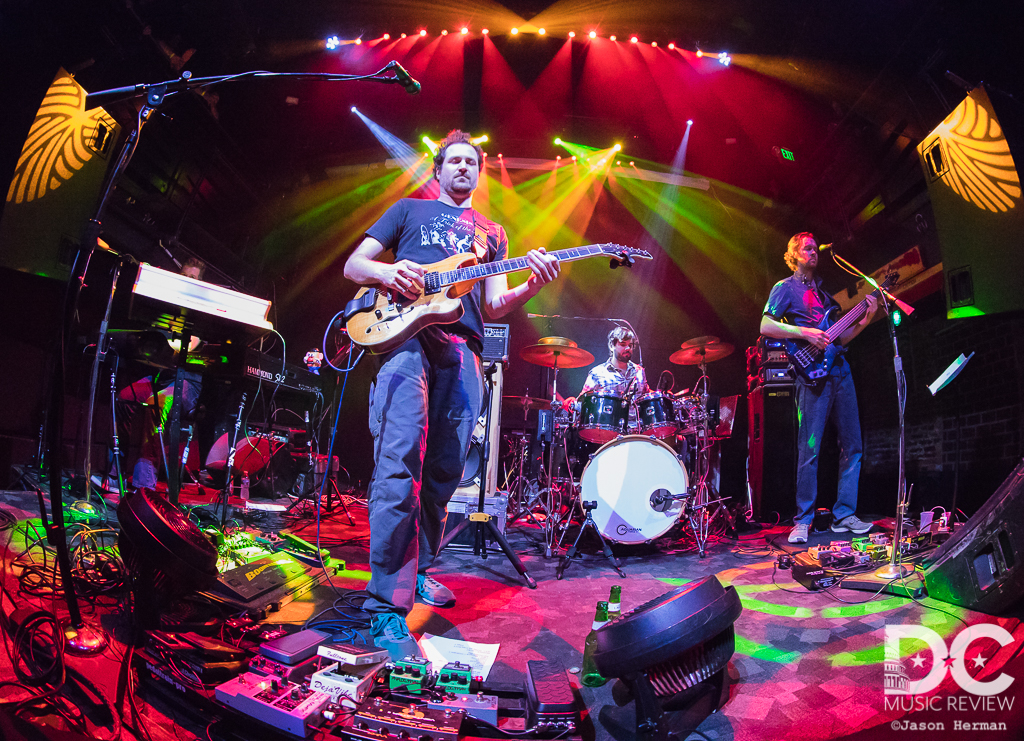 Runaway Gin - A Tribute to Phish, the world's most active Phish Tribute Band based out of Charleston, South Carolina announced their 2018 Winter Melts Tour. The tour starts off in Atlanta, Georgia where the band will celebrate their fourth anniversary. Also included in this tour will be a "concept show" performance, We've Got A Saxophone, when they play a 2-night run in their hometown at the Charleston Pour House.

Since their inception in 2014, Runaway Gin has performed over 250 shows. Runaway Gin not only performs Phish songs, but embraces the essence of the band. During any given performance, audience members will be surprised and delighted by what they see on stage. Some nights band members will change instruments ala “Walfredo,” or they’ll lay down some blistering Type II Jams. Other nights the band may spell out something in their setlist such as "TOM MARSHALL", or even sometimes special guests such as Tom Marshall himself may show up on stage. 2017 was a very busy and exciting time for Runaway Gin. In the Fall of 2017, Runaway Gin executed one of their most ambitious shenanigans of all. When the band performed in Philadelphia they teamed up with Federal Donuts who provided donuts for Phish's Summer 2017 Bakers Dozen residency. Runaway Gin performed a mystery donut theme show, just as Phish had done at Madison Square Garden, and handed out a limited number of themed at door before the performance. To the delight of many in attendance the mystery donut was bacon.

While DC Music Review cannot promise donuts at any of the venues, we can ensure that Runaway Gin will put on an exceptional show.

The Washington DC, Maryland, and Virginia region (The DMV) is fortunate to host six of the twenty one performances. Please see the following list of DMV performances by Runaway Gin.

If you have not already seen Runaway Gin live, please watch the following performance at The 8x10 in Baltimore, MD in September of 2017.