Runaway Gin Returns to the 8×10 in Baltimore 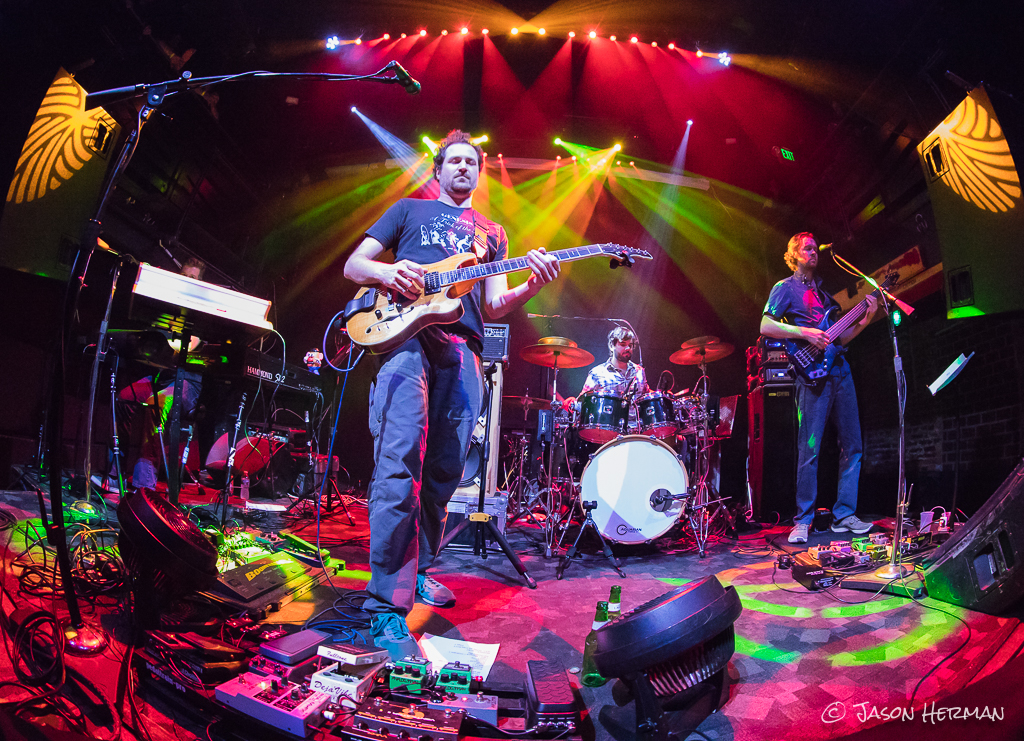 Sometimes when attending a concert you receive subtle but distinct cosmic message that tonight you are going to see a tremendous show.  When entering the venue tonight to see Runaway Gin, The 8x10 placed an admission bracelet with the message "Trust In The Music."  Tonight we trusted our concert experience to Runaway Gin for our musical experience and they did not let us down.

Formed in 2014, Runaway Gin, is the most active Phish Tribute Band and just this week completed their 250th performance.

Runaway Gin is not just a "tribute band" in the conventional sense.  They truly capture the essence of the Phish experience and the bands performance; amazing musical interchanges and subtle musical communication  between band members, Type II Jams, and unexpected antics on stage.

In so many concerts in the past, keyboardist John Fitzgerald, and guitarist Andy Greenberg playfully adjusted Fitzgerald's Mr. Potoato Head's eyes in between songs.  Tonight was serious business and there was hardly time for band members to interact with  Mr. Potato Head.  The band ​started with a blistering "Blaze On" and did not stop for another few hours.  Runaway Gin's 251st performance was no doubt a special one indeed.

Runaway Gin's concert experience is filled with so many delightful moments that their setlist are almost always littered with performance notes.  Tonight was no exception as the band had several amazing Type II Jams, most notably in "Rock and Roll."  During "Bathtub Ginl" lyrics from "Rock and Roll" were tossed into the song and at  the end of "The Squirming Coil" three out of four members of the band switched instruments, Andy Greenberg switching to drums, drummer John Pope switching to bass, and bassist Bobby Hogg switching to the guitar, the later delivering a blistering guitar solo.  The instrument change was pure magic as each band member seemed to be at ease on the new instrument and Andy Greenberg sharing an ear to ear grin as he played the drums.  Audience members felt as if they were at a Phish concert, experiencing the unexpected and loving every note of it.

Throughout the night Runaway Gin left audience members turning to one another asking "Did they just tease that song in there?" and beaming ear to ear.  Above all else, Runaway Gin, left the audience in a state of complete musical bliss and feverishly dancing throughout the venue.​

Performance 251 is in the books and we look forward to celebrating their 500th, 750th, 1000th performances in the many years to come.

The Squirming Coil (with Rotation Jam)

Punch You in the Eye