Shakey Graves Captivates the Room on the First of Two Sold-Out Shows at the 9:30 Club 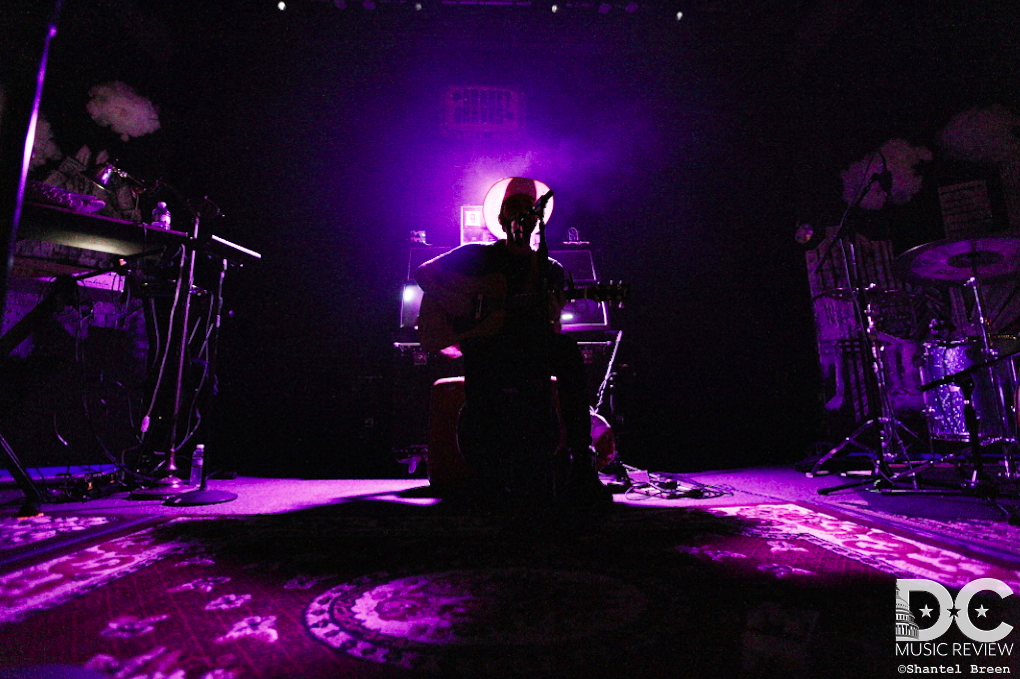 Below a bobbing, black-lit cowboy hat, a shadowy figure picked up a guitar and plucked a pulsing fingerpicking rhythm, murmuring the opening lines of a crowd favorite, “Only Son”:  “I used to be an only son / My heart was but a stranger.”  The figure’s voice moved slowly through an emotional build and grew to a raspy, tortured holler, snapping the crowd out of its captivated silence and drawing powerful howls from the pit.  An eerie quiet followed, matching the near-total darkness on stage, and the cowboy-hatted shadow delivered the song’s final lyric with a delicate whisper.

And like that, Austin-based singer-songwriter Shakey Graves kicked off the first of two sold-out nights at the 9:30 Club.  The opening song, and the theatrics of it being performed in the dark, immediately revealed a crucial reason for Shakey’s continued ramp of success since his first full-length album release in 2011.  Shakey doesn’t perform from a pedestal; he stands in the dark with us, makes casual conversation with us, and at times feels like as much a fan as a performer, shooting a giddy smile up at the disco ball when it suddenly lights up the venue’s rafters.

The vibe of familiarity and intimacy lays all the necessary groundwork for Shakey’s brand of stripped down, busking-style sound to hit the hardest.  Alternating foot-stomps thump a red suitcase for a kick drum and a tambourine on the floor; an active right-hand propels the guitar’s constantly chugging engine; and a raw and weathered vocal tone stirs up an emotive fervor.  It’s a sound that harkens back to the early acoustic blues masters that predated rock and roll—Lead Belly, Skip James, Mississippi John Hurt—but also introduces a fresh take.  Playing in 2018 allows Shakey a liberty these artists never could have known, breaking out of the typical open chords and blues shapes that characterized that early American music and incorporating elements of the grunge and indie rock movements that came decades later.  The full-band rendition of “Perfect Parts” that came as the fourth song in the set, for instance, is nearly impossible to imagine existing in a world before Pearl Jam and Modest Mouse.

This tour finds Shakey at an intriguing fork in the road.  Several years after his switch from purely solo artist to full band, the just-released new album Can’t Wake Up reveals Shakey trying on a handful of new stylistic directions that were all on display on Tuesday night. 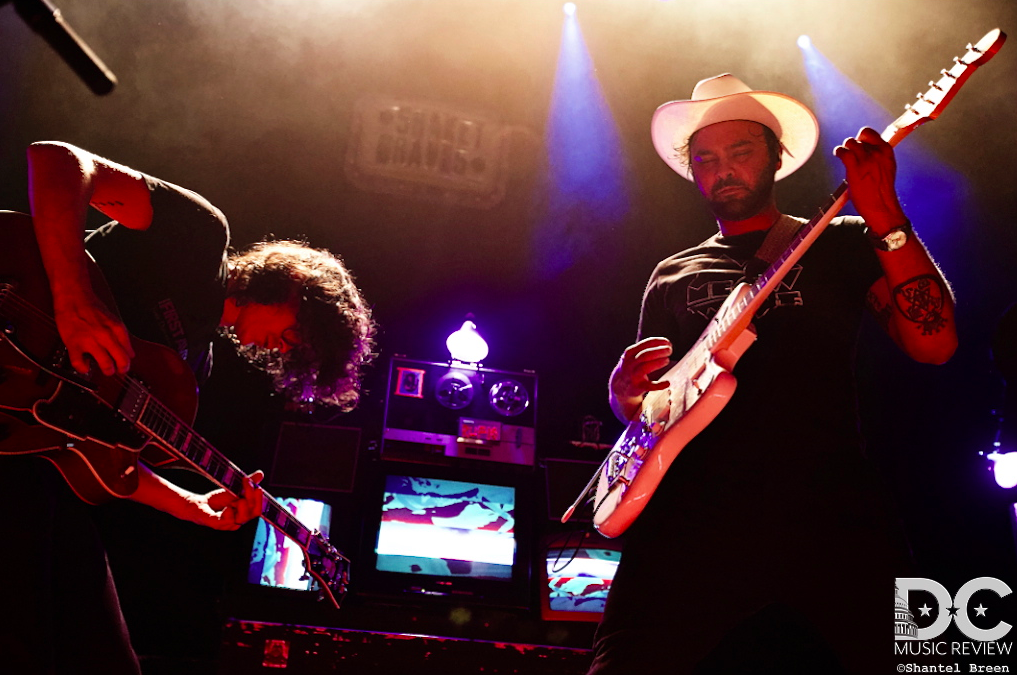 The set’s last four songs before the closer, for example, featured the full band rejoining Shakey on stage after a string of solo songs and playing a diverse handful of the new material.  “Climb on the Cross” paired a front-and-center bassline with reverby guitars reminiscent of Mac Demarco’s Salad Days.  “Mansion Door” ventured into indie pop and then a heavily rocked out bridge section and guitar solo that could be straight off Weezer’s blue album.  “Counting Sheep” brought guitarist Patrick O’Connor to the forefront with Shakey for a repeated, harmonized dual-guitar riff.  And “Cops and Robbers” dabbled in early-sixties pop, highlighted by Christopher Boosahda’s Ringo-style drumbeat (specifically, the one heard on such early Beatles tunes as “Please Please Me,” “From Me To You,” and “It Won’t Be Long”).

Still, through all the experimentation, it’s clear that Shakey knows his strengths.  The two-song encore was Shakey at his most effective: alone with his guitar, his voice, and his stomping feet.  A few palm-muted chords were all it took to spark the crowd aggressively clapping to the beat of “Roll the Bones” and “Late July,” doing their best to keep up with Shakey’s signature sudden tempo changes.  Speeding up, slowing down, then suddenly stopping and coming back in at a breakneck pace, Shakey manipulated the energy in the room with ease and attitude, grounding it all in the infectious plucking pattern of his right hand.  Sometimes perhaps you need to do something different to find out that you had it figured out right from the start.

Check out the setlist below and photos of the show from our photographer Shantel Breen, including of opening band And The Kids.

[2] With banter introducing the next three songs as about the same character in Shakey's life who "blames all their problems on anything but their own actions."

[3] With banter about Shakey's first visit to New York City and first time meeting a prostitute--"Monique the Freak"--to whom he dedicated the song.

[4] With banter noting that the song is "about drinking and driving, which I do not condone" and was written specifically about drinking "Georgia Moon" moonshine on a cross-country road trip. 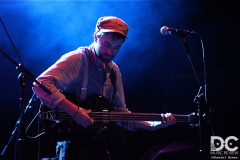 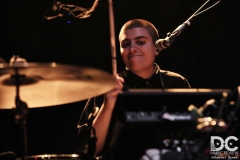 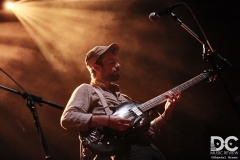 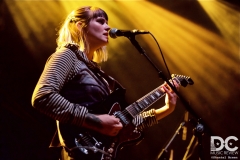 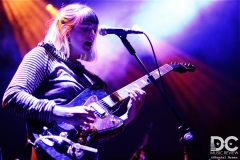 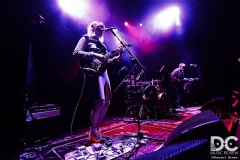 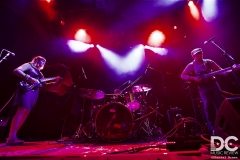 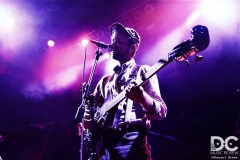 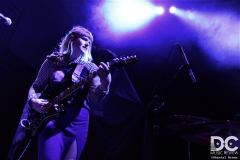 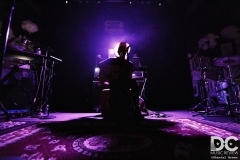 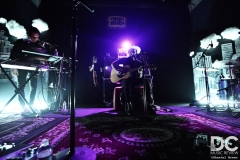 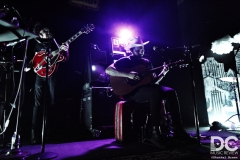 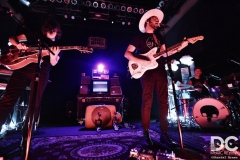 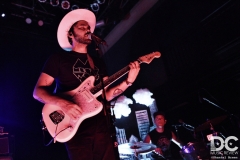 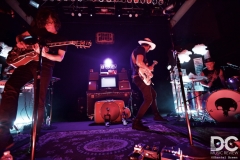 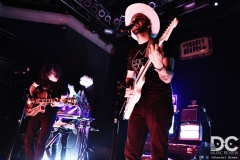 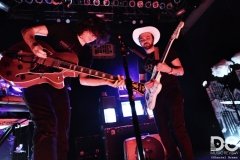 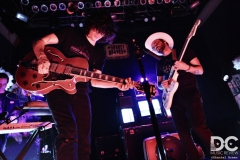 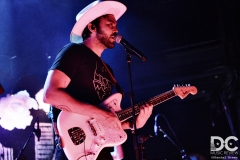 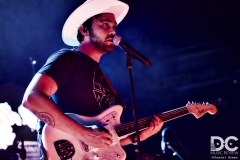