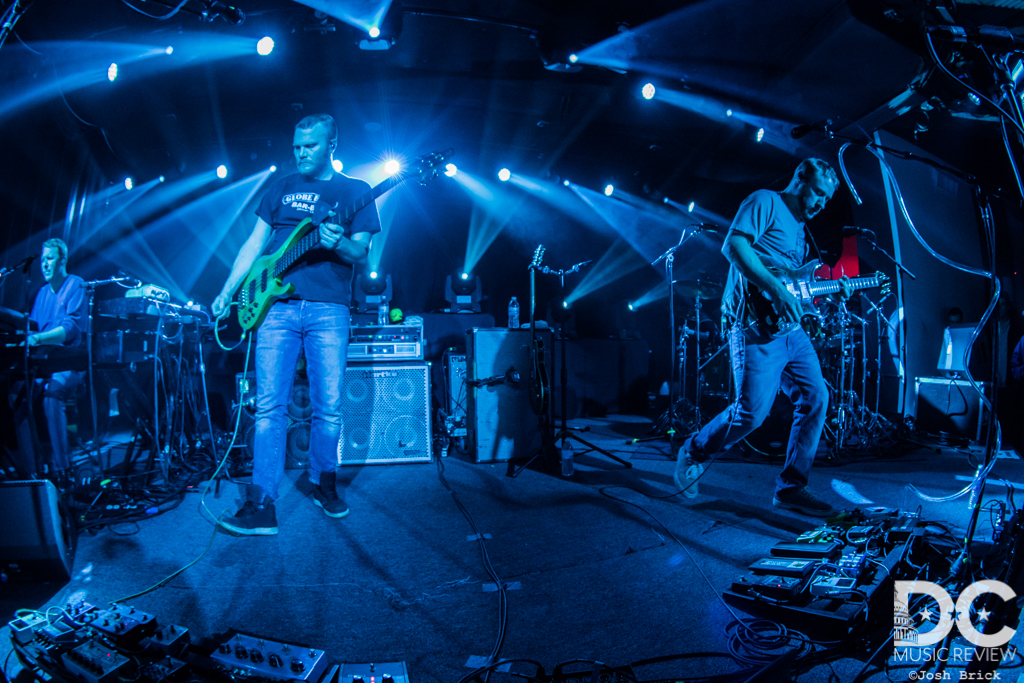 Spafford performed to a sold out Union Stage in Washington, DC on Thursday, January 25, 2018. The band was exceptionally well received during their first performance in DC. Midway through the second set, Fairless acknowledge DC's exuberant embrace, "DC! How you feeling?  Good to be here and nice to see you!"  Fans left energized by a lengthy two-set performance where they pulsated and vibrated to one beautiful jam after another while being mesmerized by Johnson's light show.

Formed in 2009, Spafford has been steadily touring the US and with each successive tour has expanded their range from their hometown of Prescott, AZ. They continue to amaze audiences, amass a growing fanbase and radiate a buzz of “you got to see this band when they come within driving distance of you”. In 2017, Spafford opened for Umphrey's McGee at several shows, performed at Peach Festival and The National in Richmond, VA. These strong performances gave DMV fans a first hand account of how exceptional this band is. In late 2017, Spafford announced they would be performing at the newly opened Union Stage at The Wharf. Spafford is a jam band that blends rock, funk, jazz, reggae, ska, and electric pop. Some audience members could hear hints of moe., String Cheese Incident, Phish, and Sublime. Despite drawing on these influences, Spafford performs to a sound all their own. What makes this band truly a delight to listen to is the effortless interplay between the musicians and their instruments creating complex and delightful songs featuring extended jams accentuated by musical peaks and bursts of light.

DC Music Review looks forward to Spafford's return to the DMV and is happy to report that the buzz this band continues to garner is well deserved.

Click here to see the setlist for Spafford's performance at Union Stage in Washington, DC  on January25, 2018

2. Leave the Light On Can you spot the difference between the pre-show setlist and the show setlist?