Staycation Blazes at 9:30 Club on 420 Opening for Lotus [Photo/Audio/Video] 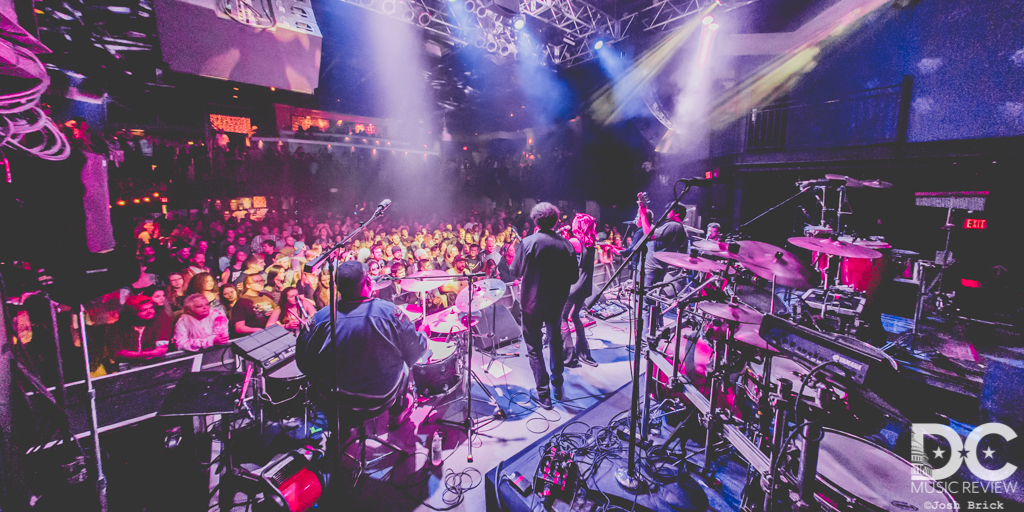 Staycation's set featured  mostly originals, opening with 'Escape Plan,' the title track on the band's 2017 EP release. Nikhel Sus (guitar, vocals) put his guitar chops on display during an extended outro jam as Zack Be (keys) layered the band's sound with some spacey synth. 'Shapeshifter' followed, that showcased the rhythm section featuring David Ray (drums) and Neel Singh (bass). The band got extra funky while Singh held it down on the very low end before crescendoing towards the end of the song. The aptly-named 'Keep on Moving' got the crowd dancing with a sound reminiscent of a cross between The Talking Heads, David Bowie and Umphrey's Mcgee. The set's only cover was an excellent take of My Morning Jacket's 'Touch Me I'm Going to Scream Pt. 2'. Sus took lead vocals on the first verse before Tula Pisano (vocals) had a chance to shine on the mic. The crowd was left stunned at her vocal prowess as she hit seemingly unfathomable notes, at times echoing the sound of a world-class opera singer. 'Ready To Go' followed, and featured Will Sautter on alto saxophone. The band's 'party' sound was in full force as they settled into a cohesive groove, allowing each member to have a go. The crowd was buzzing as Staycation brought their set to a close with 'Intellectual Property,' another funk/jam number. The band jammed out on the closer, bringing their layered sound to an epic crescendo to the delight of the crowd.