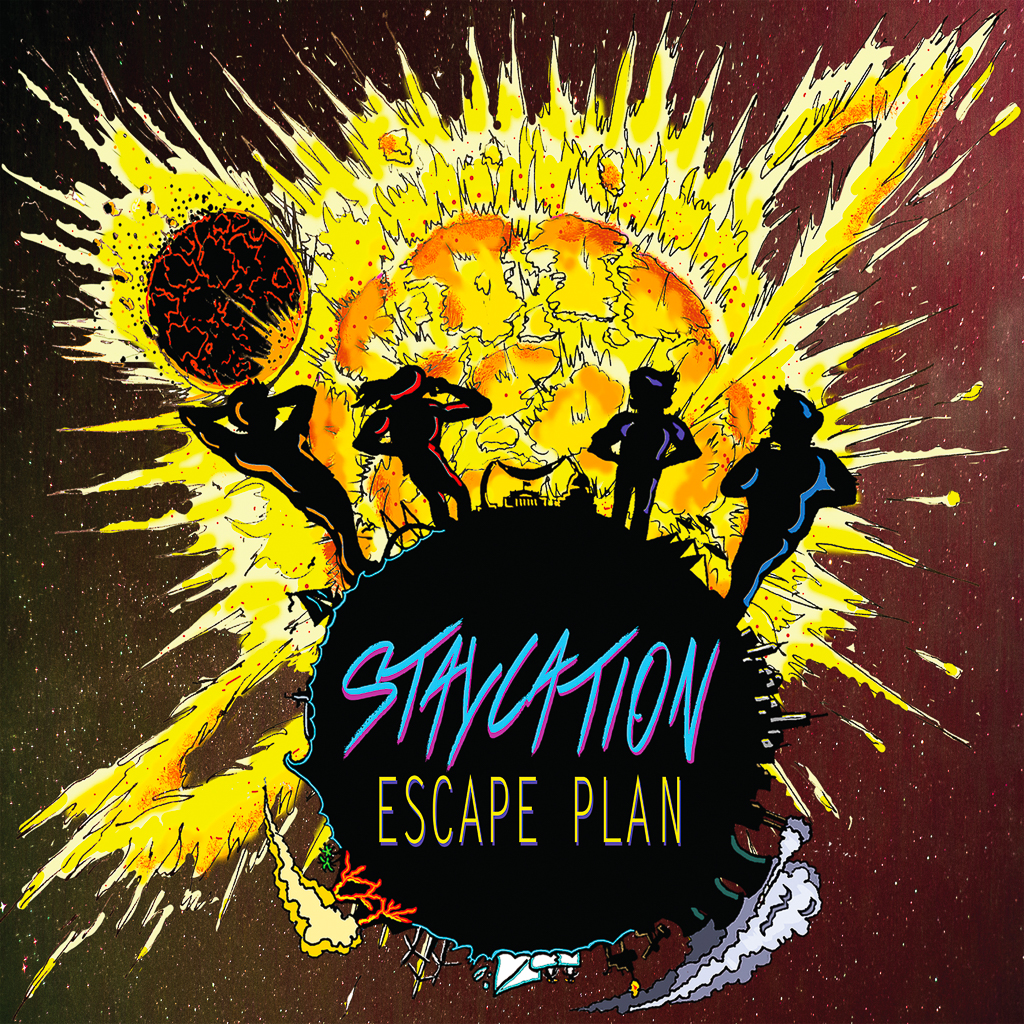 If you have been to a concert in and around Washington, D.C., you have undoubtedly run into one of the members of Staycation and may have even seen them perform.

This band has just recently released a new EP album, Escape Plan that uses heavy-hitting riffs with electro grooves, smooth horns, and lyrics evoking hints of sci-fi and soul.  The band describes their sounds as "It’s as if My Morning Jacket and Hall & Oates had a baby, and hired Daft Punk to be the nanny. "

The album is available on all major platforms, including:

If you want to have a physical copy of this album, the band will be selling this album at all upcoming performances.  Please make sure to stop by their vending table to pick up a copy.

For more information about Staycation, please go to their website.