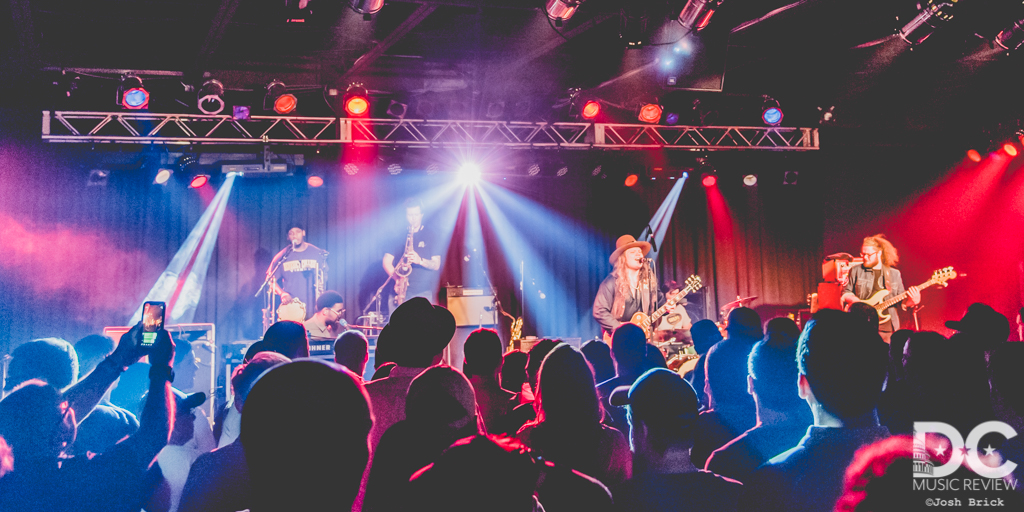 The Marcus King Band (MKB) returns to the DMV area tonight, headlining the historic 9:30 Club in the middle of their winter tour. The southern rock/jam/soul/funk/jazz/jam fusion outfit is touring in support of its latest release, Carolina Confessions, released on October 5. The album has deservedly received rave reviews and is their most complete release to date. The Marcus King Band at Birchmere Flex Stage in August.

DC Music Review has been fortunate to catch Marcus King (guitar, vocals) several times in the area in 2018, with his most recent appearance with Lettuce at The Anthem on November 3. The entire band performed at the same venue in January, opening for Umphrey's McGee before embarking on the 2018 Wheels of Soul tour with the Tedeschi Trucks Band and Drive-By Truckers. In August, MKB headlined The Bichmere Flex Stage with a memorable performance that included a special tribute to the recently passed Queen of Soul, Aretha Franklin.

Tonight, the fast-rising sextet takes the stage at one of the best music rooms in the country, and is primed for a spectacular performance. The Marcus King Band has been wowing audiences in the Northeast and Midwest and will have a few days off before heading southbound for a number of shows in Georgia. Don't miss one of the hottest bands on the blues/jam scene tonight in DC. You will not regret it!