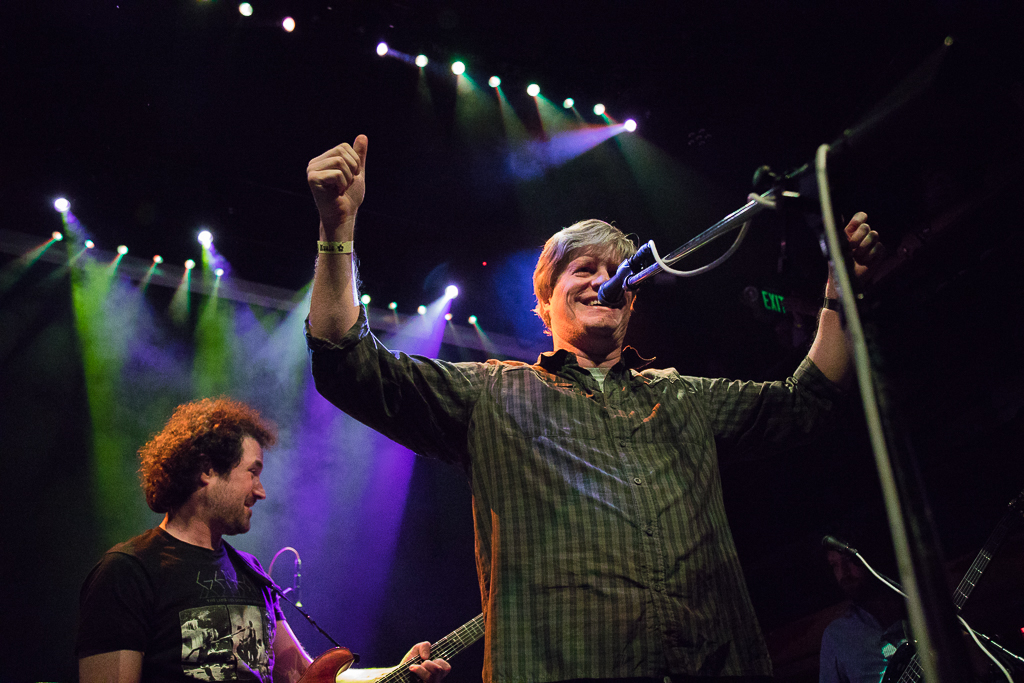 Tonight Tom Marshall joined Runaway Gin for a truly unforgettable performance at the 8x10 Club in Baltimore, Maryland. Guests whispered to one another as Tom Marshall was mysteriously spotted at the back of the bar during the first set. Guests wondered how and even why Tom was at the bar and would he actually join the band onstage. For those who kept track of the Runaway Gin setlist a-la Dick's Sporting Goods, there was no doubt. The first set setlist spelled out T-O-M M-A-R-S-H-A-L-L. Lead Guitarist, Andy Greenberg, later explained how Runaway Gin had been interviewed by Tom Marshall for his new podcast, Under The Scales, Episode 13. Speaking exclusively to Music Sounds The Way We Feel photographer and journalist, Jason Herman, Andy explained that despite him appearing to be as commanding on stage and "cool as a cucumber", inside he was very nervous and felt surreal to be singing lyrics written by Tom Marshall while looking out across the audience and to the back of the bar where Tom Marshal was waiting to join Runaway Gin onstage.

Listen to Andy Greenberg talk to Tom Marshall in Under the Scales, Episode 13.